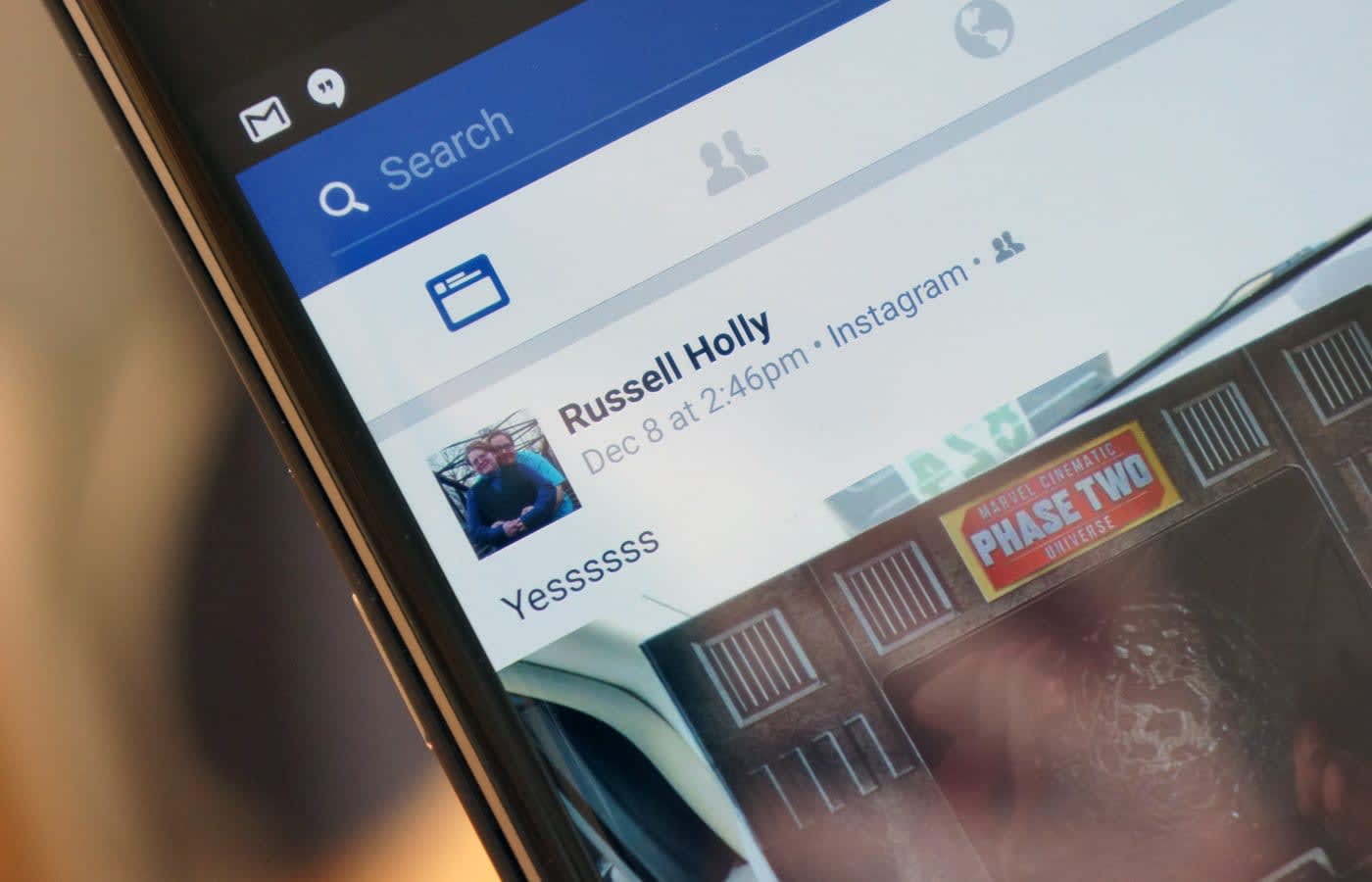 Facebook typically floats stories to the top of your News Feed based on how likely people are to interact with them, but as you can probably attest, that's not how it works in real life. Just because you're interested in a post doesn't mean you want to like it or leave a comment, does it? Thankfully, Facebook knows the score. The social network is updating News Feed to prioritize stories based on both interactions and survey-based research on relevancy. The move could show you more intriguing stories that would otherwise slip underneath the radar.

The company doesn't think this change will rock the boat for most company and celebrity pages, since interaction tends to follow likes. However, this could do a lot to discourage people from gaming the system by asking for a ton of interaction. The effort might boost a story in the short term, but it'll quickly lose its luster as the relevancy code kicks in. Facebook's tweaking is no doubt meant to keep you around so that you see more ads, but that's fine if it eliminates some of the fluff in your timeline.

Source: Facebook Newsroom
In this article: culture, facebook, internet, newsfeed, services, socialnetwork, socialnetworking
All products recommended by Engadget are selected by our editorial team, independent of our parent company. Some of our stories include affiliate links. If you buy something through one of these links, we may earn an affiliate commission.