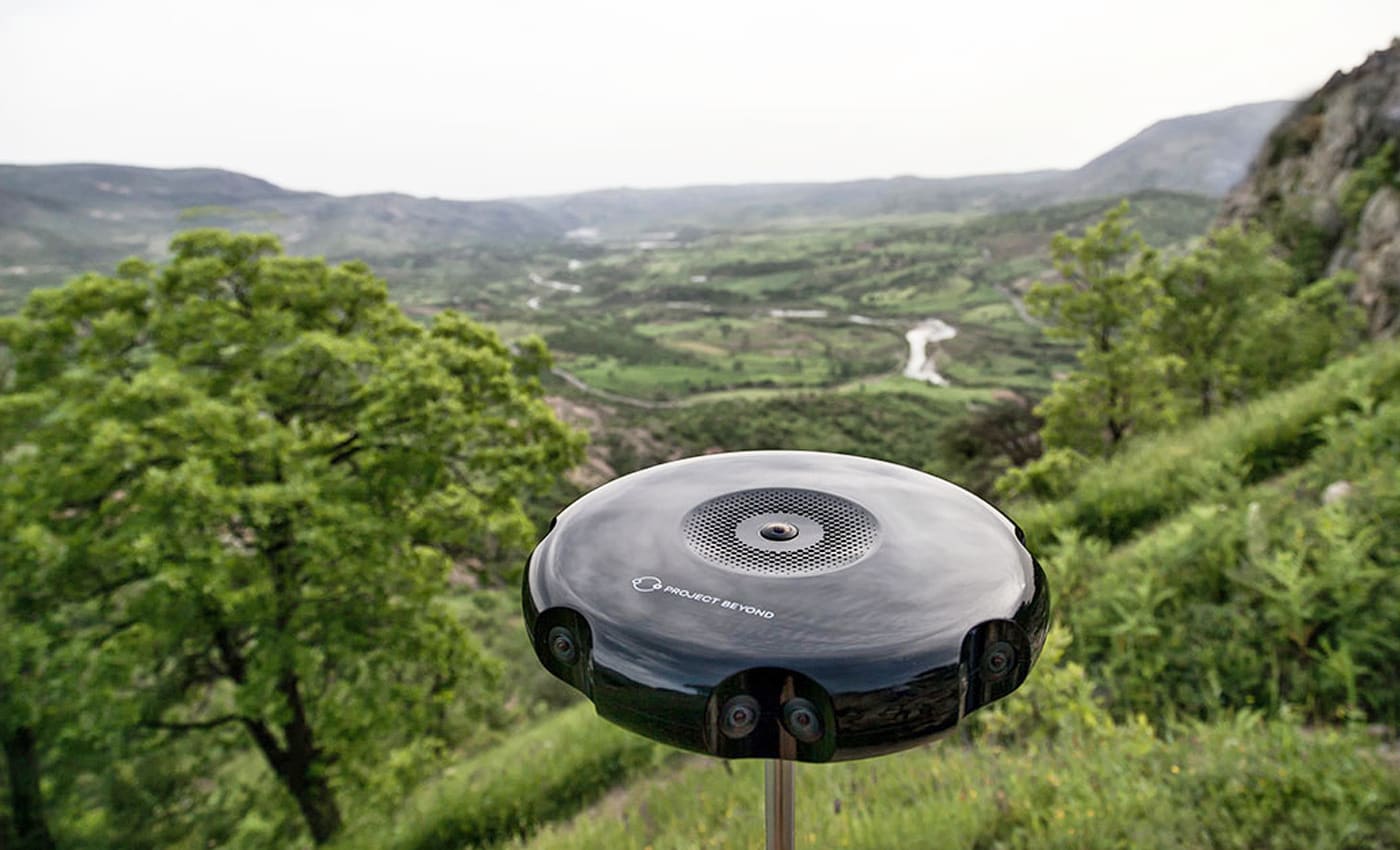 Tired of waiting for Samsung's virtual reality-oriented Project Beyond camera to be more than just a well-meaning idea? You might just get your hands on it (or rather, something like it) soon. SamMobile sources hear that Samsung is preparing to launch a finished VR camera, the Gear 360, alongside the Galaxy S7 on February 21st. From the sounds of it, this device won't be as elaborate as Project Beyond -- it'll have two 180-degree fisheye cameras (à la devices like Nikon's KeyMission 360) rather than the abundance of cams on the concept. It'll record a 4K wrap-around picture if you use both lenses, though, and will have trick modes like split image views, panoramas and timelapses. There's no word on whether or not you can stream live footage online.

This remains a rumor, so you might not want to set aside some cash for the Gear 360 just yet. With that said, a launch simultaneous with the Galaxy S7 would make sense. Tech enthusiasts everywhere will already be watching, and Samsung itself makes a big deal out of VR in its Unpacked event teaser. The big questions are the price and compatibility. Will this be affordable enough that you can pick one up out of sheer curiosity? And will it work with phones that aren't made by Samsung? If the claims are accurate, you may get your answers in a few weeks.

Via: The Verge
Source: SamMobile
In this article: 360degree, camera, cameras, gear, gear360, gearvr, mobile, mwc2016, projectbeyond, samsung, virtualreality, vr
All products recommended by Engadget are selected by our editorial team, independent of our parent company. Some of our stories include affiliate links. If you buy something through one of these links, we may earn an affiliate commission.