Babes, bikinis and ... virtual reality? It's an equation that pretty much elicits a "no duh!" from anyone in the room. Which is why when I meet Chris Hercik at Time Inc. headquarters in New York, he can barely suppress his glee, and for good reason. As creative director of Sports Illustrated, Hercik's overseen every cover of the magazine, including its annual Swimsuit issue, since 2002. But this year, in addition to its big 2016 Swimsuit cover model reveal (Ronda Rousey graces one of three covers), the iconic brand is doing things differently: It's launching a suite of mobile VR experiences designed to put you on the beach for some one-on-one time with the models.

"For the first time ever, we're going to be able to answer the question that I always get and a lot of the people on staff always get, which is: 'What is it like to be on set for a Sports Illustrated photo shoot?'" says Hercik.

Shot last November in collaboration with VR outfit Wevr, the Swimsuit issue's inaugural batch of VR content, which features past cover models Nina Adgal, Irina Shayk and Hannah Davis, will live inside Sports Illustrated's new Swimsuit app, available now for Android and iOS. At launch, five Google Cardboard– and Samsung Gear VR–compatible videos will be made available for free -- three of the individual models, a teaser and an instructional video -- after which the app will be refreshed weekly with three to five new clips.

In all, Hercik says the team shot enough footage to roll out about 40 two-to-three-minute VR experiences. That additional content, however, will be locked behind a paywall. So while subscribers will have unfettered access to all of that continually updating Swimsuit VR content, others will have to pay $1.99 for the privilege. Additionally, there's a $4.99 option that unlocks all the VR content as well as premium photos and videos. 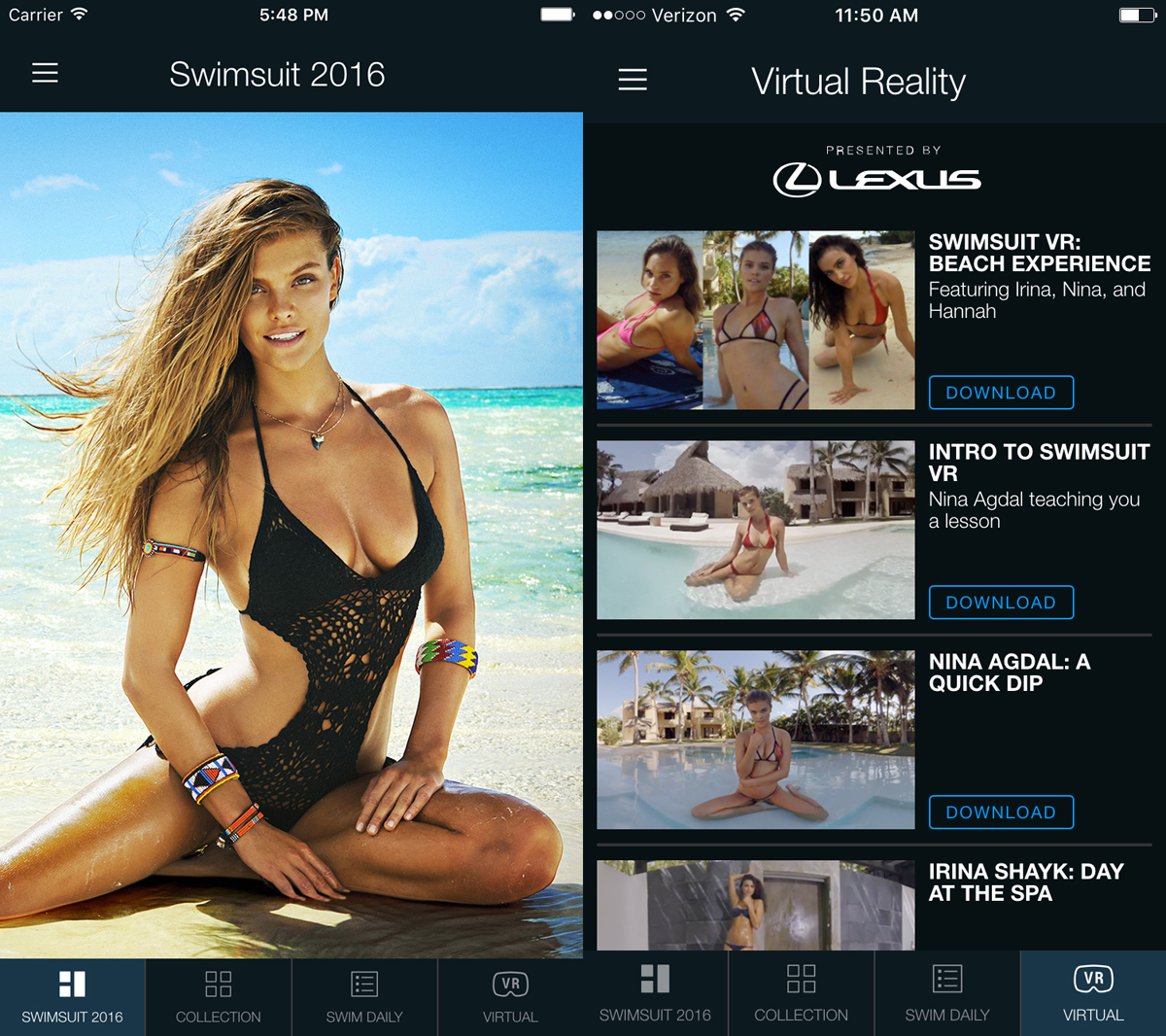 It's a high-quality viewing experience that impresses and entertains -- go ahead and try not to smile when you're in it -- and not just because it gives you face time with the issue's preternaturally beautiful models. Technically, it's flawless. There's no evidence of stitching (how the multiple shots are blended together), so viewers won't see any of the seams that can plague poorly produced VR content. And that's thanks to Wevr's technical expertise. It's also designed to keep viewers surprised at every turn.

"All of these VR experiences aren't just all one level," says Hercik of SI's Swimsuit VR slate. "There are some where multiple things happen around you at the same time, so no matter where you're looking, there's things going on. There are one-on-one experiences so it's just you alone on the beach with the model with sort of the ambient sound, so you can feel what it's like to be standing there on the beach and hear the waves and hear the water."

"This is the kickoff for 'Sports Illustrated' in general. We have a slate of virtual reality projects that we're lining up now and that will be coming out over the next six to nine months."

To ensure readers participate in Sports Illustrated's VR foray, Hercik says a Cardboard-like viewer will be bound into the Swimsuit issue's print edition. But that's not the only entry point for the VR content. For those who either don't have access to a VR headset or simply don't pick up the print issue for its pack-in viewer, there's an option to watch the videos on a smartphone. The SI team calls this the "magic window," and it's slickly done: You can spin around and peer at the models in a seamless, 360-degree environment.

So why VR and why now? Well, you can happily blame the inspiration for SI's VR Swimsuit jaunt on HTC's high-end virtual reality headset, the Vive. Hercik says it was on a visit to Seattle at the close of last year's Swimsuit issue, during which he demoed some VR on the Vive, that he had his epiphany. 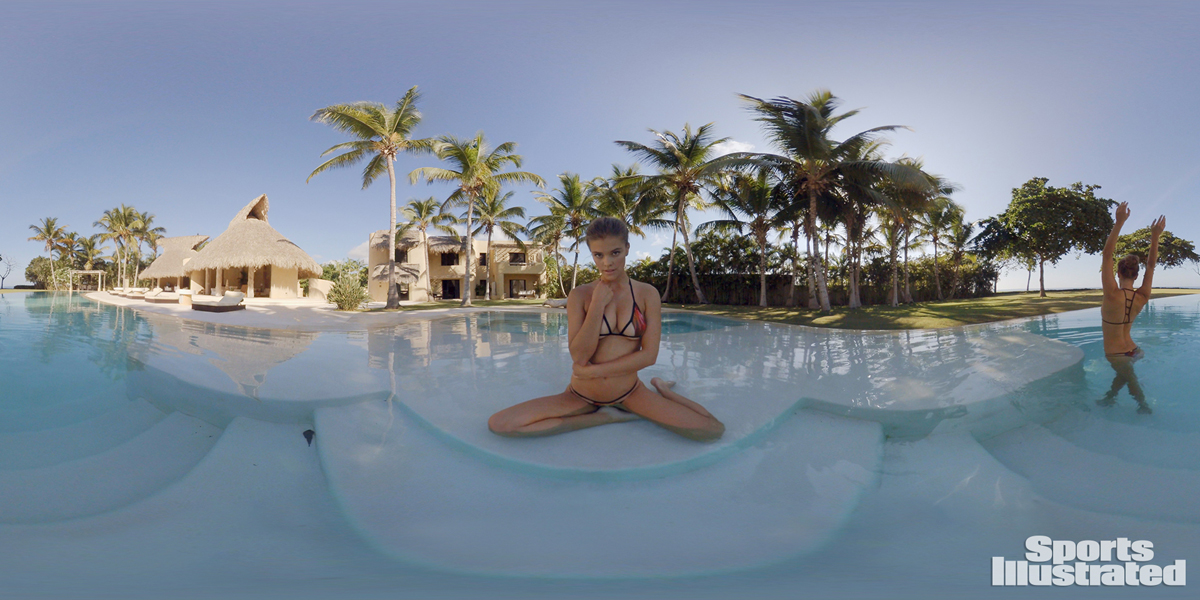 "I immediately flew back and said, 'I have to get people to see this, because I really think it's going to be a game changer.' We got the staff to see it. We looked at it. And we're like right away, 'We gotta do a shoot.' We knew we had to do something in VR for this year," says Hercik.

While the 2016 Swimsuit issues serves as Sports Illustrated's first experiment with VR, it is by no means the last. The Swimsuit app will eventually run out of additional content for the year -- it'll update for each year's issue -- but when it does, more Sports Illustrated VR experiences will be on the way. Hercik says the magazine plans to continue working with Wevr on future VR projects.

"Obviously, this is the kickoff for Sports Illustrated in general," says Hercik. "We have a slate of virtual reality projects that we're lining up now and that will be coming out over the next six to nine months."