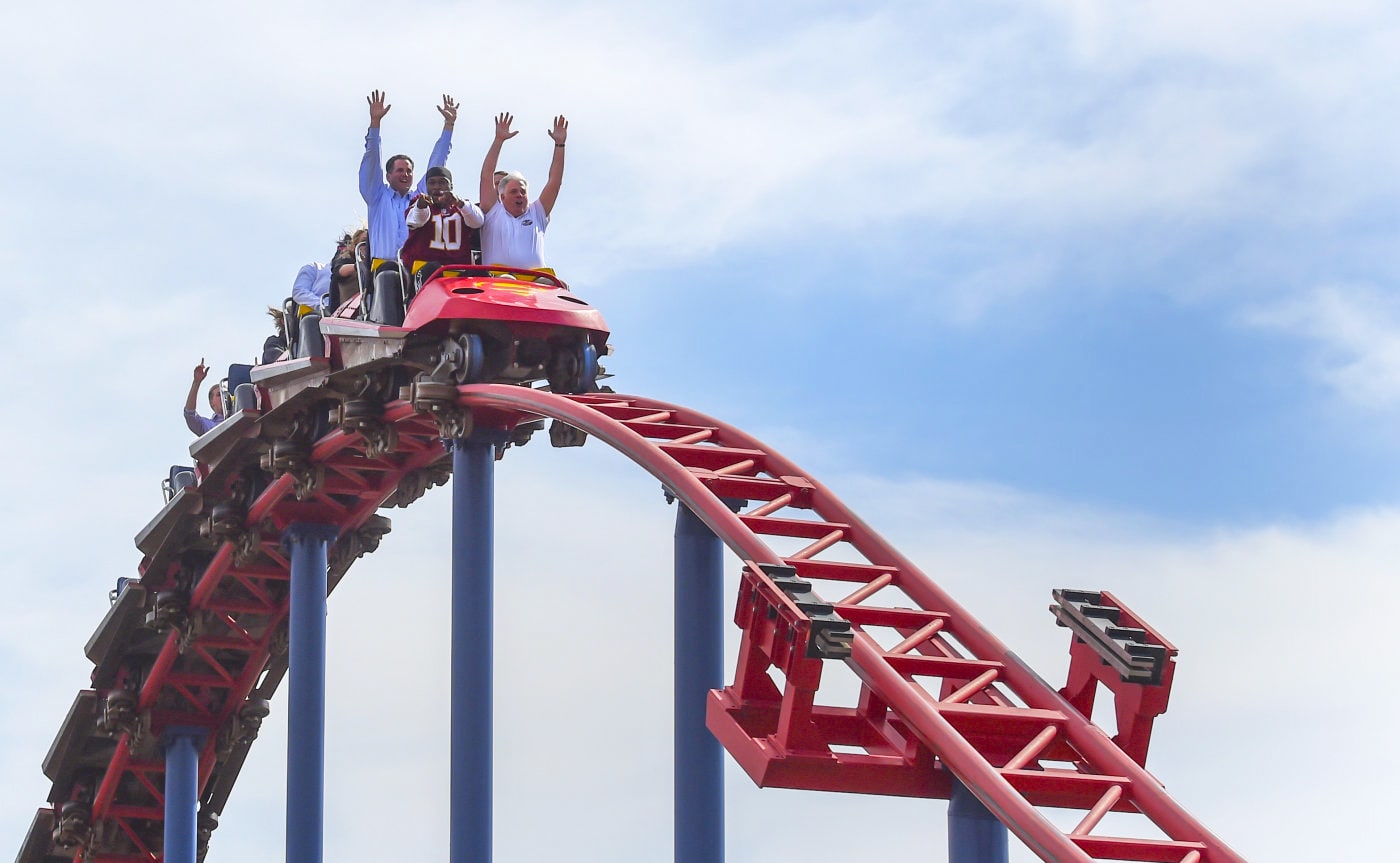 If you're making the trek to a Six Flags park this summer, virtual reality will be an option for some roller coasters. The company teamed up with Samsung on a number of virtual reality roller coasters that offer a more immersive experience thanks to Oculus-powered Gear VR headsets. A total of nine rides spread across the US will have the new option, and six of those will show a "New Revolution" futuristic battle to save Earth from an alien invasion. The other three will serve up a Superman-themed VR experience where riders must defeat Lex Luthor during a tour of Metropolis.

While Six Flags touts its collection of coasters as the first in North America to feature VR, similar rides have been announced in other parts of the world. Alton Towers in the UK will open the Galactica VR roller coaster in April that also uses Samsung's Gear VR headsets. At Thorpe Park, plans are in motion for a ghost train that uses the HTC Vive to offer a particularly spooky ride.

At Six Flags, season pass holders will get first dibs on the new roller coasters during a "technical rehearsal" before opening VR up to the public. The company says that each ride will be equipped with enough Gear VR devices to allow for cleaning between runs. Six Flags also claims that you won't have to worry about motion sickness as the visuals are synced with the movement of each roller coaster. Unless you splurge for a season pass, you'll have to wait a bit to give it a shot, but you can catch a glimpse of what to expect in the video below.

Source: Samsung
Coverage: Six Flags
In this article: entertainment, gadgetry, gadgets, gear, gearvr, rollercoaster, samsung, sixflags, virtualreality, vr, vrrollercoaster
All products recommended by Engadget are selected by our editorial team, independent of our parent company. Some of our stories include affiliate links. If you buy something through one of these links, we may earn an affiliate commission.