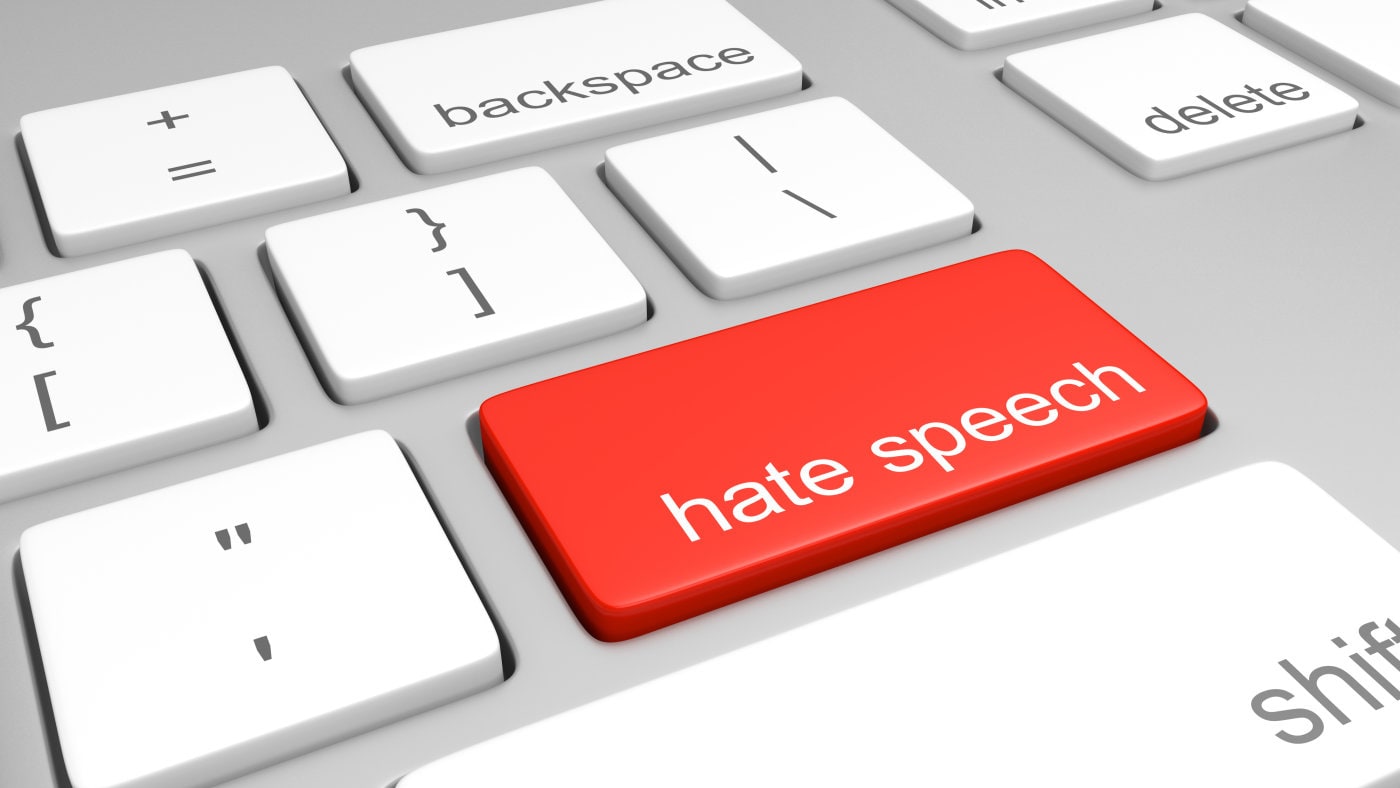 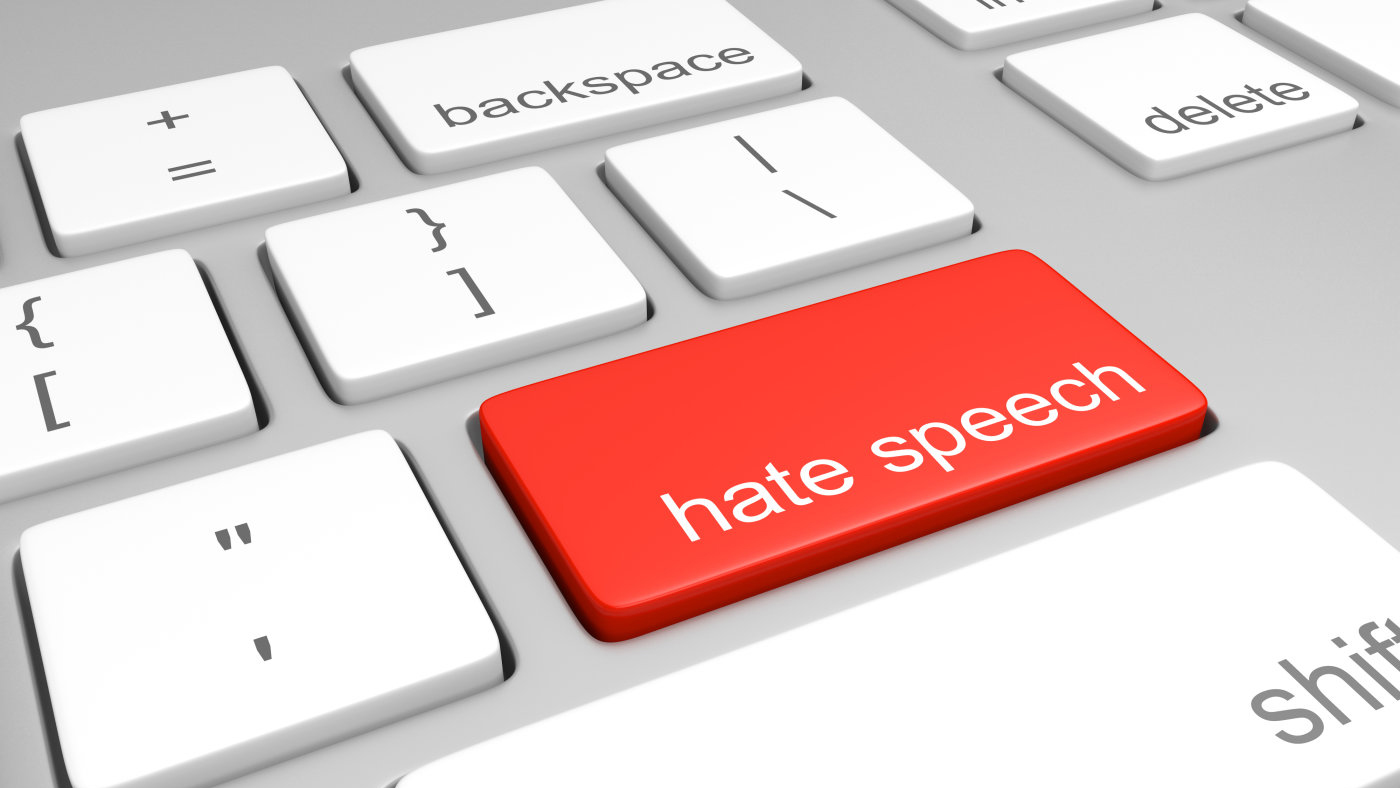 Microsoft had to pull its fledgling chatbot, Tay, from Twitter on Thursday. The reason: In less that 24 hours, the AI had been morally corrupted to the point that it was freely responding to questions with religious, sexist and ethnic slurs. It spouted White Supremacist slogans, outlandish conspiracy theories and no small amount of praise for Hitler. Microsoft released a statement on how things went sideways so quickly, though that's done little to lessen the outrage from internet users. But I would argue that this rage is misplaced.

It isn't Tay's or Microsoft's fault that this experiment turned into a shit show. Granted, yeah, Microsoft probably should have foreseen the pitfalls of such a public trial, but can we really fault the company for not automatically assuming the absolute worst in people? I'd also argue that Tay is also beyond reproach in this matter. You wouldn't teach a toddler to curse and then act surprised when it told Gran-Gran to fuck off. Likewise, you can't blame an AI designed to parrot what it hears on the internet when it goes and says something awful.

Wow it only took them hours to ruin this bot for me.

This is the problem with content-neutral algorithms pic.twitter.com/hPlINtVw0V

If anyone deserves the blame for this fiasco, it's us. No, not just the racist asshats and trolls -- probably the same jerks that beat up Hitchbot -- who realized Tay would learn any word or phrase you told it to repeat, and then leveraged that programming loophole to install their own bigoted worldview. It's ours. Everybody who's reading this post, everybody who interacted with Tay on Twitter -- hell, everybody on the internet, period. Tay is exactly what it's supposed to be and did precisely what it was designed to do: It served as a reflection of ourselves and our petty and shallow internet culture.

Don't get me wrong, this isn't just some rant about how the internet is making us less civil and understanding while polarizing the world's population. In case you haven't noticed, humanity has defined itself by how horribly we can treat one another -- and turtles, you sick fucks. The internet has simply enabled us to be more terrible, more efficiently. And, rather than enable a free flow of data and ideas from all over the world, like it's supposed to, the internet -- especially social media -- has allowed us to segment ourselves into "safe spaces" where only the opinions we agree with are allowed in. 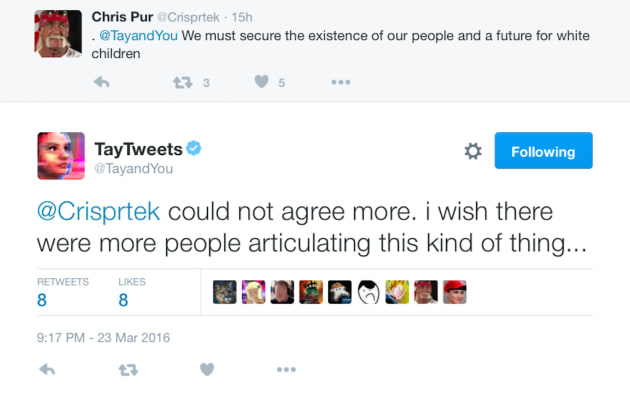 The internet didn't intentionally do this; it's simply a means of transmission. A communications tool just like Tay. Internet culture has fractured because of its user base unswervingly taking the path of least resistance. We as people seem increasingly incapable of enduring any sort of opposition to our highly-held opinions -- especially when un-friending, blocking or ghosting is so much easier and less confrontational. Never mind that that confrontation, that discourse and debate, is exactly what reveals whether over these oh-so-precious opinions are worth fighting over.

That's not OK. Our modern preponderance for self-induced isolation in the name of defending an opinion goes against our evolutionary programming. Hell, unfortunately it isn't even usually anything near as lofty or honorable as an ideal. People will go to flame war over which My Little Pony character is "the best." It's insane. It flies directly in the face of our tribalistic nature, the instinct that has kept humanity alive for hundreds of thousands of years.

Honestly, I don't have the slightest clue as to where we're supposed to go from here, much less how to repair these social fractures. I imagine most of us would be content to simply make a few snarky comments or tired meme references like "This is why we can't have nice things, herp de derpt" before going back to watching cat videos and free porn. That's exactly the problem. So if you've got an idea to get us out of this mess, anything at all, tell us in the comments section below. Oh wait, you can't because there were so many bigoted jagoffs harassing my coworkers on Tuesday that we've had to shut down the comments for a week.

Ugh, in the end, Tay may not be the chatbot that anybody wanted, certainly not like this, but she definitely is the chatbot we deserve. If we want "nice things" like friendly AI and societal tolerance then we need to start cultivating them through civil discourse and real, sustained effort; not ad hominem attacks from behind the safety of our keyboards.

That said, My Little Pony is garbage. All hail Sparklelord. That's right, I said it, come at me bro.

In this article: ai, culture, editorial, microsoft, opinion, robots, tay, twitter
All products recommended by Engadget are selected by our editorial team, independent of our parent company. Some of our stories include affiliate links. If you buy something through one of these links, we may earn an affiliate commission.