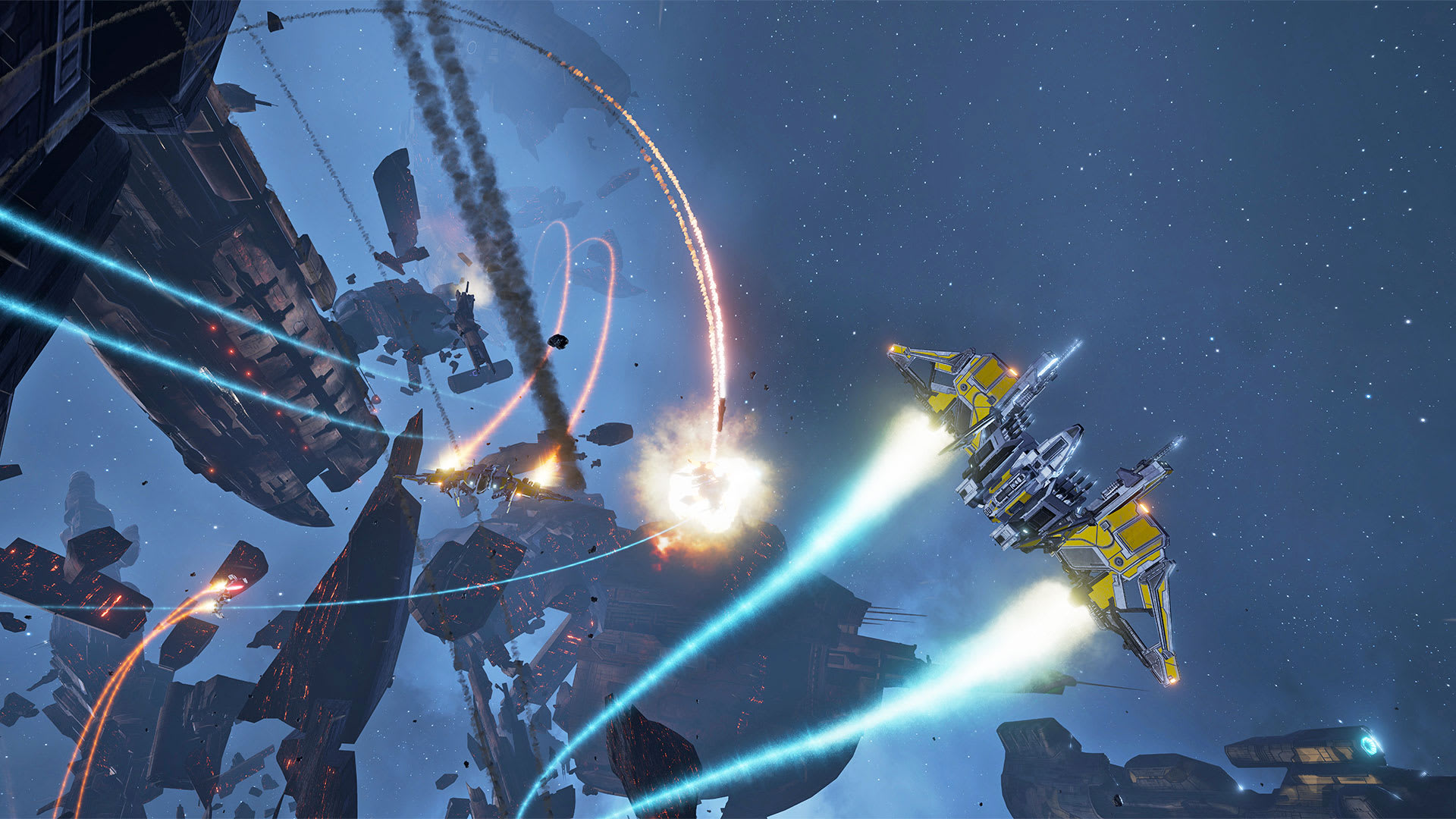 The rise of VR inspired devs to build an offshoot to the venerable intergalactic MMO EVE Online, one that deals less with politics and economy and more just...blowing stuff up. EVE: Valkyrie is out now on Oculus Rift and will be released on PlayStation VR and HTC Vive later in 2016 — but CCP games just announced that gamers can play with anyone regardless of their VR platform.

Gaming giants behind consoles are still unsure whether letting players mingle outside their siloed multiplayer networks is a good thing. But, Rocket League broke ground enabling inter-platform play on current-gen consoles last month, so CCP is exploring very new territory. While Oculus Rift and HTC Vive are both PC platforms, expanding play between PC and PlayStation sets a precedent.

Piling on the goodwill is the announcement of EVE: Valkyrie's first free content expansion, an objective-based arena mode called Carrier Assault. Gameplay is short and sweet: Launch fighters, whittle down the enemy carrier while protecting yours, make a Death Star trench run to sink their ship, repeat.

Source: CCP Games
In this article: CcpGames, eve, evevalkyrie, gadgetry, gadgets, gaming, htc, HTCVive, OculusRift, personal computing, personalcomputing, psvr, sony
All products recommended by Engadget are selected by our editorial team, independent of our parent company. Some of our stories include affiliate links. If you buy something through one of these links, we may earn an affiliate commission.