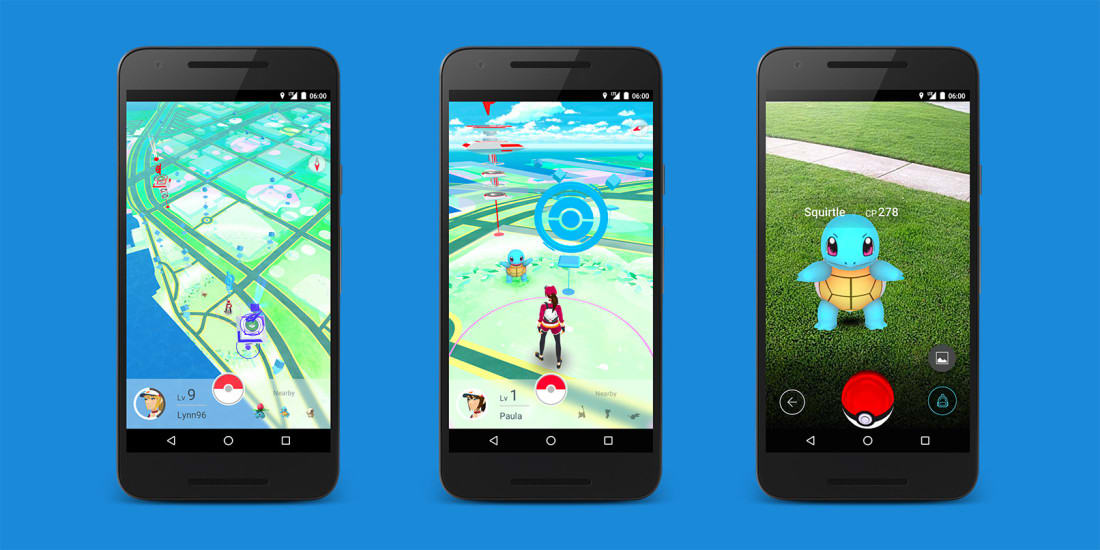 Pokémon Go, the real-world equivalent to kicking off your own journey to becoming a Pokémon master, is finally available for beta testers in the US as of today.

After opening signups to users earlier this month, beta testers will be chosen and allowed into the program today to begin roaming the world capturing Pokémon, battling other trainers, and making those who weren't chosen for the field test feel bad.

Along with revealing the field test is commencing today, The Pokémon Company and Niantic have also revealed several new tidbits about Pokémon Go as a whole. There will be more than a hundred different Pokémon to capture out in the wild. When one is near a player out in the wild, there'll be a notification sent via phone to use the device's touch screen to throw a Poké Ball, which may be purchased at PokéStops, or real-world monuments, historical locales, or public art installations.

Battling is an important and obvious centerpiece to the game as well, and players can use their captured monsters to assume control of Gyms out in the world. Attacking the Pokémon defending particular Gyms will reduce its Prestige level, and when it's been taken out completely the player will take control of a Gym. The higher the Gym's level, the more Pokémon that can be left to defend it. leading to several real-world turf battles that could grow to pretty impressive proportions.

If you signed up to participate in the field test, you should be receiving a notification that you were chosen for the beta. The signup page is still live, however, so if you missed out on doing so before you may want to hurry over and give it a try. You could be strutting around outside the office today catching your very own Pokémon.

In this article: av, gaming, mobile, NianticLabs, Nintendo, Pokemon, pokemongo
All products recommended by Engadget are selected by our editorial team, independent of our parent company. Some of our stories include affiliate links. If you buy something through one of these links, we may earn an affiliate commission.