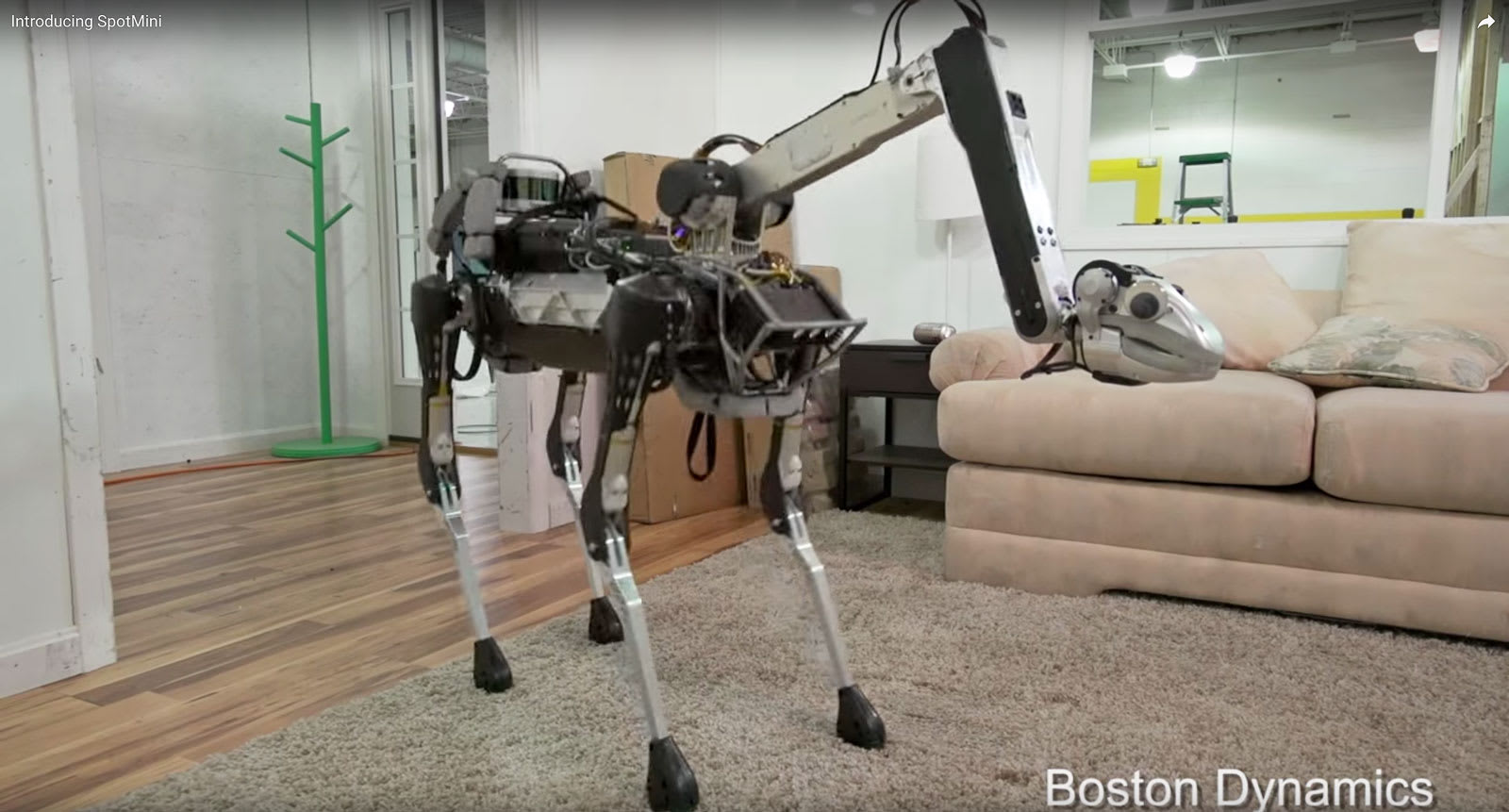 While it may not be as heartwarming as Cal Worthington's dog, Spot, Boston Dynamic hopes its newest quadrupedal robot, SpotMini, will find a place in your home. The SpotMini is a smaller version of BD's existing BigDog line of robotic pack animals. It's roughly 55 pounds -- compared to the Alpha Dog's 240 -- and stands about two feet tall. Unlike the larger versions, SpotMini doesn't rely on hydraulics. It's completely electric -- reportedly the quietest Dog that BD has ever built -- and can run for up to 90 minutes between charges.

The SpotMini will come equipped with a suite of navigation, guidance and perception sensors which will enable a degree of autonomy, though it will still require its human to dictate its high-level functions. That is, it'll will be able to handle a variety of household tasks but isn't quite Rosie the Robot just yet (fingers crossed that the Atlas will fill that role).

The SpotMini's coolest feature, however, has got to be its manipulator arm (which sometimes doubles as its face). So, remember when BD showed off its Big Dog hucking concrete cinder blocks around like empty soda cans?

SpotMini does the same except way more gently. Rather than hurling bricks, the SpotMini leverages its arm to load glasses into a dishwasher, throw trash into a garbage bin or right itself after falling down.

The SpotMini is still in its prototype phase. We're likely to see a couple generations of domestic robots like the Buddy or Pepper before the SpotMini makes it to market. But once it does, your next pet might need a power outlet.

Source: Boston Dynamics (YouTube)
In this article: bostondynamics, DomesticRobot, electric, gear, robots, SpotMini, timeline16robopetfriend
All products recommended by Engadget are selected by our editorial team, independent of our parent company. Some of our stories include affiliate links. If you buy something through one of these links, we may earn an affiliate commission.