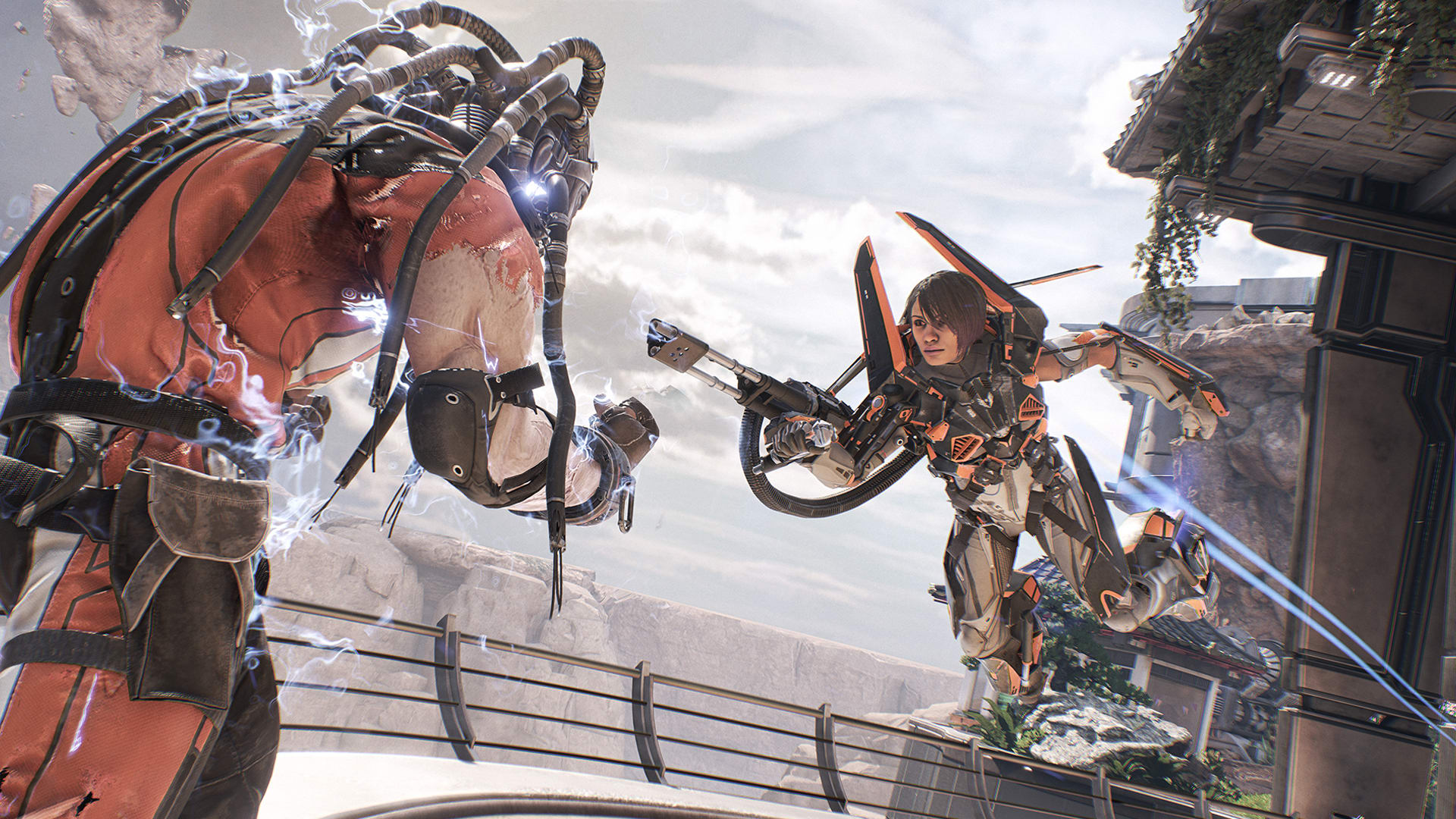 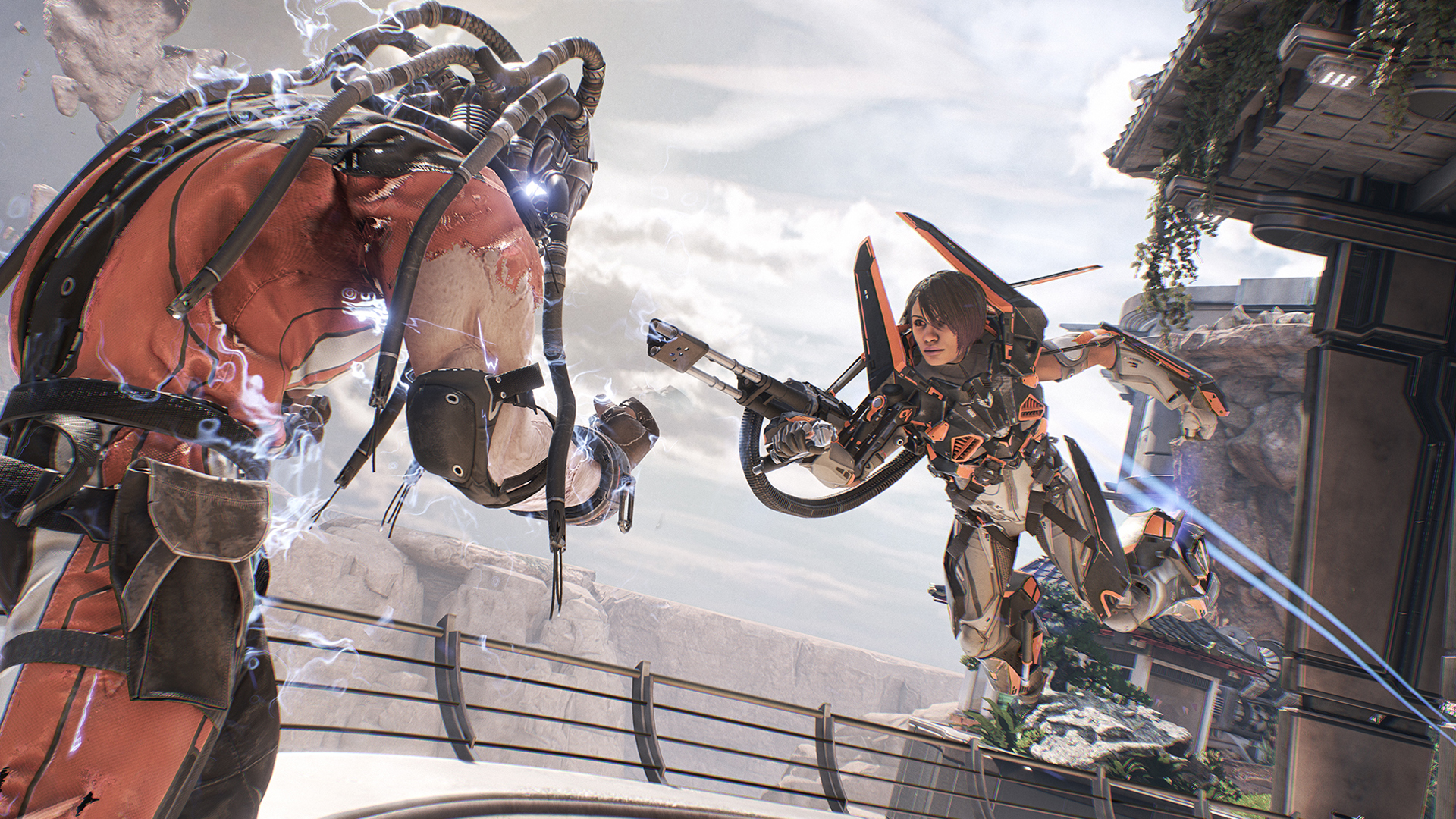 "I'm not the only asshole who had this idea a few years ago," Cliff Bleszinski says in between sips of a sugar-free Red Bull. He's perched in the lounge area of his studio's E3 meeting space, on the other side of a thin wall where a dozen journalists and internet influencers are playing his latest game, a team-based shooter called LawBreakers. Every now and then, the players beyond the wall suddenly wail and clap as a game comes to a dramatic close.

Bleszinski is talking about the market for online, first-person, team-based shooters -- a niche genre that, in mid 2016, is on the verge of oversaturation. Overwatch just came out, and it's been a monstrous hit for Activision Blizzard. It dominates the front page of Twitch, and there are already plans to transform it into a truly competitive, esports-focused title. Other similar games, such as Gearbox's Battleborn or Epic Games' Paragon, are also on the market, but they can't compare in terms of player numbers or hype.

Bleszinski thinks there's still an audience for multiple character-based shooters; he's confident there's room for LawBreakers. His studio, Boss Key, revealed LawBreakers in Aug. 2015, and it just closed the alpha on June 18th. When we spoke, a handful of streamers already had their hands on it and the first round of feedback was rolling in. Bleszinski reads the game's forums religiously, but after decades as a high-profile figure in the industry (he was the lead designer on Gears of War), he's learned that not every comment is created equal.

"The internet is an echo chamber that always leads to stupidity," he says.

LawBreakers, Battleborn and Overwatch may run in the same circles, but they aren't the same game. Both Overwatch and Battleborn use cartoony art styles and character designs while LawBreakers is slightly more gritty. The characters curse every now and then -- not too often, Bleszinski notes -- and they're designed to be slightly more realistic, seemingly inspired more by anime than Looney Tunes. 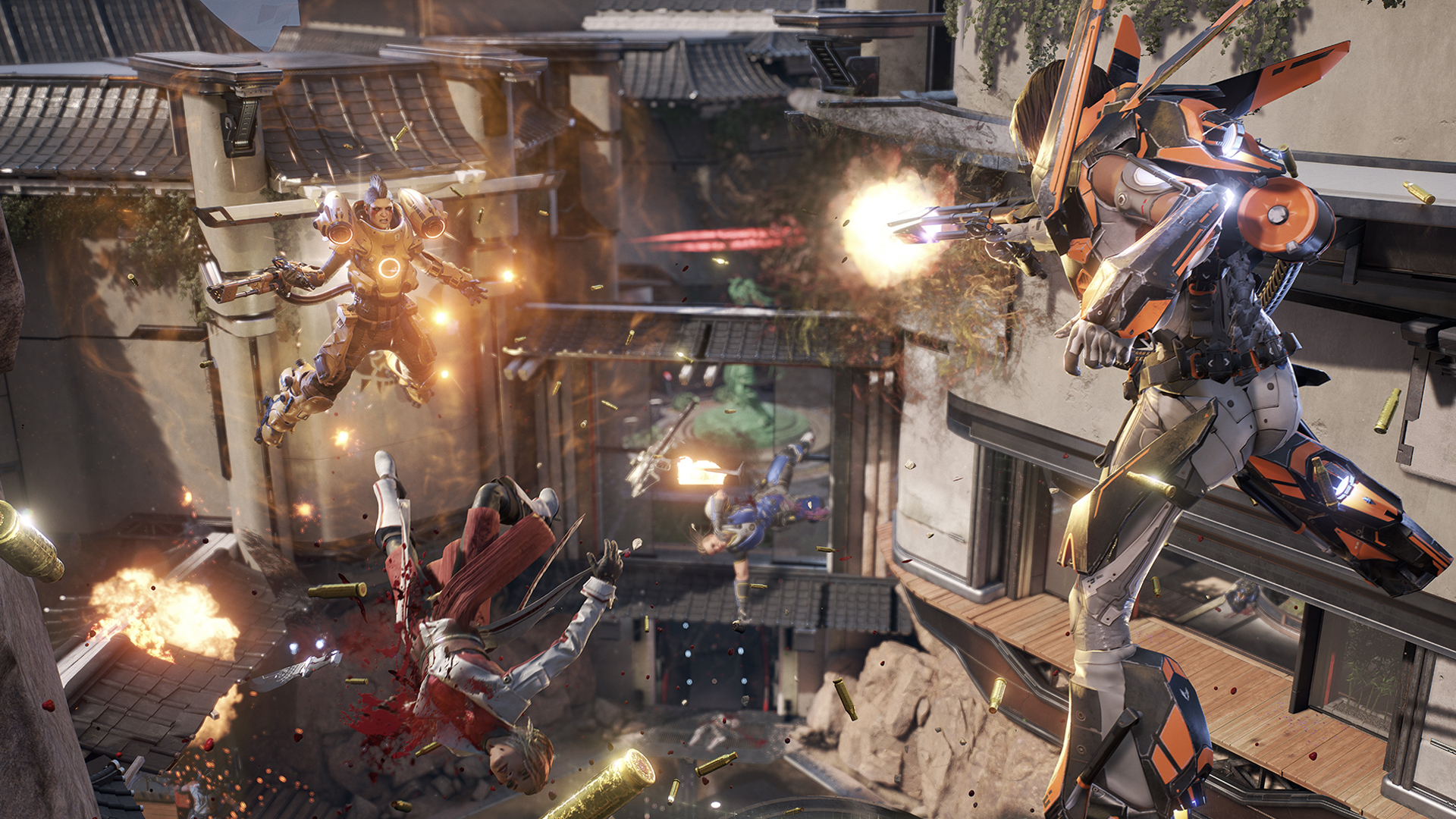 LawBreakers is violent but not grotesque. When characters are shot with rockets, they explode into tiny bits, blood splattering around the map's zero-gravity areas in (kind of adorable) floating globules. It's a delicate balance of realism and fantasy.

LawBreakers is firmly a sci-fi shooter, which is how Bleszinski envisioned it. He'd rather leave the realistic weapons and violence to Call of Duty.

"I will never make a game with AR-15s and glocks and all that," he says. "I respect guns; I've fired more than my share of them, but my games stay in the sci-fi realm. And it's not a political statement in regards to being sci-fi, it's just that I have so many freakin' wacky ideas that if I was stuck making something in 2016 I wouldn't be able to do the full thing I wanted to do. I couldn't have a character use futuristic drugs to double in size and shoot lightning out of their hands."

A patch released on June 17th completely removed aim-down sights from LawBreakers. This is a further attempt to separate the game from existing first-person-shooter franchises.

Instead, he gets excited about fresh features like blind fire, a one-button ability that allows players to quickly shoot behind them, even when they're flying through the air in a low-gravity zone. I had the chance to play LawBreakers on the other side of that thin wall, and I can confirm that blind fire is insanely cool, when you remember it exists. Thirteen years of habits from Call of Duty are hard to break.

As new players try out LawBreakers for the first time, Bleszinski is glad to have years of experience under his belt. He started Boss Key alongside Arjan Brussee, a co-founder of Guerilla Games and a creator of Killzone. Brussee has the skills to balance out Bleszinski's creative background; he's seen the full cycle of a studio starting up and selling off. Plus, Brussee comes from a coding background, which Bleszinski says is a wonderful asset.

"A programmer can bullshit me," he says. "They can't bullshit him. A programmer tells him, 'This is impossible,' and he's like, 'Screw you, I'll code it myself.'" 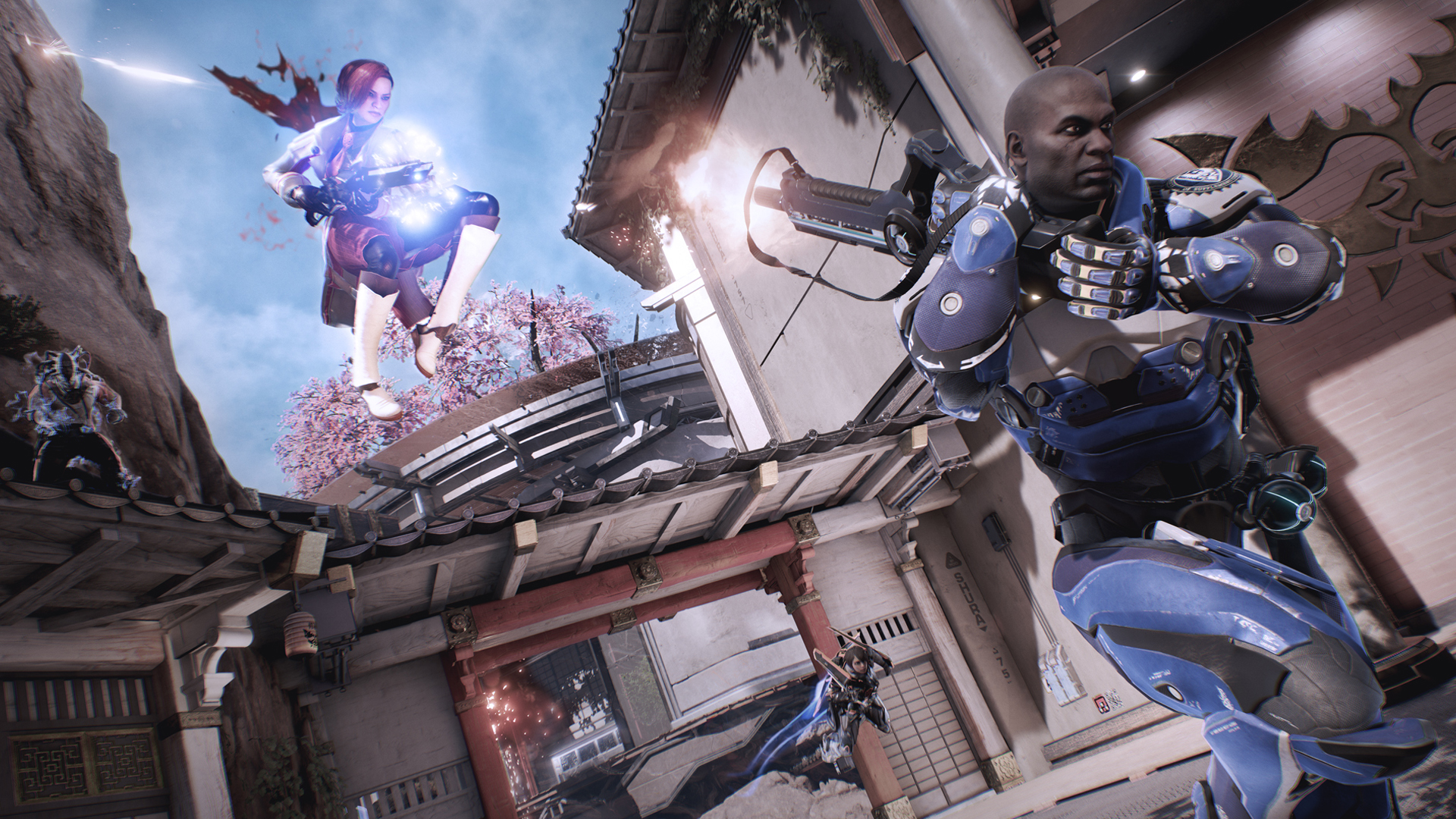 With a solid foundation on the creative and operational fronts, a large part of Bleszinski's job is cultivating a passionate, friendly culture at Boss Key. He tries to learn every employee's name and even the names of their significant others or family members. He keeps a cheat sheet on his desk complete with photos of new employees, so he doesn't accidentally call someone by the wrong name.

"I want to be at a company that's 65 or so people, where I know everybody, I know their significant others, they bring their dogs in and even sometimes their kids," Bleszinski says. "It sounds cheesy, but really the vibe that I want to go for is it feels like you're a big family. Yes, we're a business of course, and we're in this to try and make money and keep the damn lights on, but I genuinely like everybody we have at the studio and I know most of them fairly well."

This means he wants employees to lean on his experience when necessary. If someone at Boss Key reads a negative comment online and then comes running into Bleszinski's office "like their pants are on fire," for example, he offers simple, calming advice:

"First off, breathe. Second off, this is the start of a very long cycle of feedback, so you guys need to figure out how to sort through it and get used to it. Look at the data, read the forums, hear the feedback and then trust your gut. Don't throw the baby out with the bathwater." 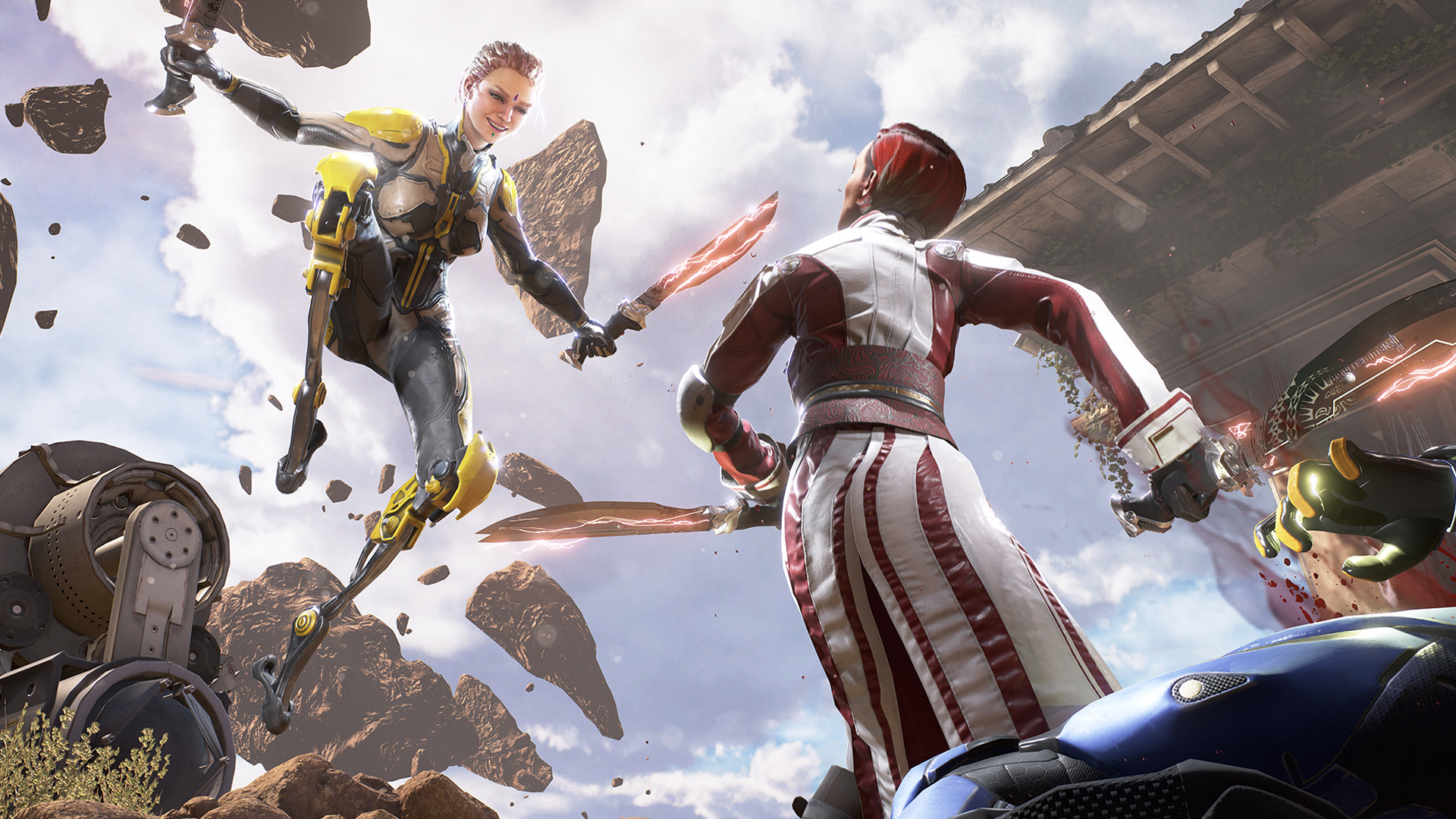 Part of the reason Boss Key exists is because the bubble around AAA studios -- big-name companies like Call of Duty publisher Activision -- is popping, Bleszinski says.

That's why Bleszinski believes Boss Key has a chance to thrive alongside other teams crafting online multiplayer experiences like Battleborn, Vainglory, Duelyst, Overwatch and Paragon. And, of course, LawBreakers.

In this article: av, battleborn, bosskey, CliffBleszinski, e32016, gaming, hands-on, interview, lawbreakers, NexonAmerica, overwatch, personal computing, personalcomputing
All products recommended by Engadget are selected by our editorial team, independent of our parent company. Some of our stories include affiliate links. If you buy something through one of these links, we may earn an affiliate commission.