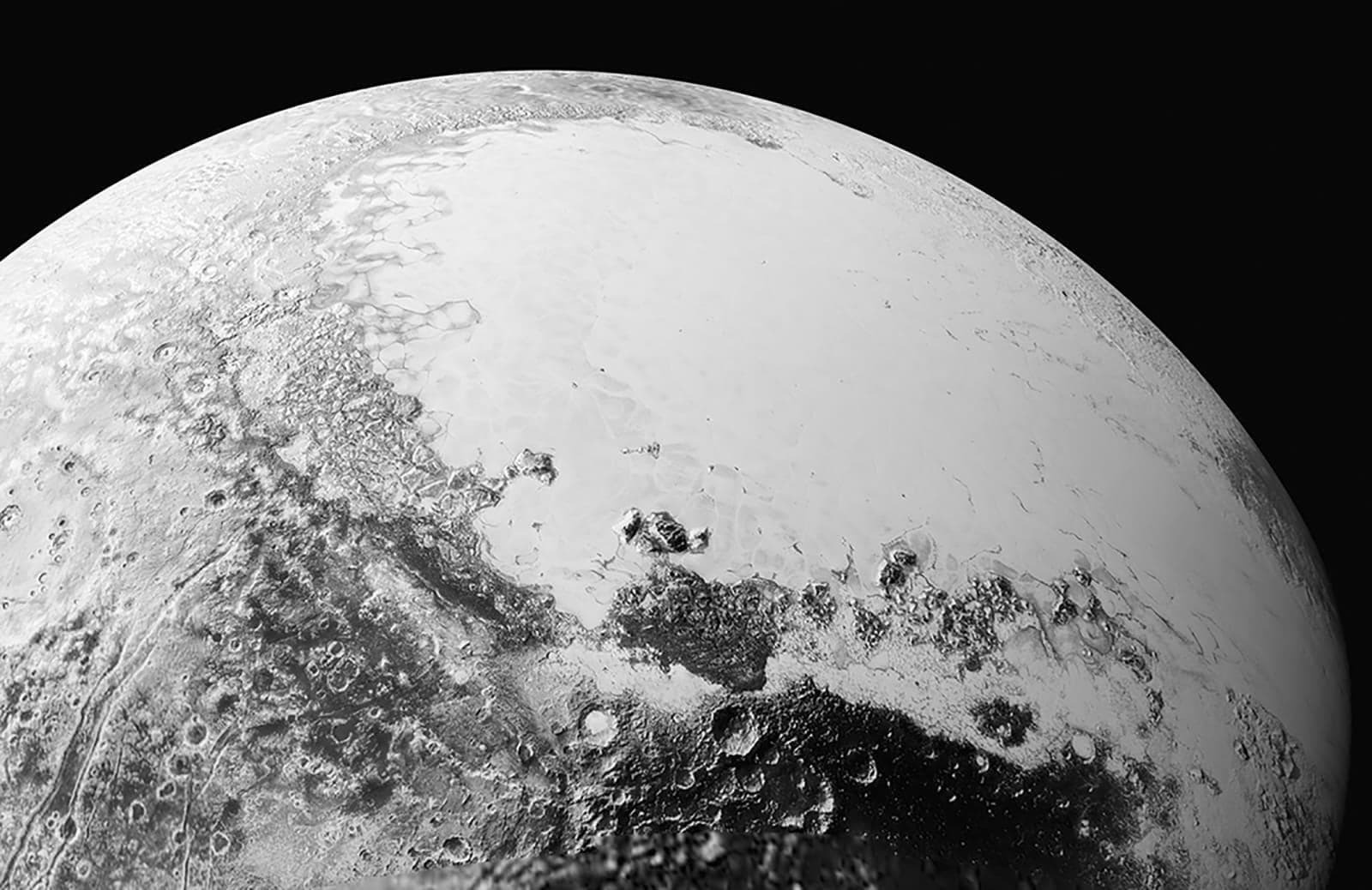 After capturing and transmitting the most detailed images of Pluto we've ever seen, NASA's New Horizons space probe is getting a new mission. NASA announced today that the probe had received funding to continue its exploration of the outer reaches of our solar system. Going deeper into the Kuiper Belt, New Horizons is set to reach the small icy object known as 2014 MU69, which was first discovered by the Hubble telescope in June of 2014. This potential destination was announced last year, but now the probe has officially been given clearance to make the trip. It should arrive at 2014 MU69 on January 1st, 2019.

This is quite a day. I am a full Co-Investigator on the New Horizons Kuiper Belt mission, something I've been working toward for five years.

2014 MU69 is estimated to have a diameter of only 20 to 30 miles, making it a much smaller target than Pluto. But scientists believe that Kuiper Belt objects (KBO) like 2014 MU69 are similar to what the pieces that made up Pluto when it came together billions of years ago. And the limited amount of sunlight reaching the Kuiper Belt means that this a pretty well-preserved specimen.

Despite the fact that New Horizons is set to intercept the KBO in early 2019, the probe's mission in full has been extended to 2021, reports The Verge. And on the trip, it'll be collecting information about dozens of other KBOs along the way. While the images and info gathered on this trip probably won't be quite as attention-grabbing and dramatic as the probe's photos of Pluto were, we're still talking about all kinds of info from a new region of space that's a billion miles away from Pluto -- there should be plenty to dissect and analyze as New Horizons makes the trip.

In this article: 2014mu69, kuiperbelt, nasa, newhorizons, science, space
All products recommended by Engadget are selected by our editorial team, independent of our parent company. Some of our stories include affiliate links. If you buy something through one of these links, we may earn an affiliate commission.