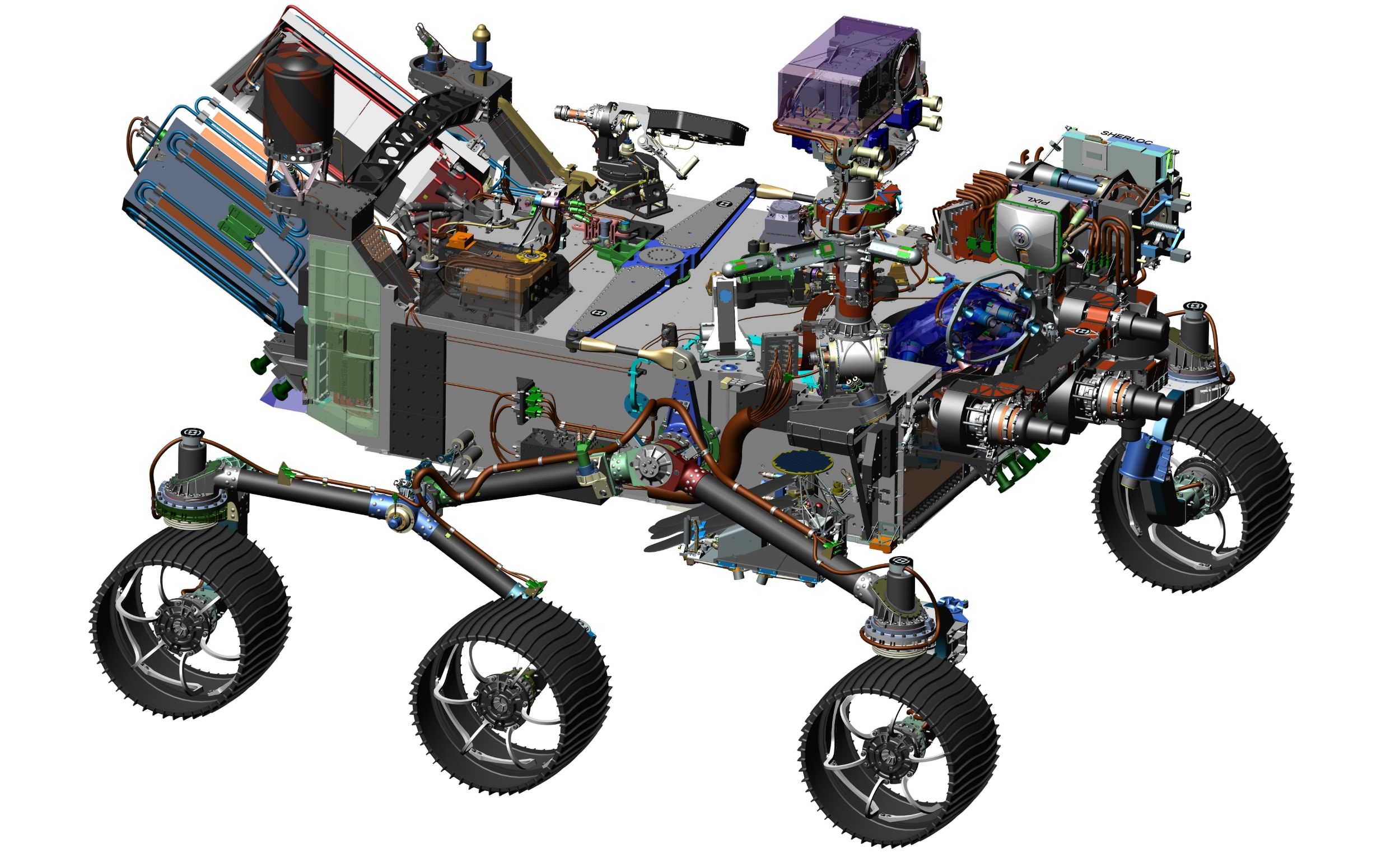 After building out its next Mars rover in mixed-reality simulations, NASA is ready to announce the near-final design that will depart for the red planet in the summer of 2020. Unlike Curiosity, which is still on its extended tour, the Mars 2020 rover will investigate an area of the planet searching for evidence of past life, with a long-term goal to carefully collect samples of Martian rocks and return them to Earth for further analysis.

The next-generation rover (which doesn't have an inspiring name yet), borrows a lot of its basic design from its older sibling, but with a completely new payload of instruments it will use to study the planet. One of the key directives is to determine whether future, human missions will be able to take advantage of Martian resources like water and oxygen. "These experiments," a statement from NASA explained, "will help engineers learn how to use Martian resources to produce oxygen for human respiration and potentially for use as an oxidizer for rocket fuel."

"Mars has resources needed to help sustain life, which can reduce the amount of supplies that human missions will need to carry," NASA's associate administrator for the Human Exploration and Operations Mission Directorate William Gerstenmaier said. "Better understanding the Martian dust and weather will be valuable data for planning human Mars missions. Testing ways to extract these resources and understand the environment will help make the pioneering of Mars feasible."

The rover's rock collection subsystem has also been redesigned and now includes a coring drill and a rack of sample tubes that will be filled, sealed and left in strategic locations for future missions to collect and return to Earth. Finally, when the rover is preparing to land on the surface sometime in February 2021, an upgraded skycrane landing system will actually allow the lander to scan the surface for an ideal landing site and divert its course if necessary using a "range trigger." Once the rover is on the ground, it will be able to build a map of potential areas to study, using the photos and data it collected on its descent.

Source: NASA JPL
NASA Mission to Mars
In this article: curiosity, CuriosityRover, mars, mars2020, nasa, robots, science, space
All products recommended by Engadget are selected by our editorial team, independent of our parent company. Some of our stories include affiliate links. If you buy something through one of these links, we may earn an affiliate commission.