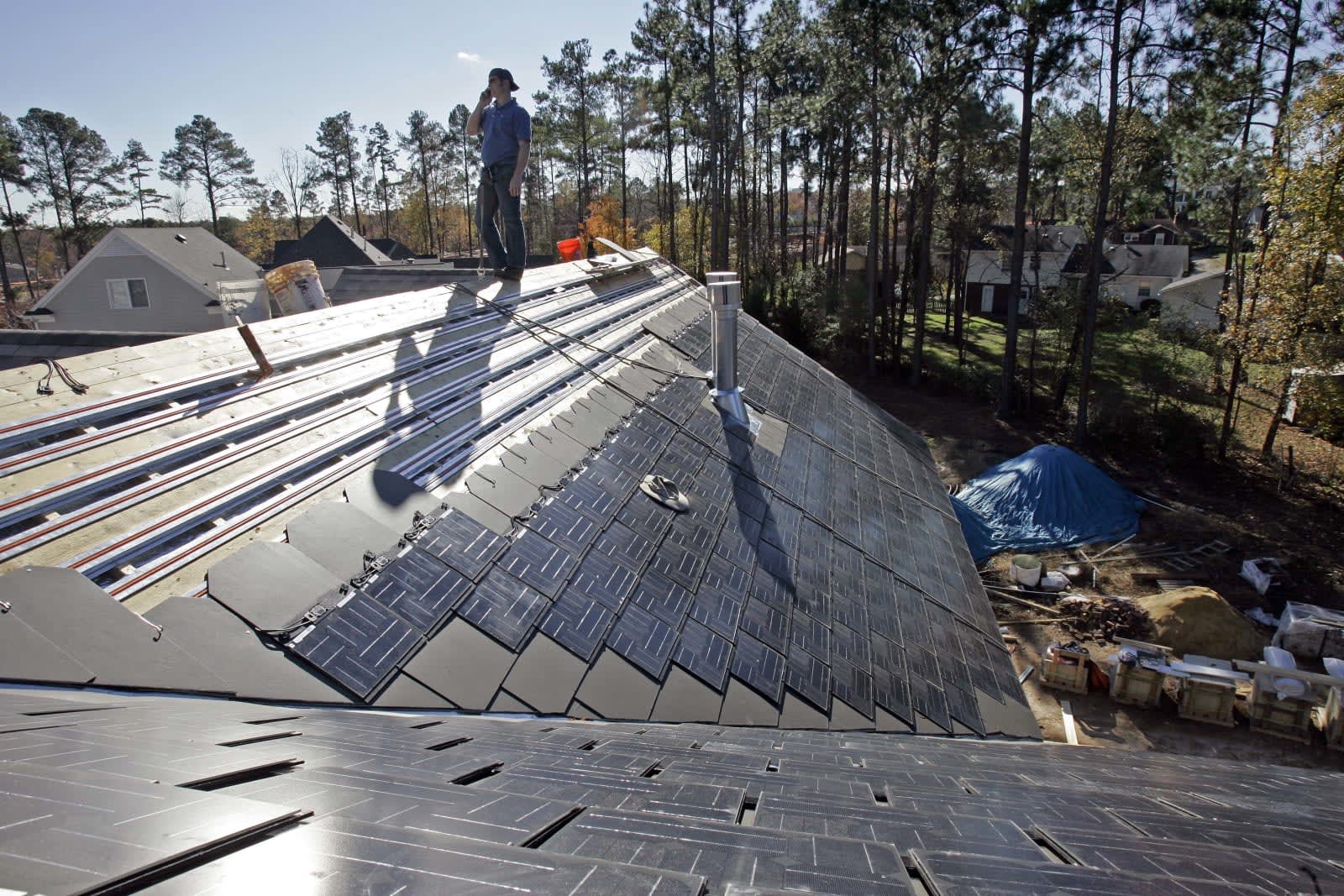 Elon Musk's fondness for ambitious, out-of-left-field ideas isn't restricted to electric cars or rockets. During SolarCity's latest earnings call, the entrepreneur revealed that his energy-focused company is developing a "solar roof" -- not a roof with solar panels on it, a roof made out of solar cells. As Musk explains, people install millions of new roofs every year. Why not have them embrace solar power when they look for a replacement? Homeowners with old roofs tend not to install solar panels, since they know they'll have to rip everything off before long.

The exec isn't shedding light on how this solar roof will function, although he notes that buyers will get to customize their design. That's rather important given the sheer variety of housing on the market, but it also suggests that you won't just get a patch of solar shingles (like those above) and call it a day. Just when you'll see it isn't clear. SolarCity's Peter Rive says the company only started talking about roofing "a couple of weeks ago," but it's also going to be a key part of a ramp-up in production around the second quarter of 2017. In other words, you may get more details when SolarCity has finished merging with Tesla.

Via: Electrek
Source: Seeking Alpha
In this article: culture, elonmusk, energy, environment, gear, green, home, roof, solarcity, solarenergy, solarpower
All products recommended by Engadget are selected by our editorial team, independent of our parent company. Some of our stories include affiliate links. If you buy something through one of these links, we may earn an affiliate commission.