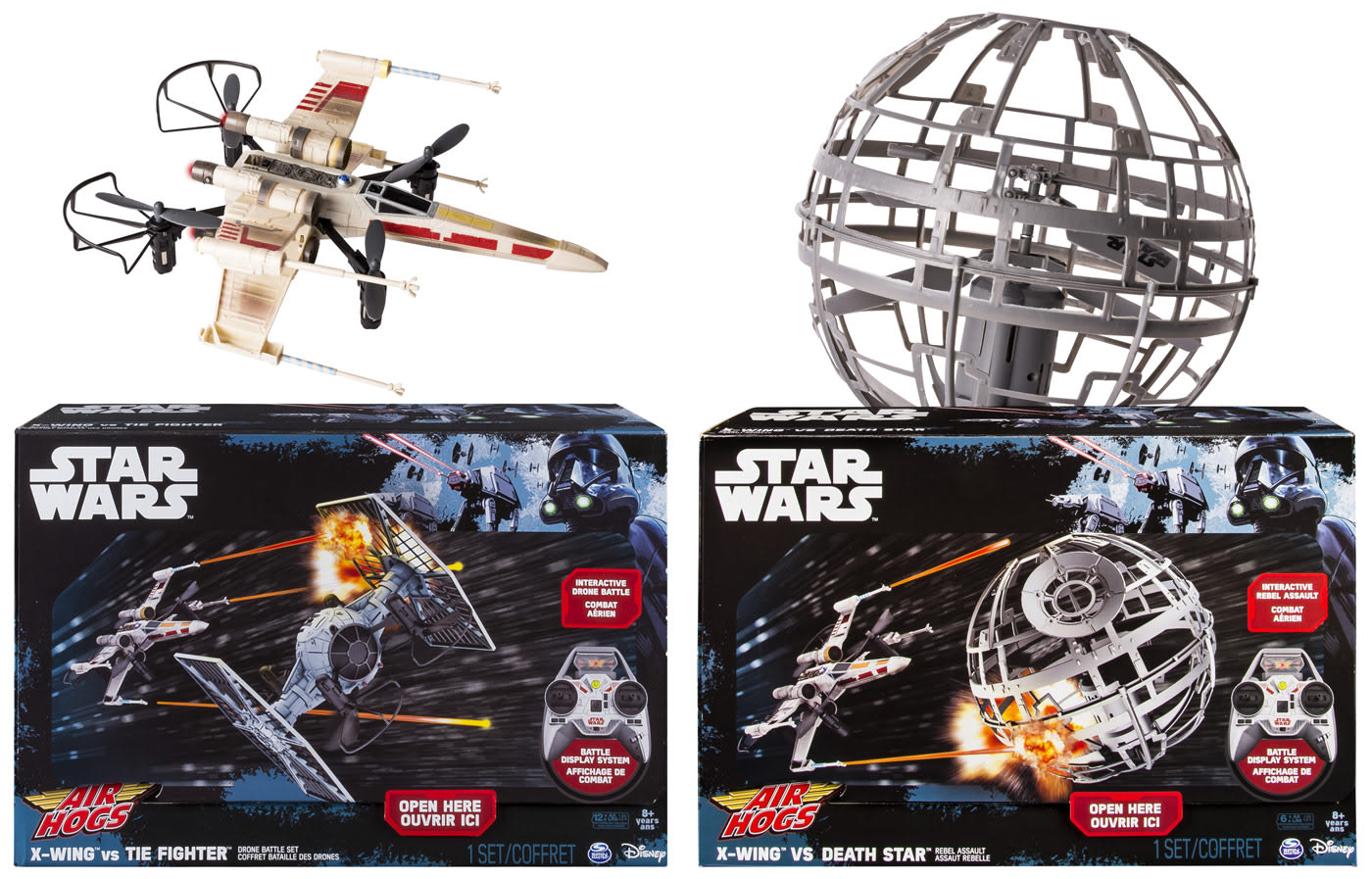 Spin Master has a great track record when it comes to making awesome Star Wars merchandise, so it shouldn't come as a surprise that the company has created two brand new Air Hogs products that you can actually use to recreate your own space battles.

The recently revealed Air Hogs Star Wars X-wing vs. Death Star Rebel Assault RC Drones set comes packing both an X-wing and the Death Star, which can actually fly. It's your job to pilot the X-wing and shoot down the Death Star as it hovers in the air on its own. You can't control the Death Star yourself, but it sure will look cool floating in the air attempting to avoid shots from your infrared blasters.

Both drones have receivers and LED status lights so you can tell where you're are in your homemade battles, and it takes three hits from the X-wing to totally sink the Death Star before it can take you out.

If the Death Star isn't your thing and you'd rather recreate an X-wing vs. TIE Fighter battle in your living room, you can opt for that set instead, as it packs two flying X-wing and TIE fighter drones with infrared blasters and receivers like the X-wing and Death Star set. You can control both of them, so if you've got a friend to take control of the other drone, the set should make for some good, old-fashioned dogfights. You can either take to a larger area with the wireless controllers' 200-foot range for bigger battles.

The X-wing and Death Star set is available for preorder as of September 9th and will retail for $130, and the X-wing vs. TIE Fighter set will go for $200. If you're planning on celebrating the holidays' release of Rogue One, these couldn't be more perfect pieces of memorabilia.

Via: Gizmodo
In this article: Air Hogs, entertainment, gadgetry, gadgets, spin master, toys
All products recommended by Engadget are selected by our editorial team, independent of our parent company. Some of our stories include affiliate links. If you buy something through one of these links, we may earn an affiliate commission.