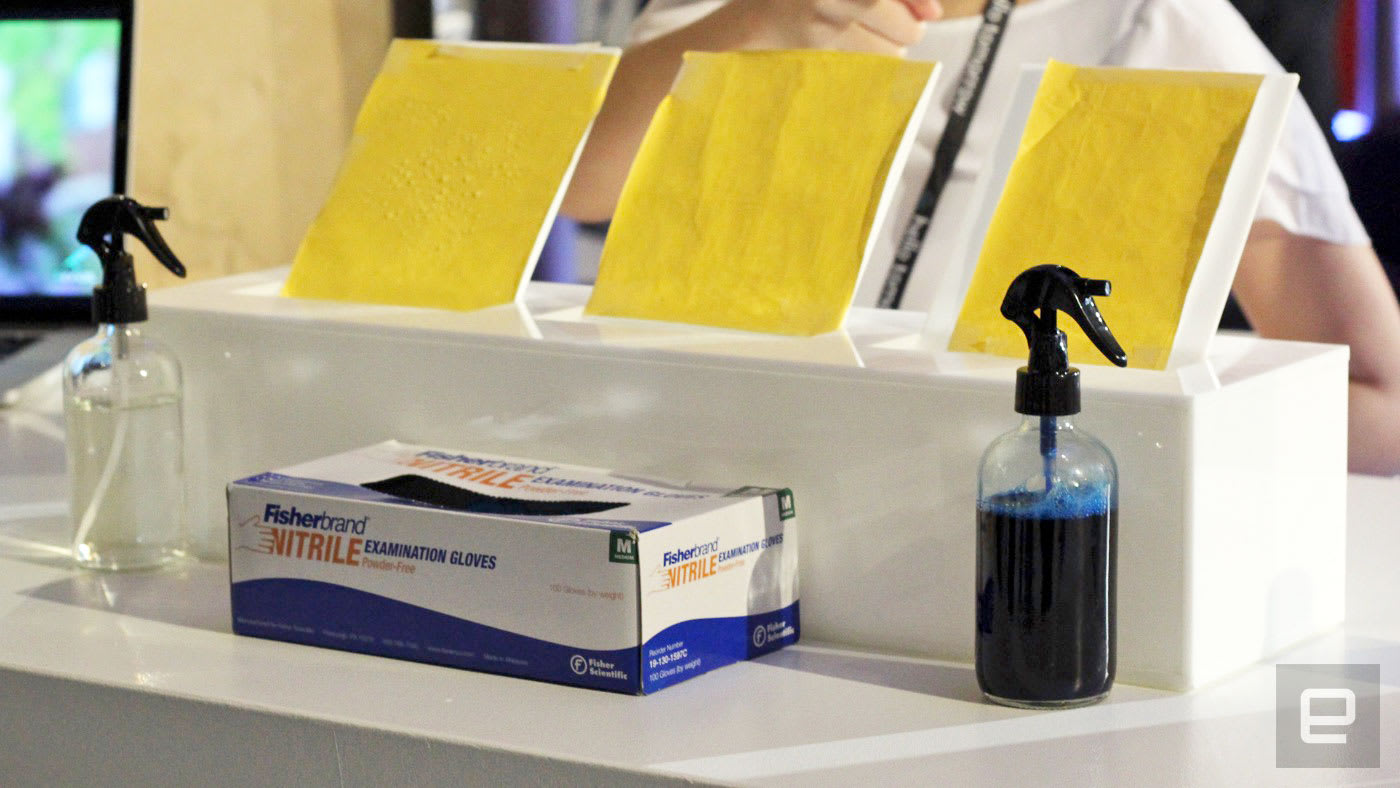 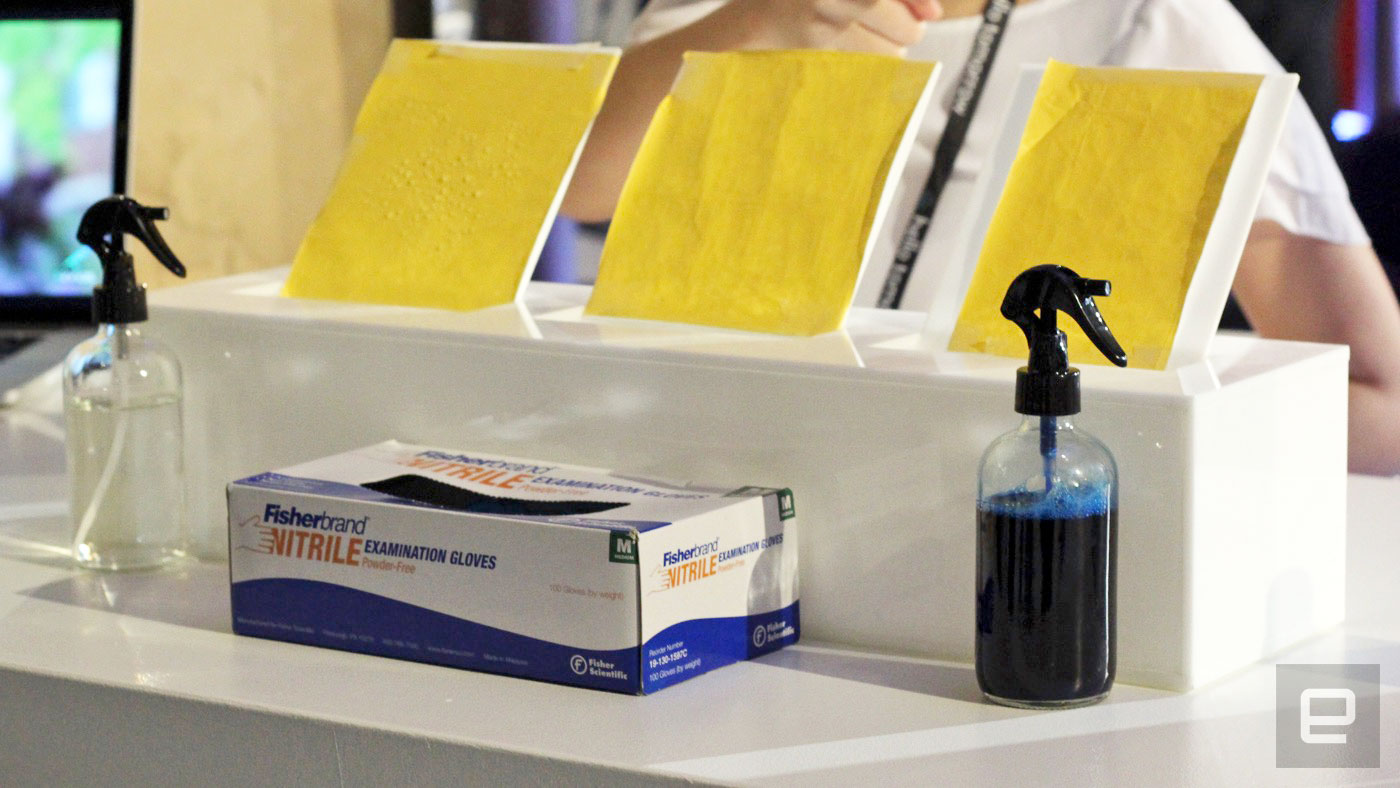 If you're unfortunate enough to wind up in hospital with a dangerous infectious disease like Ebola, then keep an eye on what your doctors are wearing. If their hazmat suits are smeared with blue dye that gently evaporates as they work with you, you can rest easy. If they're sporting the odd tint, it means that they're taking proper precautions and keeping their biohazard gear nice and clean. It also means that they're using Kinnos Highlight, a new wonder dye created by three students out of Columbia University. Kinnos' story began in 2014 at the height of the Ebola crisis, when Columbia University launched a challenge to look for solutions to the issue. Katherine Jin, Kevin Tyan and Jason Kang looked at the transmission of the disease by medical professionals and found that there was a problem with the way doctors decontaminate. It's current best practice to spray environment suits with bleach and wait 10 minutes before moving, but that's fraught with problems.

First up, tired doctors weren't waiting the full 10 minutes before deciding to disrobe. Secondly, bleach forms droplets when its sprayed, so it only covers around a third of the material. Thirdly, bleach isn't exactly visible, so it's hard for people to see if they've properly sprayed the clothing at all. Highlight is designed to resolve both of those issues, firstly by reducing bleach's propensity to form droplets, ensuring greater coverage. Secondly, the blue dye is designed to gently oxidize with the air, evaporating over a set period of time.

It means that doctors have a very visual way of telling if their gear has been decontaminated properly before disrobing. That should help reduce their risk of catching a disease themselves or passing it on to other people. Each bottle costs less than a dollar and can be mixed with up to a gallon of bleach, so it's not particularly expensive, either. The company is now working with bodies like MSF and the International Medical Corp., and could be a small, cheap and rather elegant solution to a problem that's dogged epidemic response teams for years.

In this article: Bleach, ColumbiaUniversity, Decontamination, Disinfectants, Ebola, hands-on, hellotomorrow, HelloTomorrow2016, JasonKang, KatherineJin, KinnosHighlight, medicine, science
All products recommended by Engadget are selected by our editorial team, independent of our parent company. Some of our stories include affiliate links. If you buy something through one of these links, we may earn an affiliate commission.