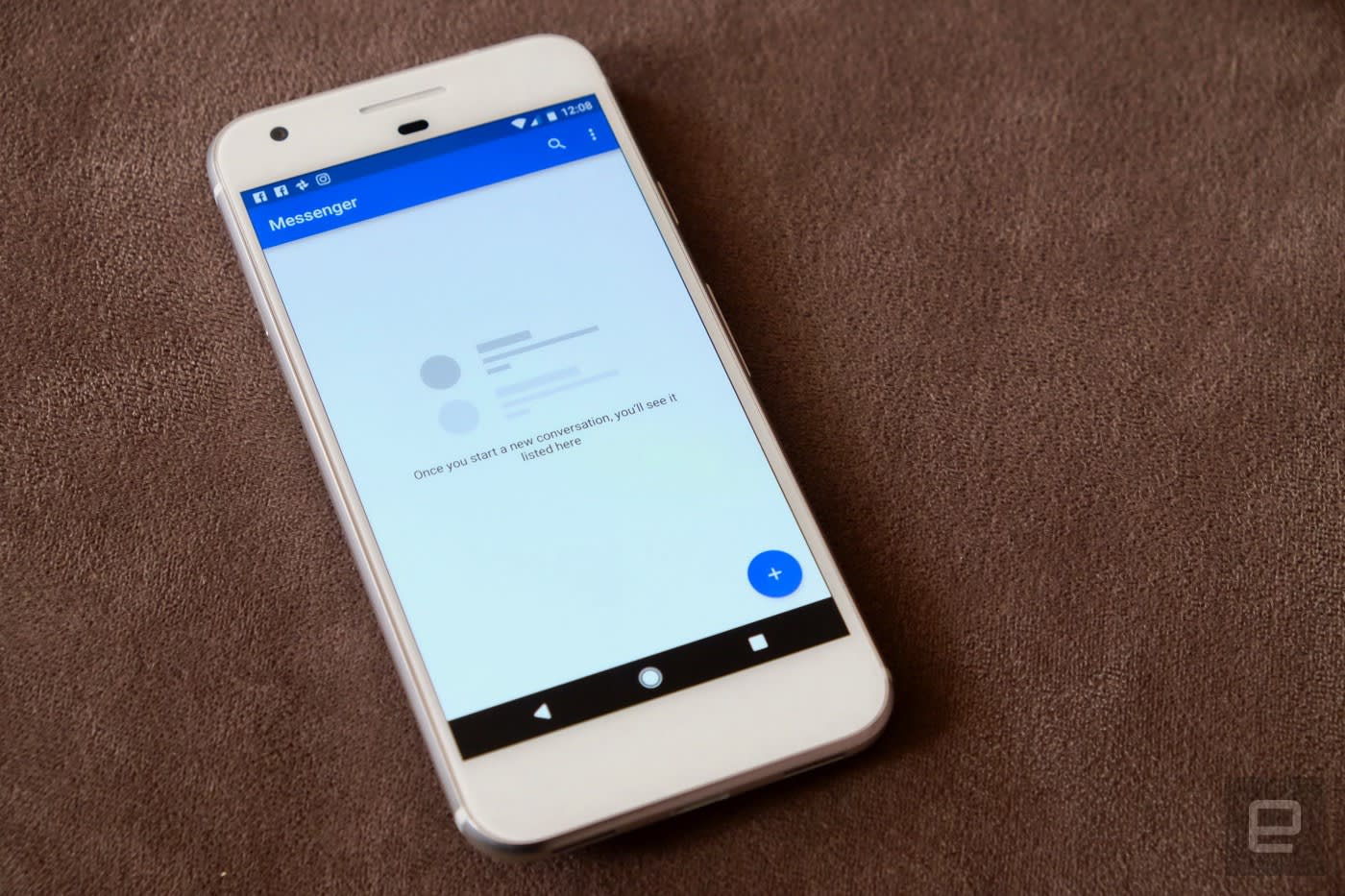 Even as services like Whatsapp, Facebook Messenger and iMessage proliferate, SMS won't die. It is, fortunately, starting to evolve. Rich Communication Services (RCS) has the potential to replace SMS over time, offering a lot of features we take for granted in other messaging apps (like read receipts, better group chat features and improved photo and video sending). But, of course, it requires carriers to buy in. Today, Google announced that Sprint will be the first US carrier to implement an updated version of the RCS standard -- next year, all Android devices sold on Sprint will have Google's Messenger app set as default and will support the improved messaging features.

If you're on Sprint now and using "select" LG and Nexus phones, you'll get the capability sooner via a Messenger software update. And it sounds like other customers can just download the updated Messenger app to get in on the RCS fun -- you'll just need to be running a phone with Android KitKat or later.

It's worth noting that while some other US carriers (including T-Mobile and AT&T) already support RCS, Sprint is the first to commit to an updated protocol for the service. The GSMA, which represents carriers around the world, announced that the latest spec for RCS is being released a little later this month -- while it's reasonable to assume that AT&T and T-Mobile will update to this new standard as well, Sprint is the first to pledge commitment for its customers.

While this is good news for Sprint customers, it's going to take support of the other big carriers in the US for this update to really be useful. Messenger will fall back to standard SMS if one of the conversation's participants isn't using a phone capable of the RCS standard, and that'll likely be what most users encounter, at least for starters. But any step towards a better default messaging standard is worth noting -- here's hoping that the other US carriers get on board post-haste.

Via: TechCrunch
Source: Google
In this article: gear, mobile
All products recommended by Engadget are selected by our editorial team, independent of our parent company. Some of our stories include affiliate links. If you buy something through one of these links, we may earn an affiliate commission.