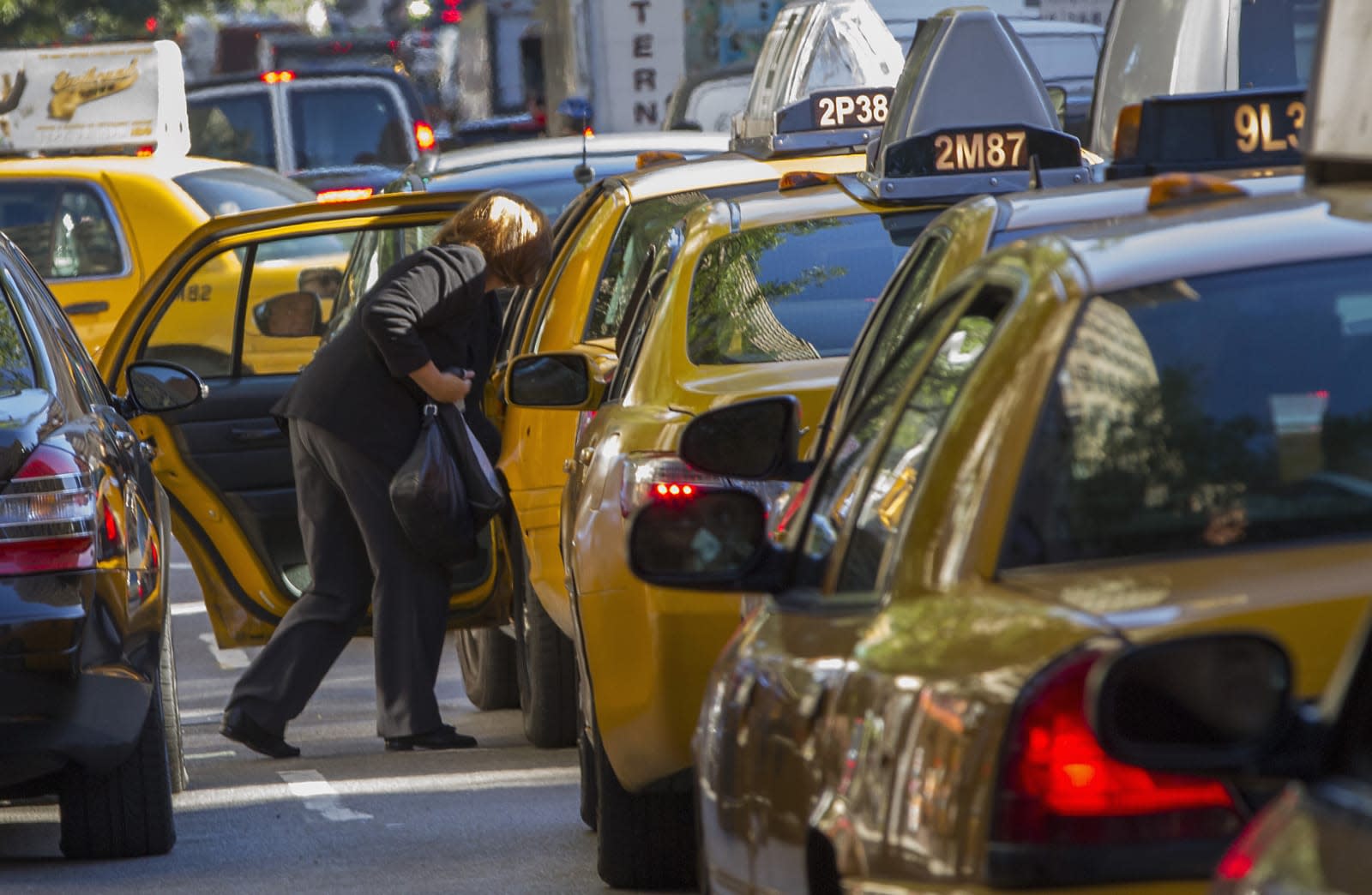 The study is, of course, highly academic, especially the assumption that you could convince 15,000 gainfully employed drivers to just go ahead and do something else. Putting that aside, however, implementing the ideas could lead to a more efficient transportation infrastructure, a reduction in lost time, lower pollution and more manageable traffic, the researchers say.

The main key is the carpooling aspect. The researchers created an algorithm that's more efficient than the ones used by companies like Uber or Lyft, which often require a trip to be fully booked before a route is create. Instead, it works in real time to reroute cars based on incoming requests and can send idle vehicles to high demand areas, speeding up service by 20 percent.

"A key challenge was to develop a real-time solution that considers the thousands of vehicles and requests at once," says CSAIL Professor Daniela Rus. The system does that by creating a graph of all vehicles and requests, then calculating every possible trip combination to determine the best assignments. Any vehicles without trips are rebalanced and sent to high-demand areas.

The system could cover 98 percent of trips in the Big Apple with 3,000 four-passenger vehicles, and 95 percent of trips with 2,000 ten-passenger vans. What's more, the algorithms would get better the more they're used, leading to even greater efficiency. "A system like this could allow drivers to work shorter shifts, while also creating less traffic, cleaner air and shorter, less stressful commutes," Rus says.

Unfortunately, the algorithms don't take into account the fact that many, if not most passengers would rather ride by themselves if they can afford it. Nor, of course, that many cities are set against ride-sharing services that compete against taxis, for safety and other reasons, despite the many disadvantages of old-school cabs.

The point of the study, though, is to look toward a more efficient future. As much as Uber, Lyft and other services have changed urban transport in the last few years, autonomous and electric cars could shake things up even more. "It's important that we as researchers do everything we can to explore ways to make these transportation systems as efficient and reliable as possible," says Rus.

In this article: cabs, CSAIL, MIT, NewYorkCity, NYC, science, study, taxis, transportation
All products recommended by Engadget are selected by our editorial team, independent of our parent company. Some of our stories include affiliate links. If you buy something through one of these links, we may earn an affiliate commission.