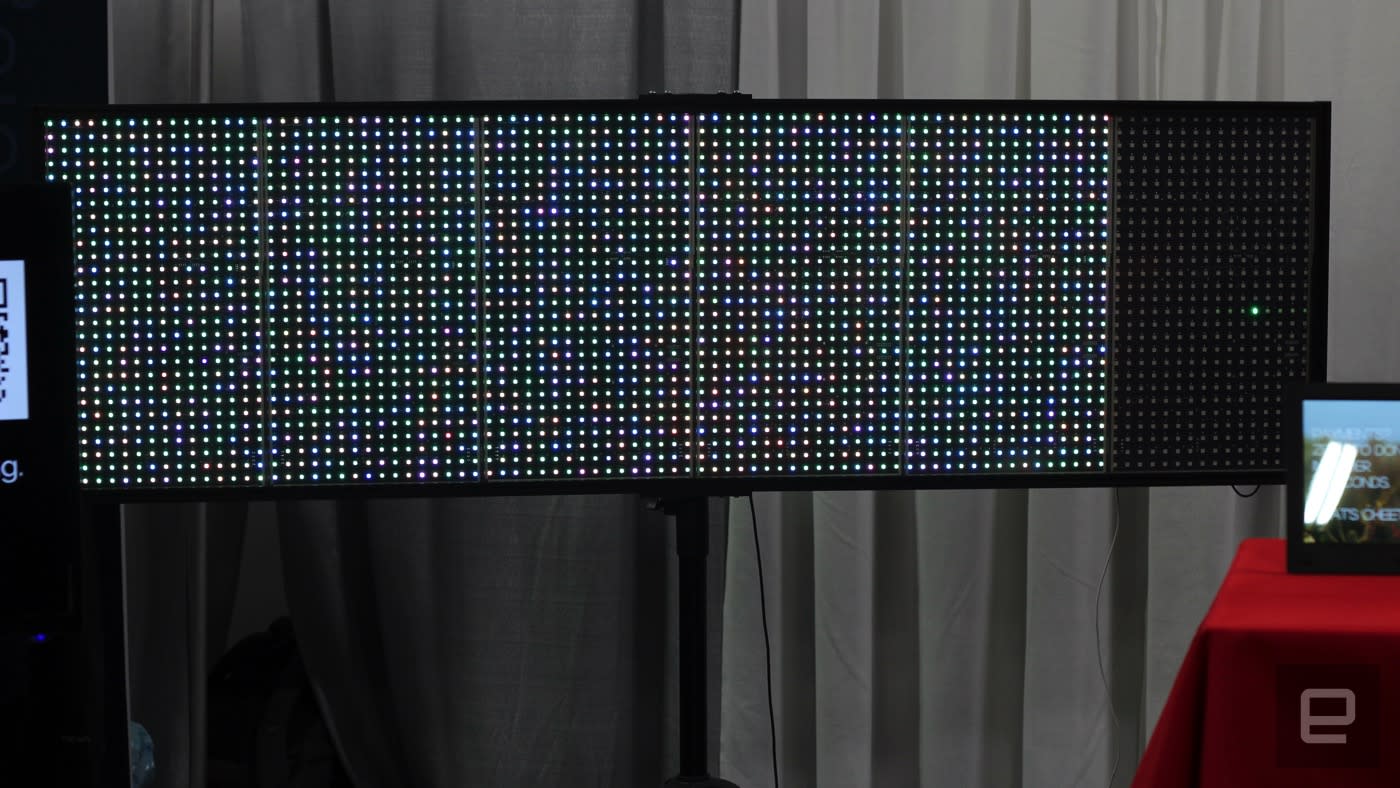 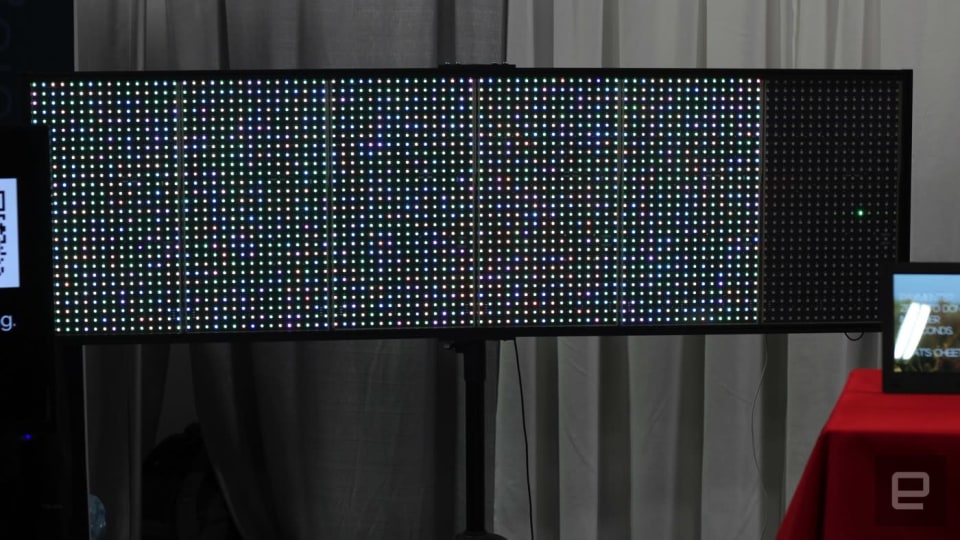 When Reflexion Interactive's Matt Roda was in high school, he suffered a severe concussion during a hockey game. At the time, his coach put him back in the game after asking asinine questions like who was president and what year it was. The experience inspired him and his friends to find a better way for high schools to detect concussions without buying expensive gear. A few years later, the Reflexion Edge was born.

Reflexion Edge is a billboard-style display that spans about five feet wide and has a grid of LEDs on the front. The idea is that at the start of the season players undergo a series of short spatial awareness and cognition tests while standing in front of the display. For instance, they'll be asked to tap a single light as it activates -- a test that in my own demo felt like a boring version of Whac-A-Mole. Once a baseline has been established for each player, they can do follow-up tests throughout the season, with each taking only 30 seconds or so.

More importantly, should a player suffer a suspected concussion, the company hopes that the Edge can diagnose the injury in just half a minute. They simply replay the test on the side of the field and if their stats deviate too much from the baseline, the player is sent to the emergency room. Right now, the tech is still a little rough around the edges and not the most accurate, but then again, most high schools don't have the funds to pay for expensive scanning gear. In fact, the prototype version of the device costs less than a thousand dollars.

One idea that the company is kicking around is that the device could double as a billboard when not being used as a diagnostic tool. That way, high schools could recoup some of the cost through ads that would run on it during games. Alternatively, the company could sell the device at cost and make money through a subscription during the sports season.

The three friends are now at different colleges (Case Western, Penn State and Cornell), but continue to develop the device together in their spare time. They're planning to spend the rest of the year running a clinical study to validate the efficacy of the Edge and, if all goes to plan, have it ready for sale by 2018.

Click here to catch up on the latest news from CES 2017.
In this article: 2017, CES, CES2017, Concussion, gear, hands-on, HighSchool, medicine, Reflexion, ReflexionEdge, Sports
All products recommended by Engadget are selected by our editorial team, independent of our parent company. Some of our stories include affiliate links. If you buy something through one of these links, we may earn an affiliate commission.