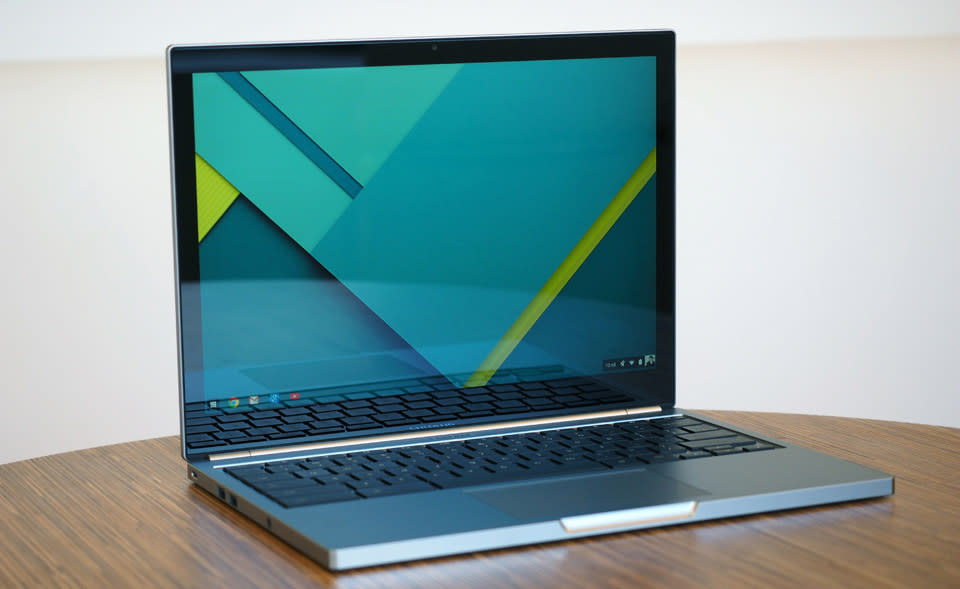 There has been a lot of chatter over Chromebooks running Android apps in recent months and creative types are about to get a handful of new tools. Adobe announced today that as part of a beta for Chrome OS devices that launches this month, it will release a collection of six free Android Creative Cloud apps that are optimized for the machines. However, if you have one of the three Chromebooks that are already capable of running Android software, you can use these Adobe apps immediately. Adobe has already been working with Google on a version of full-on Photoshop that you stream from the cloud for Chromebooks. That beta test began in 2014 and it was only open to Creative Cloud education users. Now that all new Chromebooks, in addition to a few existing options, are slated to run Android apps this year, Adobe can offer versions of its creative suite to anyone who owns one of the computers. Of course, Chromebooks are a big hit in the classroom, so this puts Adobe's free software in the hands of students, too.

In terms of Android apps, expect Adobe's Photoshop Mix, Lightroom mobile, Illustrator Draw, Photoshop Sketch, Comp CC and Creative Cloud Mobile to be available later this month. Sure, these are mobile apps, but Adobe has been adding some powerful features to the software for a while now. What's more, some of those tools include handy tasks from the desktop versions of the creative apps. If you're using an ASUS Flip, Acer R11/C738T or Google Pixel (2015), that collection of software will be available for you to use today. All you have to to do is head over to the Play Store to nab it.

In this article: adobe, adobecompcc, android, app, apps, chromebook, chromebooks, chromeos, creativecloud, creativecloudmobile, gear, illustratordraw, lightroommobile, personal computing, personalcomputing, photoshopmix, photoshopsketch, software
All products recommended by Engadget are selected by our editorial team, independent of our parent company. Some of our stories include affiliate links. If you buy something through one of these links, we may earn an affiliate commission.