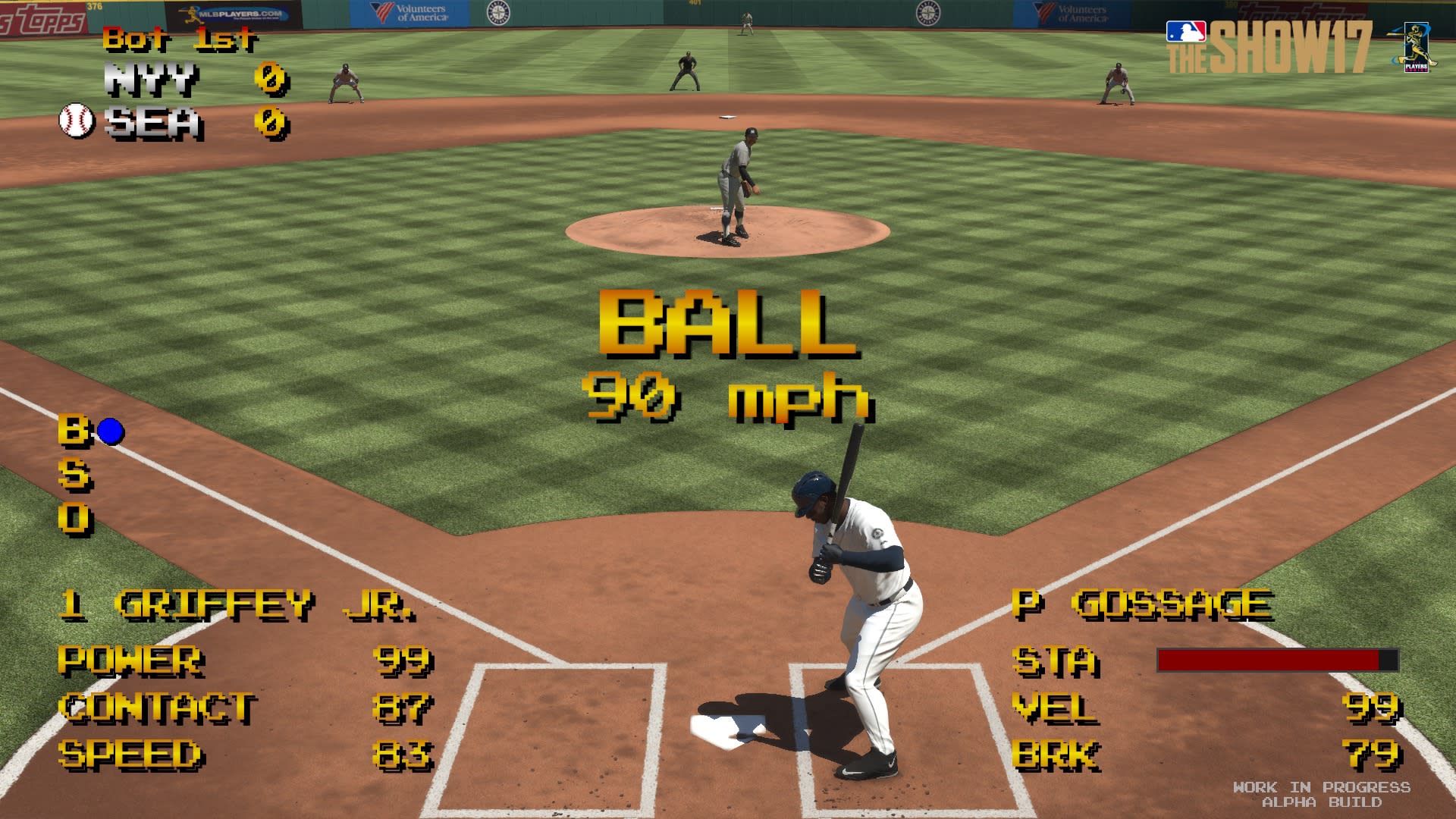 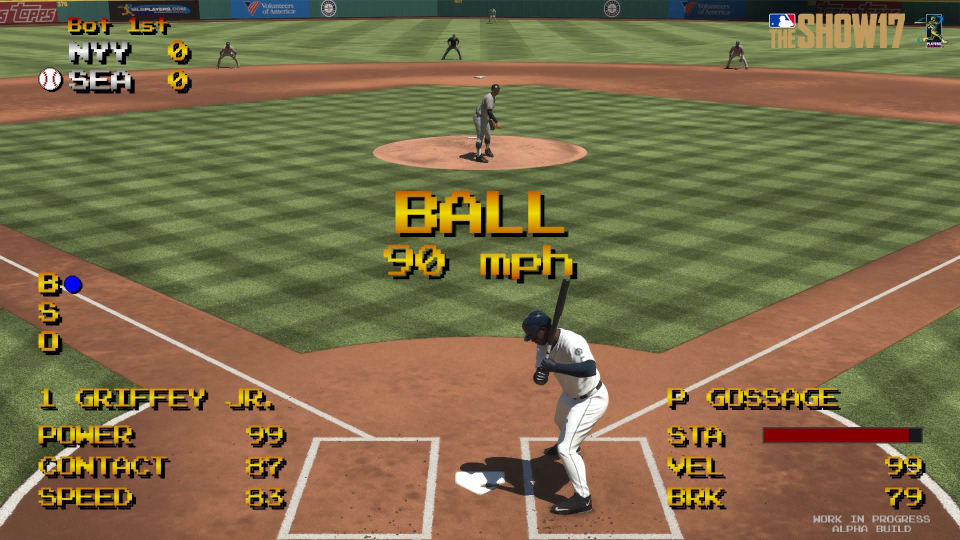 Unlike how EA Sports has handled its monopoly on NFL games with Madden, Sony's venerable MLB: The Show series tries keeping things fresh, and most importantly fun, each season. One of the cooler aspects of this year's incarnation is Retro Mode. As the name suggests, it hearkens back to a simpler time when taking the virtual mound didn't require an in-depth knowledge of ball physics and batting styles to strike someone out -- just a little luck. A post on the PlayStation Blog says that it's "pretty much a one-button mode." Sign me up.

"In an effort to simplify the batter vs. pitcher battle, we've taken all the pitching attributes out and boiled them down to velocity, break and control," Sony San Diego's Ramone Russell writes. From there, you can throw a fastball or changeup with the X button and pushing the DualShock 4's left analog stick in a given direction. To put a slider across the plate, you move the analog stick after the pitch is thrown.

Once again, the development team will be doing weekly Twitch streams going deep on individual features. Expect more info on Retro Mode in the form of a vlog on February 7th, and a deep dive via Twitch two days later. Not a fan of a pixelated interface (seen below at the one-minute mark) and simpler controls? Well, there's always Road to the Show and Franchise modes for all your simulation cravings.

In this article: av, gaming, mlbtheshow, mlbtheshow17, playstation, playstation4, ps4, ramonerussell, retromode, sony, sonysandiego
All products recommended by Engadget are selected by our editorial team, independent of our parent company. Some of our stories include affiliate links. If you buy something through one of these links, we may earn an affiliate commission.