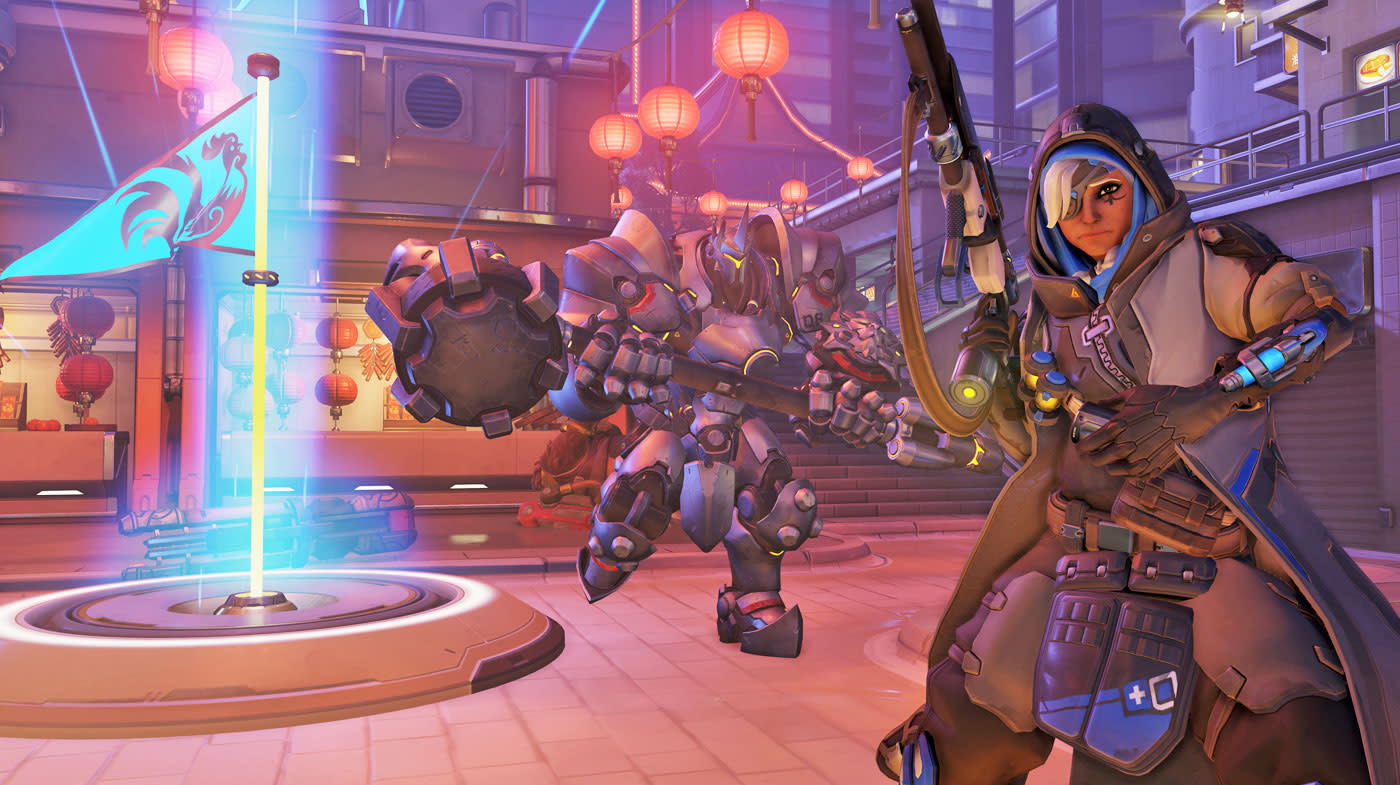 Blizzard's roster of games have all evolved from their initial versions through periodic updates tweaking rules and adding content, but only after extensive testing on the studio's end. To let players in on the fun, some of the titles have opened up temporary beta servers called Public Test Realms to fiddle with proposed changes before they're fully implemented into the games. Hero shooter Overwatch is finally getting its own PTR today which PC players can use to try out the new Server Browser and Capture The Flag mode, along with a few character alterations.

Unfortunately, console versions won't get to take part in the playtesting, as they aren't getting a PTR. As the game's director Jeff Kaplan commented in a forum thread back in November, the consoles require content updates to pass certification before new things are added...a process so rigorous that they use the PTR to iron out the kinks, so it's kind of a chicken-egg problem, he said.

If you're playing on a computer, though, the PTR hosts a few fun additions and tweaks. The Server Browser shouldn't surprise any shooter multiplayer fans from the pre-Matchmaking era: It lists games in your region and allows you to filter out maps or conditions you don't want. The new Capture The Flag mode that launched as a temporary brawl two weeks ago for the Lunar New Year event will become a regular feature. There are a few hero tweaks, which are listed on Overwatch's official blog. Lastly, custom games is getting developer love with new conditional changes, and they'll finally award players XP.

As befits the studio's "it's done when it's done" motto, there's no indication how long these changes will stay in the PTR before implementation in the main game. We've reached out for more information and will update this post should it arrive. Happy testing, PC players.

In this article: av, Blizzard, gaming, overwatch, ptr, PublicTestRealm
All products recommended by Engadget are selected by our editorial team, independent of our parent company. Some of our stories include affiliate links. If you buy something through one of these links, we may earn an affiliate commission.