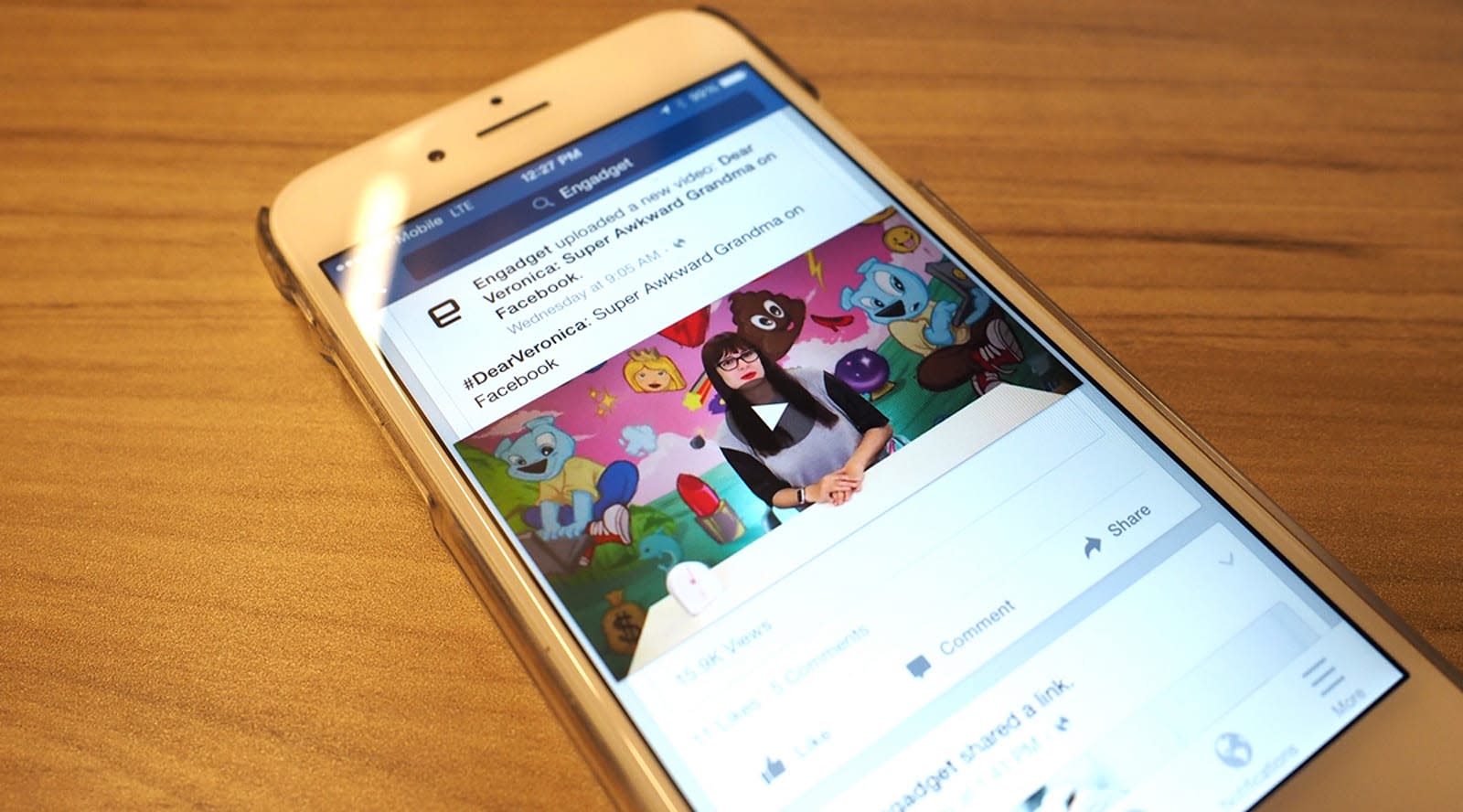 Facebook's recent push into video is coming for your big screen TV. The social network enabled streaming video to Apple TV and Chromecast last October, but it's about to go native with an app specifically made for set-top boxes from Apple, Amazon and Samsung.

The new app will let you lean back to watch Facebook videos from the comfort of your couch. It also allows the social network access to millions of people relaxing in their living room, a move that could help Facebook sell more of its planned interstitial ads.

Facebook says you will be able to use the new app to watch videos your friends have shared, from Pages you follow and see the most popular live videos alongside videos recommended to you based on your interests. You can even save FB videos to watch later and re-watch the ones you've already watched, shared or uploaded.

Facebook announced a few other improvements, too. Now video audio will automatically play when your mobile device's sound is turned on, you will see larger previews of video shot vertically, and you will get to keep watching videos in a minimized window on your screen as you scroll through your feed.

As of January of 2016, users have watched 100 million hours of video on Facebook, which could explain the company's recent frantic strategy changes in the video space. Adding another way for users to consume video when they're ostensibly away from their mobile devices or computers can only increase that number.

In this article: amazon, amazonfiretv, apple, AppleTv, business, culture, facebook, internet, mobile, samsung, SamsungTv, settopbox, TV
All products recommended by Engadget are selected by our editorial team, independent of our parent company. Some of our stories include affiliate links. If you buy something through one of these links, we may earn an affiliate commission.