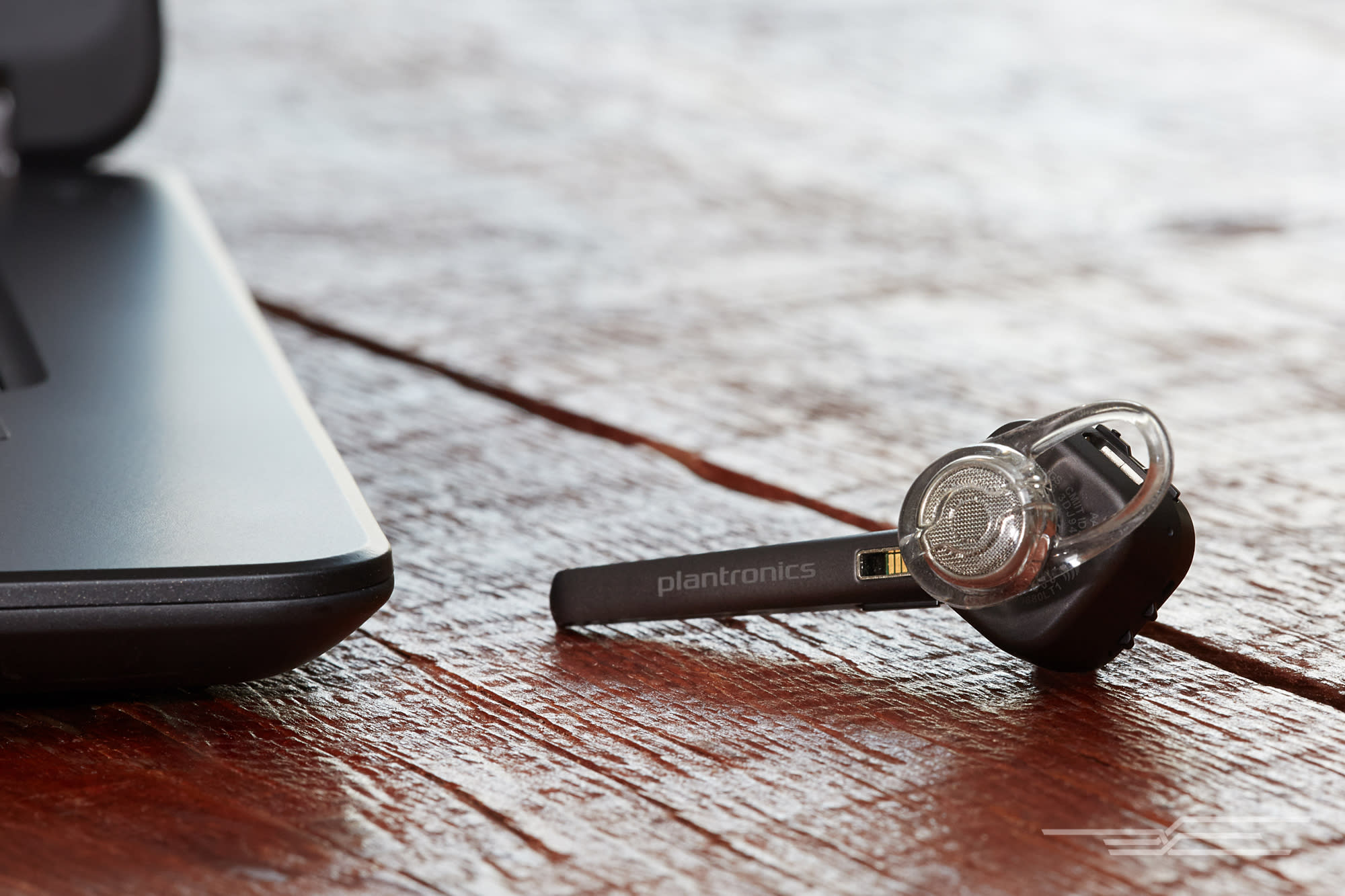 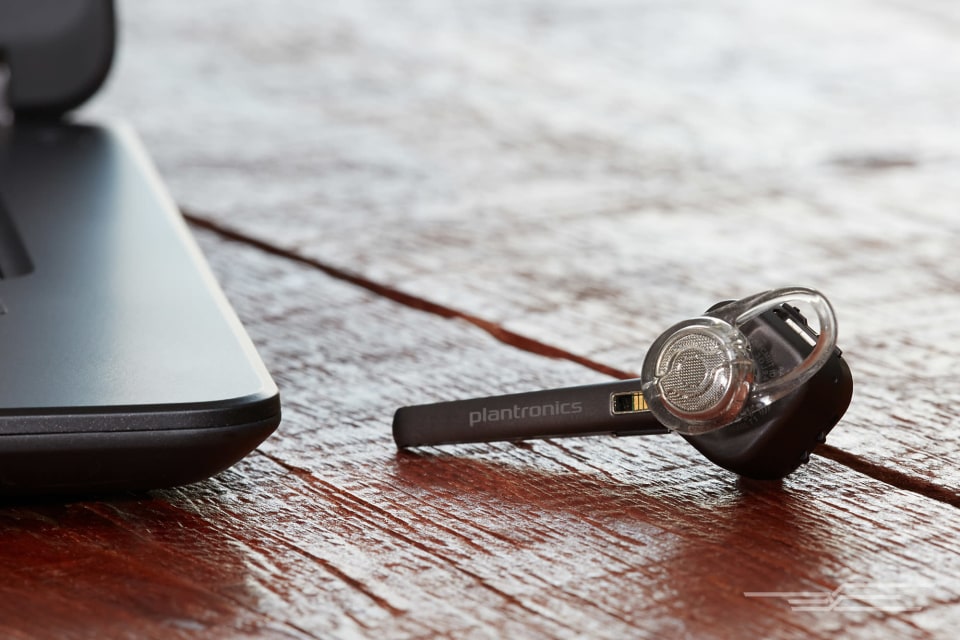 By Marianne Schultz and Nick Guy

If you're hopping on and off the phone throughout the day, or if you're typically talking on the phone while driving (despite the safety concerns), the Plantronics Voyager Edge is the best Bluetooth headset for most people. After putting in 50-plus hours of research and testing more than 15 models over the past three years—including 12 hours of testing and three new models for the latest update—the Voyager Edge continues to lead the pack with its combination of stellar sound quality, long battery life, excellent Bluetooth range, and comfortable fit.

If you don't do much talking on your mobile phone, but you prefer to talk hands-free, you're probably fine using the earbuds that came with it. But a good mono (one-ear) Bluetooth headset is a great accessory if you speak on the phone frequently and want the convenience of having your hands free—you don't want to stay tethered to your handset by a wire, or to have to hold the phone with your shoulder while you talk, which is terrible for your neck and back. A headset is also appealing if you need to be sure that your voice sounds clear to the person on the other end, even when you're talking in an environment with a lot of wind or other background noise.

If you have a new iPhone 7, which lacks a headphone jack and has only a single Lightning-connector port for headphones or charging, a Bluetooth headset lets you charge your iPhone while you take calls hands-free. For our 2016 update, we looked for any newcomers to the market since the previous iteration of this guide. Consulting reviews on sites such as PCMag and ComputerWorld, and user reviews on Amazon, we narrowed the options down to two new models from major manufacturers that seemed worthy of hands-on testing.

You shouldn't expect exceptionally long battery life, but you at least want your headset to last through a workday. We consider five hours of actual talk time to be the minimum. Some headsets, including our top pick, come with a charging case—a battery-equipped storage case that charges the headset when you put it inside—to extend battery life significantly, but the headset itself should still be able to last a good while alone.

In terms of functional design, you want a headset that charges via Micro-USB rather than with a proprietary cord or charger. You probably already have at least one or two other gadgets that use Micro-USB cables, so it's nice to be able to use the same cable and charger for everything.

We tested for battery life, comfort, sound quality, and Bluetooth range. We also looked for headsets with excellent controls that allow you to answer calls and adjust the volume easily and intuitively. We gave bonus points to models that allow you to perform some of these functions hands-free, using just your voice. For more on our testing procedures, see our full guide. The Plantronics Voyager Edge remains our pick for most people because it's a solid all-around performer. As in the past two years, it came out on top in our latest batch of audio-quality and comfort tests. In terms of battery life, it came in second out of the three headsets we tested this year, with a talk time of 6 hours; however, its included charging case gives it a total of 16 hours of talk time, the longest of the bunch. The Plantronics Voyager 5200 bested the Edge in Bluetooth range, but the Edge's range is more than sufficient for most people. The Edge also has simple pairing, easy-to-use controls, and a smartphone companion app that makes it easy to adjust the headset's settings.

The Voyager Edge supports Bluetooth 4.0, plus NFC pairing with compatible smartphones. We found pairing with an Apple iPhone 7 Plus to be quick and easy, and using the headset is just as simple. In addition to voice control, the Voyager Edge has sensors to determine whether you're wearing it. The headset has physical buttons for on-off, volume level, call answer, and voice command, each of which are easy to find and press.

Call quality is the most important aspect of any Bluetooth headset, and the Voyager Edge excels here. In our tests of call audio quality, it was edged out slightly by the more-expensive Voyager 5200 in a quiet office environment, but performed better than the 5200 in a busy coffee shop and a windy car—the Edge was a solid, all-around performer, particularly given its compact size. The Voyager Edge is usually around $30 cheaper than the Voyager 5200, so the minor differences we heard in audio quality makes the Edge a better overall value. The Voyager 5200 fits over the ear for a more secure fit, but it's more of a hassle to put on. Photo: Marianne Schultz

The Voyager 5200 is a beefier headset with more features. It has an additional microphone for noise-cancelling (for a total of four, compared with three on the Voyager Edge), and its Bluetooth range is the most impressive of the bunch. Plantronics says the 5200 can reach 98 feet without audio dropping out; in our tests we noticed dropouts in voice calls at just over 70 feet, but streamed music didn't get choppy until around 150 feet. The Plantronics Explorer 500 is a good choice for people who don't want to spend a ton and are willing to give up some audio quality. The Explorer 500 is smaller than the Voyager Edge, but its battery lasts about an hour longer. It also has great Bluetooth range: In our tests, audio didn't drop out until around 54 feet for voice and 95 feet for music. In our quiet-office and coffee-shop tests, however, our listening panel didn't love the audio the 500 transmitted. One panelist in an earlier test described voice as sounding "blobby" in the office, and in another test the Explorer picked up more background noise than other units did. In the coffee-shop test, it lost some audio whenever plates clinked in the background.

In this article: bluetooth, bluetoothheadset, gadgetry, gadgets, gear, partner, plantronics, PlantronicsBluetooth, PlantronicsExplorer, plantronicsexplorer500, PlantronicsVoyager, syndicated, thewirecutter, wirecutter
All products recommended by Engadget are selected by our editorial team, independent of our parent company. Some of our stories include affiliate links. If you buy something through one of these links, we may earn an affiliate commission.
Share
Tweet
Share