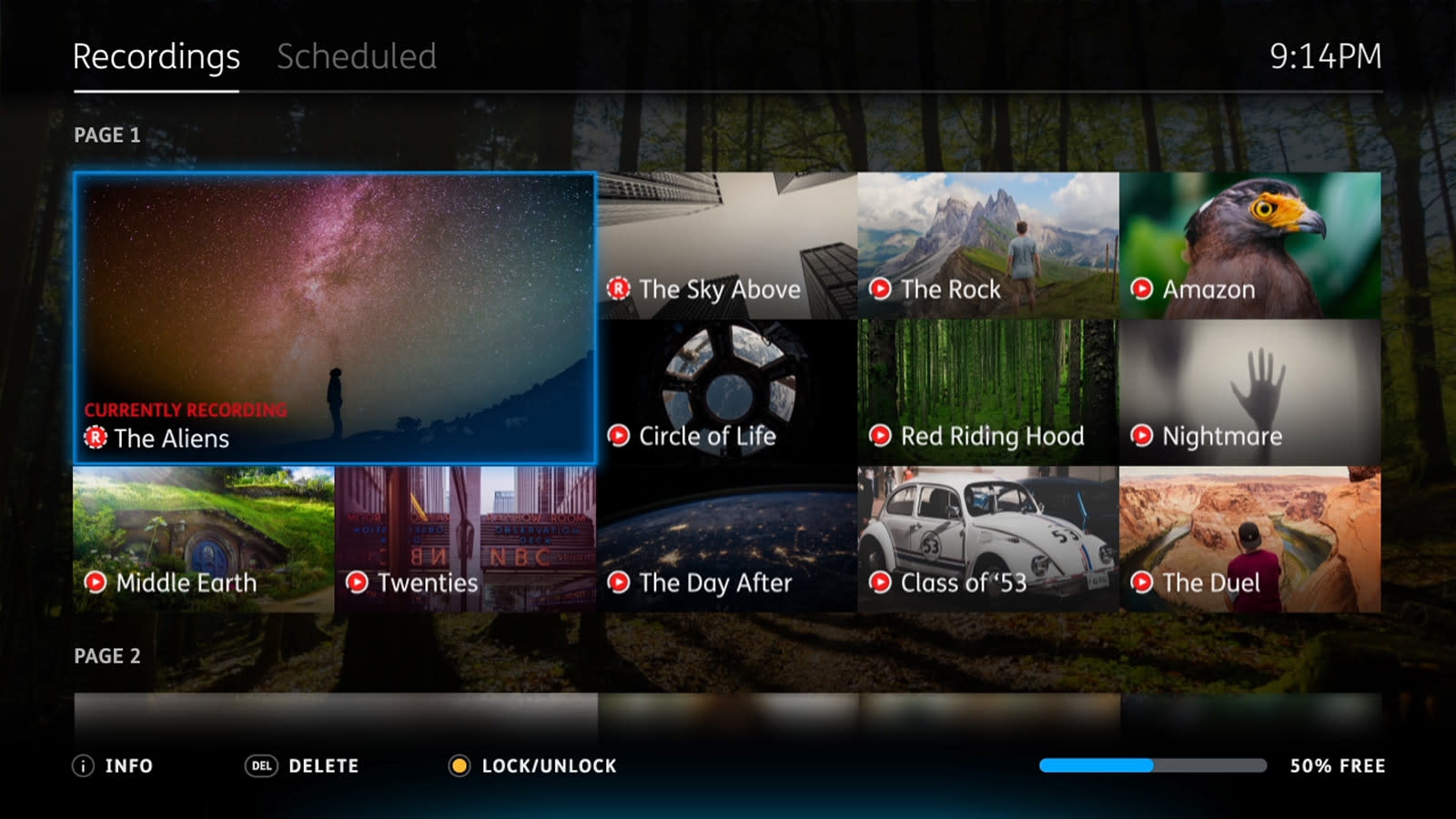 YouView announced a fairly comprehensive update to its set-top box UI last November, but it was actually TalkTalk customers that got almost immediate access to the new look. Today, it's the turn of contract-free retail YouView boxes, starting with the Humax T2000 -- the T1000 and T1010 models will receive it in due course. Several headline improvements have taken place behind the scenes. For one, YouView has completely rebuilt the platform in HTML5 for better responsiveness and faster navigation.

Furthermore, some parts of the new interface are processed in the cloud and not on the box, which YouView says allows it to iterate features quicker. It's also the reason you can now schedule recordings remotely via the YouView mobile app. In terms of changes to the actual UI, it's lighter on words and menus, and heavier on cards and thumbnails. In addition to being more visually engaging, the main menu and recordings library have been reorganised so you can do more in less clicks. There's also a new miniguide you can invoke while you're watching something that gives you easy access to other channels, your recordings, streaming apps and settings.

Now the fresh UI has begun reaching retail YouView boxes, only BT customers are left updateless, but that shouldn't be the case for much longer. In fact, retail boxes were originally supposed to receive the update alongside BT boxes, so we don't imagine any lengthly delay.

In this article: av, bt, entertainment, gear, humax, talktalk, tv, youview
All products recommended by Engadget are selected by our editorial team, independent of our parent company. Some of our stories include affiliate links. If you buy something through one of these links, we may earn an affiliate commission.