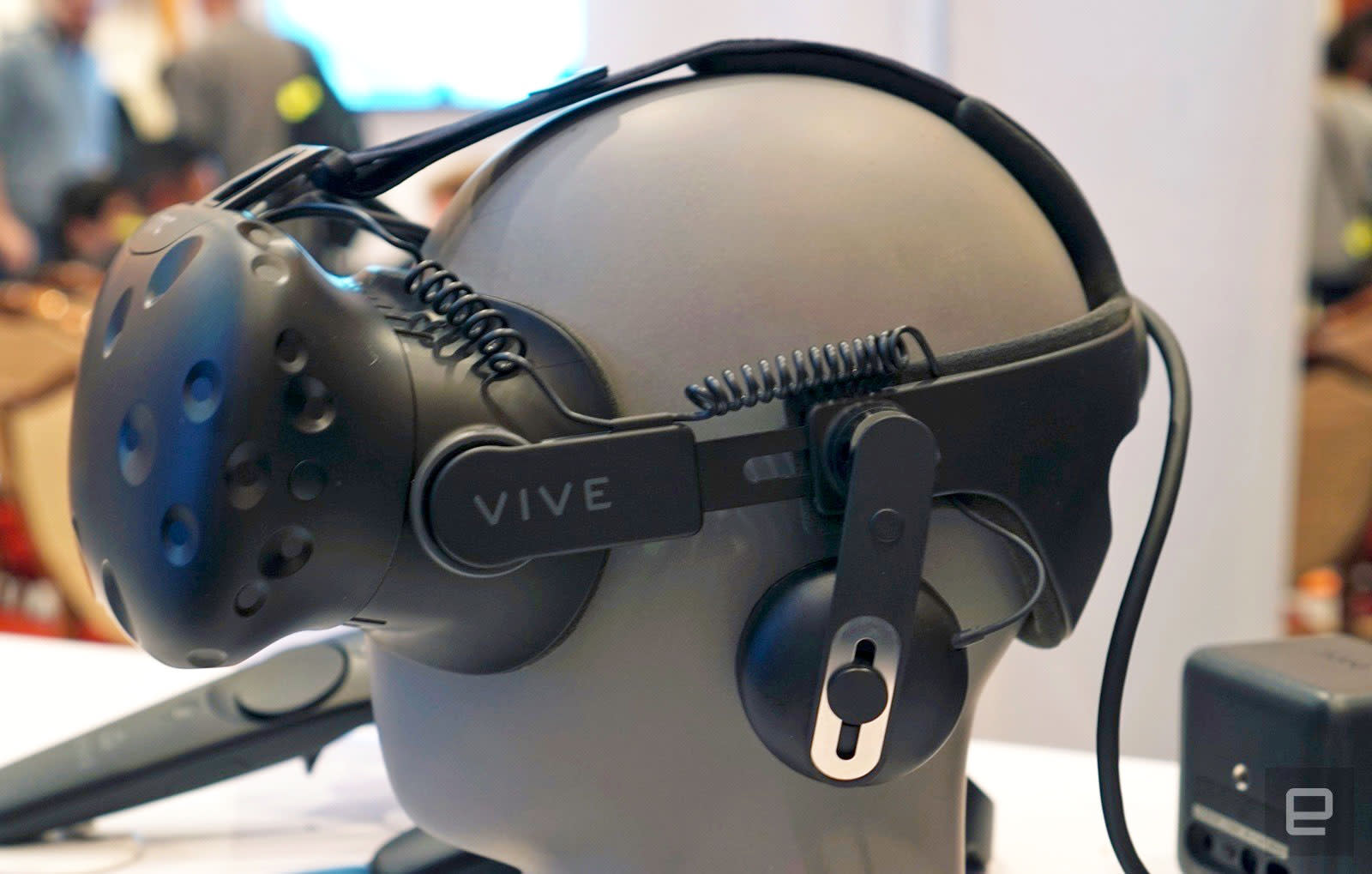 HTC launched a pair of desirable accessories for its Vive VR headset at CES 2017 in Las Vegas last month, and now we know when they'll arrive and for how much. The Vive Tracker, a 3D tracking device that you can attach to your wrists or any objects you want to use in VR, will cost $100 (£100 in the UK) and arrive to developers only starting on March 27th. The Deluxe Audio Strap, which adds some much-needed comfort to the otherwise fabulous headset, will also cost $100 and £100 in the UK.

These new accessories are pretty important for HTC's fledgling Vive division. While the Vive has reportedly logged decent sales, possibly better than Oculus, Sony recently revealed that it has sold nearly a million Playstation VR headsets, likely more than HTC and Oculus put together.

The main knock on the Vive headset (besides the whopping $800 price) is the lack of comfort. The Deluxe Audio Strap goes a long way to solving that issue thanks to its adjustable sizing dial, and it has built-in headphones to boot. It might irk some buyers to pay an extra $100 for the strap when they've already shelled out $800, though. As for the Tracker (above), you can attach it to your legs and arms, making jumping, punching, ducking and crouching actions more realistic in fighting games. "You can now comfortably kick objects, see yourself crouching, and even lie prone with one-to-one accuracy in Island 359," developer Steve Bowler told HTC.

It can also be added to a dummy gun-type device, making simulated in-game weapons work like the real ones. During CES, HTC also fixed one to a fire hose as part of a firefighter training game, showing the potential of the device for military, police and other types of simulations.

The Tracker goes on sale on March 27th for $100, but only for developers and with a vague "later in the year" timeline for end-users. That means it'll take a while for the product to get into consumers' hands, as companies must first integrate the device into their games and software. HTC said, however, that the tracker "is a key piece" of its Vive ecosystem and VR strategy, not just for gaming but areas like education, training and health and wellness.

In this article: Accessories, DeluxeAudioStrap, gdc, gdc2017, gear, htc, HTCVive, mwc2017, Tracker, VirtualReality, Vive, VR, wearables
All products recommended by Engadget are selected by our editorial team, independent of our parent company. Some of our stories include affiliate links. If you buy something through one of these links, we may earn an affiliate commission.