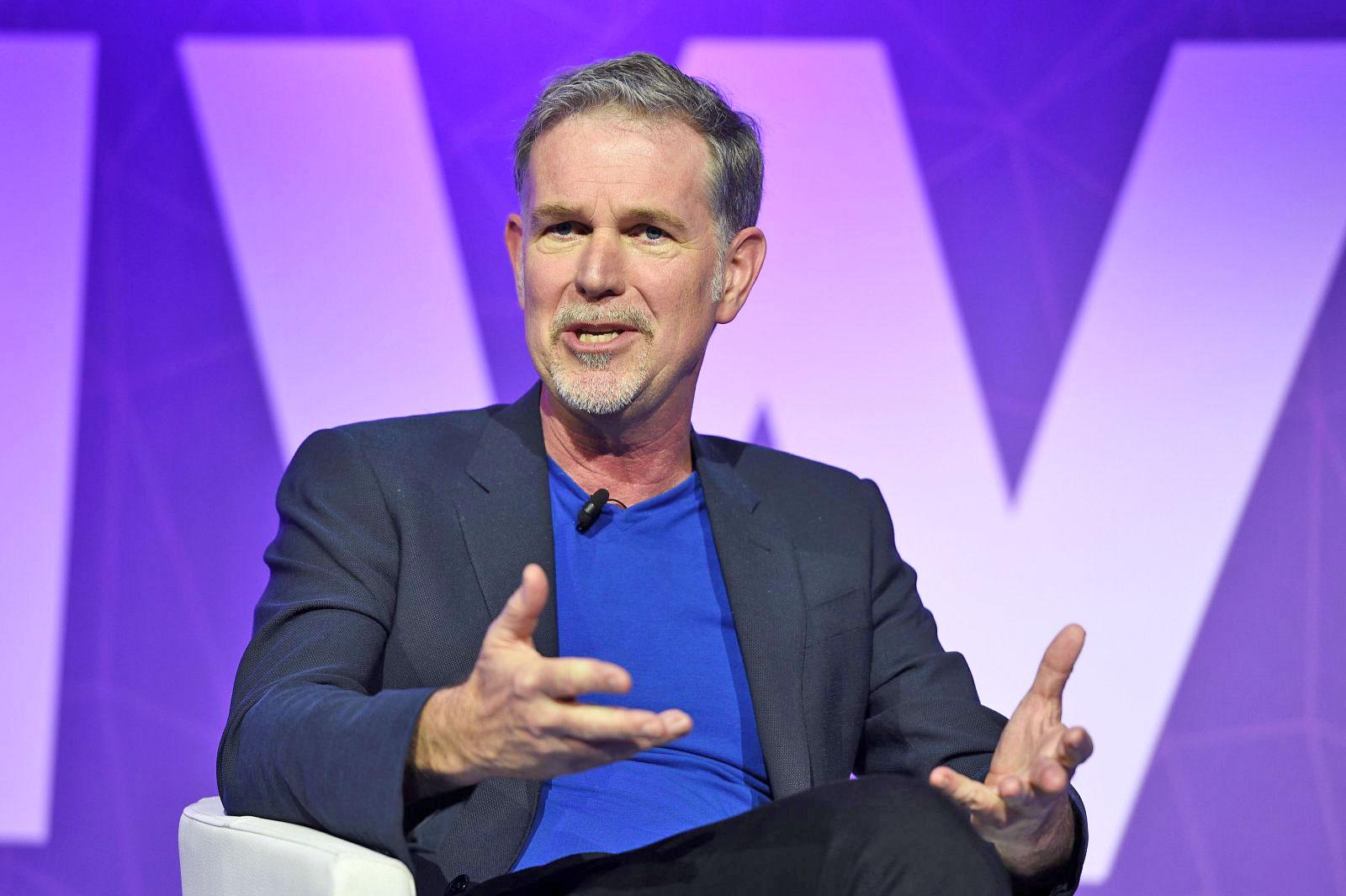 It's no secret that video streaming is king right now and that the binge-watching craze Netflix helped establish is making other TV providers rethink how they offer content to customers. Here at Mobile World Congress, the company's CEO, Reed Hastings, was on hand to discuss global expansion, the future of television and the challenges of dealing with data caps.

"Before you know it, the future we only dreamed of is here," proclaimed the sizzle reel that introduced the Netflix chief executive here at MWC 2017. That present happens to include the streaming service winning an Oscar for the documentary The White Helmets. It also has the company working hard to improve the streaming experience for millions more viewers around the world now that the service has expanded to a number of new countries.

"Ten or 20 years from now, all of the video you view is going to be on the internet," Hastings said onstage at an event in Barcelona today. "One slice of that will be from Netflix." That's relatively modest for a company that's already pretty much the de facto name in streaming movies and TV.

Such success comes with a problem, though. When you're providing all that content and cautious ISPs (with their own interests) you have to deal with buffering, especially on a mobile device. Netflix hasn't been shy about giving users tools to improve the viewing experience while they're on a phone or tablet, but Hastings says what we've seen so far is only the beginning. He's also been candid in his criticism of weak net neutrality rules and ISP tolls. It's a topic that's even more urgent now that AT&T has its own television streaming service with DirecTV Now -- plus the carrier and Verizon are zero-rating their services so that they don't eat up customers' monthly data allotments. This leaves Netflix to do what it can to improve the experience on its end.

"We're invested heavily on many levels on the network servers and on the codec side so that the mobile experience is just instant," he said. "That really changes your relationship with the service."

Buffering is Netflix's biggest buzzkill, so if that's no longer a concern, the user experience dramatically improves. Unsurprisingly, the company head says the service is working hard to make buffering a thing of the past. "A number of companies are pioneering ways of offering services to consumers where it's unlimited video data, but it's limited speeds. That turns out to be very efficient on the networks so that the operator can offer unlimited viewing," he said.

Hastings says Netflix is investing in encoders that, even at lower bandwidth, still provide very good picture quality on a mobile device. He claims that in some cases the company is currently down to 300kbps, and he's hoping to go even lower.

"We're getting more and more efficient at using operator's bandwidth and in exchange what they're trying to figure out for the whole industry is, how can we offer unlimited video so that you can just enjoy it and not think about 'Am I going to hit the data cap,'" he said.

Late last year, Netflix began allowing users to download certain shows and movies for offline viewing. The much anticipated (yet unexpected) feature has made a big difference. Hastings conceded that there are certain places users want to access Netflix when a connection isn't an option. Indeed, this reporter can attest to the usefulness of offline playback while on a cross-country flight or on a trek across the Atlantic.

"You are going to see most linear networks convert to binge viewing," Hastings added. Of course, HBO and others have already done so, which means you're free to stream multiple episodes of the likes of Game of Thrones at your leisure. It will certainly be interesting to see if others adapt to the model, especially when users are able to watch an entire season of Netflix originals over the course of a weekend before moving on to another selection on the service. Or at the least, it's a way to dissuade them from moving on to another service. Hastings stopped short of committing to any immediate timelines, but for now know that he's working on helping you work through your watch list without breaking the (data) bank.

In this article: business, entertainment, mwc2017, netflix, reedhastings
All products recommended by Engadget are selected by our editorial team, independent of our parent company. Some of our stories include affiliate links. If you buy something through one of these links, we may earn an affiliate commission.