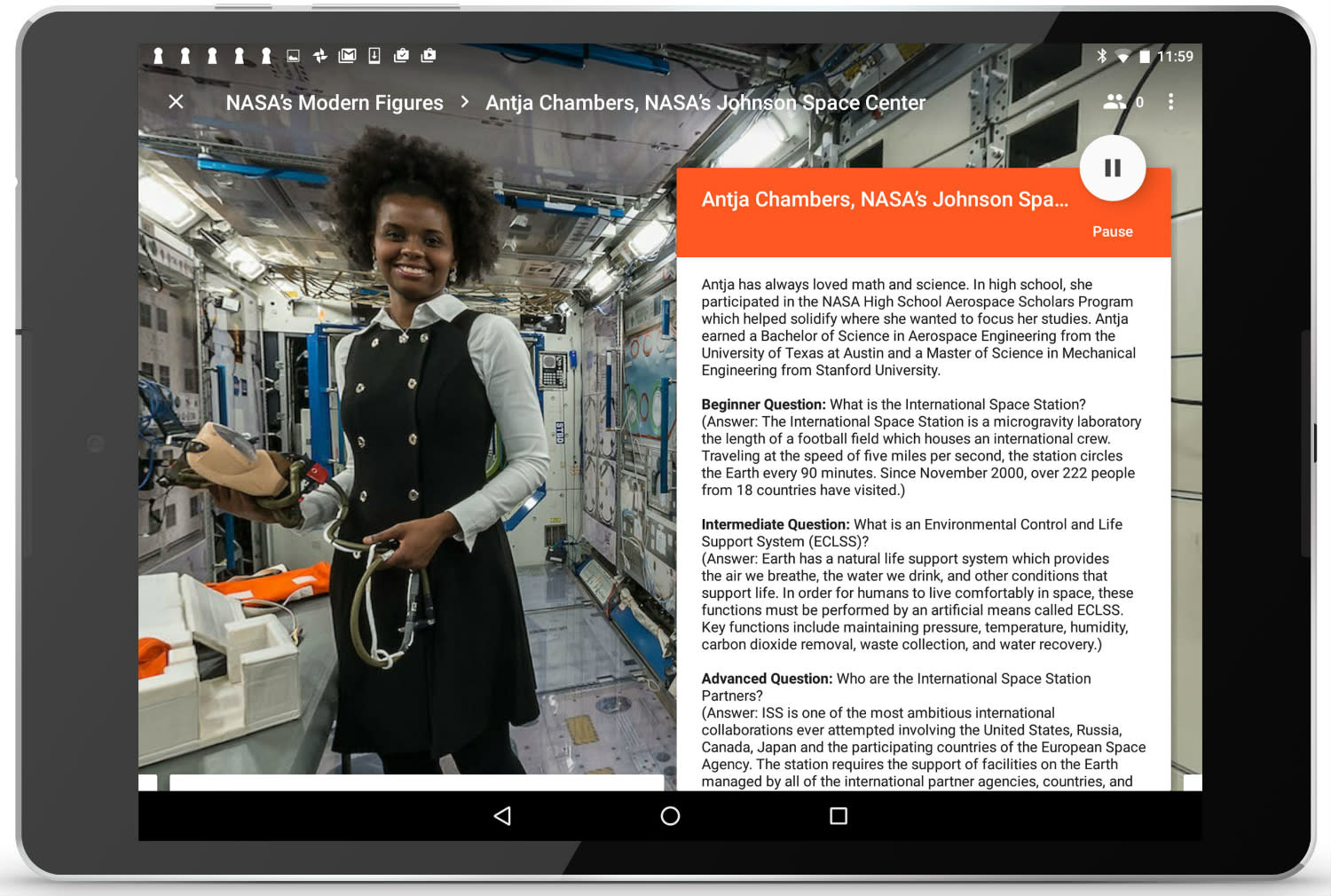 NASA and Google Expeditions are celebrating International Women's Day with a series of virtual field trips highlighting the careers of seven women and their contributions to America's space program. The tours are part of the Modern Figures program, which continues the conversation started by the film Hidden Figures, and allow viewers to step into a 100,000 square-foot aircraft hangar, a simulated Martian landscape, a space flight operations facility and other locations where NASA's women engineers, scientists and directors work towards the next milestone in space exploration.

The commemorative partnership also marks the first time Google Expeditions has visited the space agency for a VR-based career day. Because the expeditions are designed for classrooms, users will need the Google Expeditions app loaded on their iOS or Android device and a Google Cardboard kit (or compatible viewer) to follow along. (You can also explore on your own in "Lead" mode.) In addition to the Women's Day field trips, NASA also contributed three other Google Expeditions: a 3D tour of the International Space Station, a ride-along on the Juno mission to Jupiter and views from the surface of Mars.

In this article: google, googleexpeditions, internet, nasa, science, space, STEM, women
All products recommended by Engadget are selected by our editorial team, independent of our parent company. Some of our stories include affiliate links. If you buy something through one of these links, we may earn an affiliate commission.