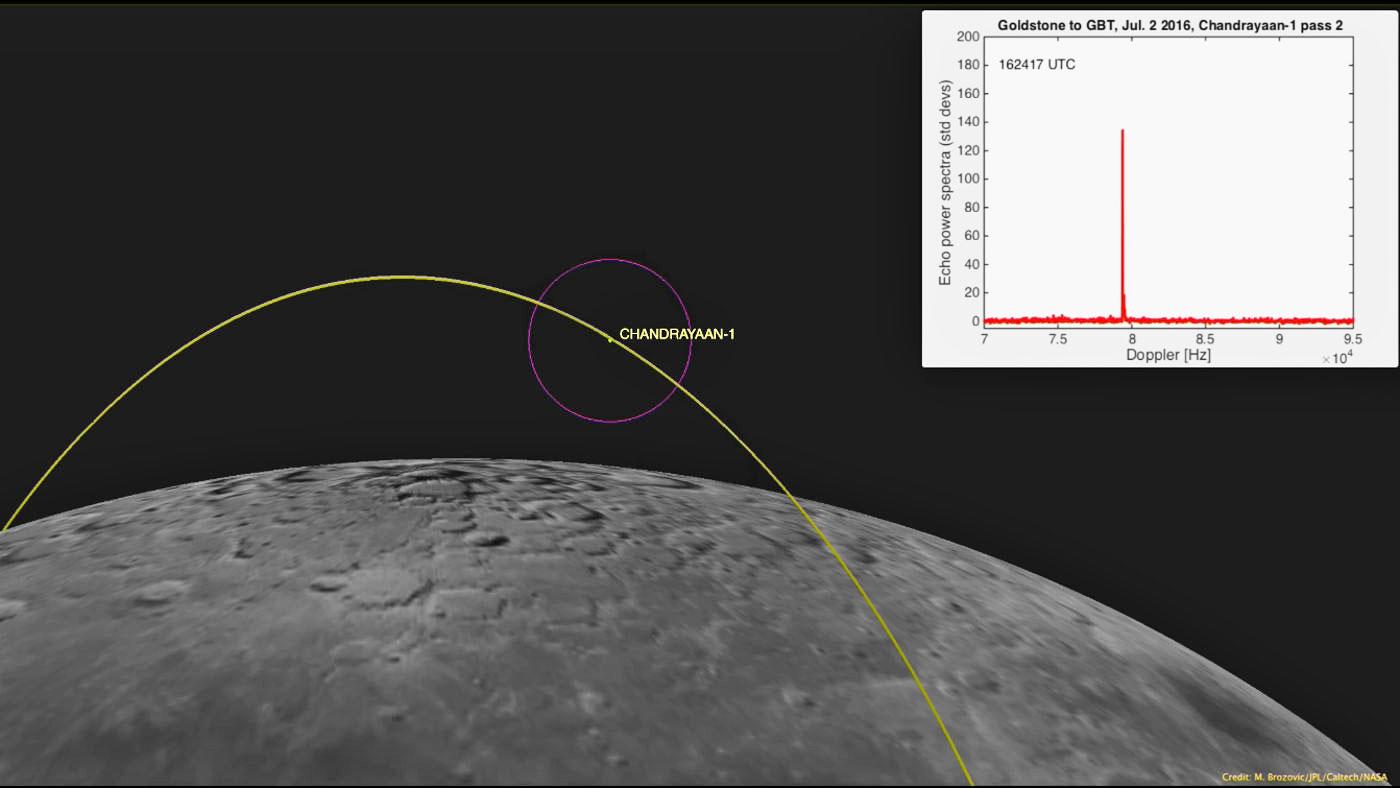 India lost contact with its first lunar orbiter, the Chandrayaan-1, back in 2009. Now, NASA has revealed that the agency discovered its location in July 2016 after testing a method that can be used by future lunar missions. Chandrayaan-1 is a relatively tiny cubic probe that measures five feet on all sides, making it the perfect target for the radar experiment conducted by a team of Jet Propulsion Laboratory scientists. The team wanted to find out whether a technique used to observe small asteroids can also spot spacecraft orbiting the moon.

This method relies ground-based radar, because optical telescopes can't see anything against the bright lunar glare. Since Chandrayaan-1 was in polar orbit around the celestial body before it got lost, the team sent a powerful beam of microwaves somewhere above the natural satellite's north pole. They used a 230-foot antenna at NASA's Goldstone Deep Space Communications Complex in California to accomplish the task. But they relied on the 330-foot Green Bank Telescope in West Virginia to detect the radar echoes that bounced back.

The researchers were afraid they wouldn't find anything, since the moon has areas with higher-than-usual gravitational pull that could have caused the spacecraft to crash into it. However, the scientists were able to detect two different objects using the technique: one matched the Lunar Reconnaissance Orbiter's well-known path. The other was a tiny object, which crossed the beam twice -- the second sighting matched the time it would have taken the Chandrayaan-1 to complete one orbit.

Now that the scientists have proven that ground-based radars can be used to track probes in lunar orbit, NASA could use them for both robotic and human missions. The technique could also be used as a safety mechanism for spacecraft suffering from communication issues in the future.

In this article: Chandrayaan-1, indian, moon, NASA, probe, radar, science, space, TL17LIS
All products recommended by Engadget are selected by our editorial team, independent of our parent company. Some of our stories include affiliate links. If you buy something through one of these links, we may earn an affiliate commission.