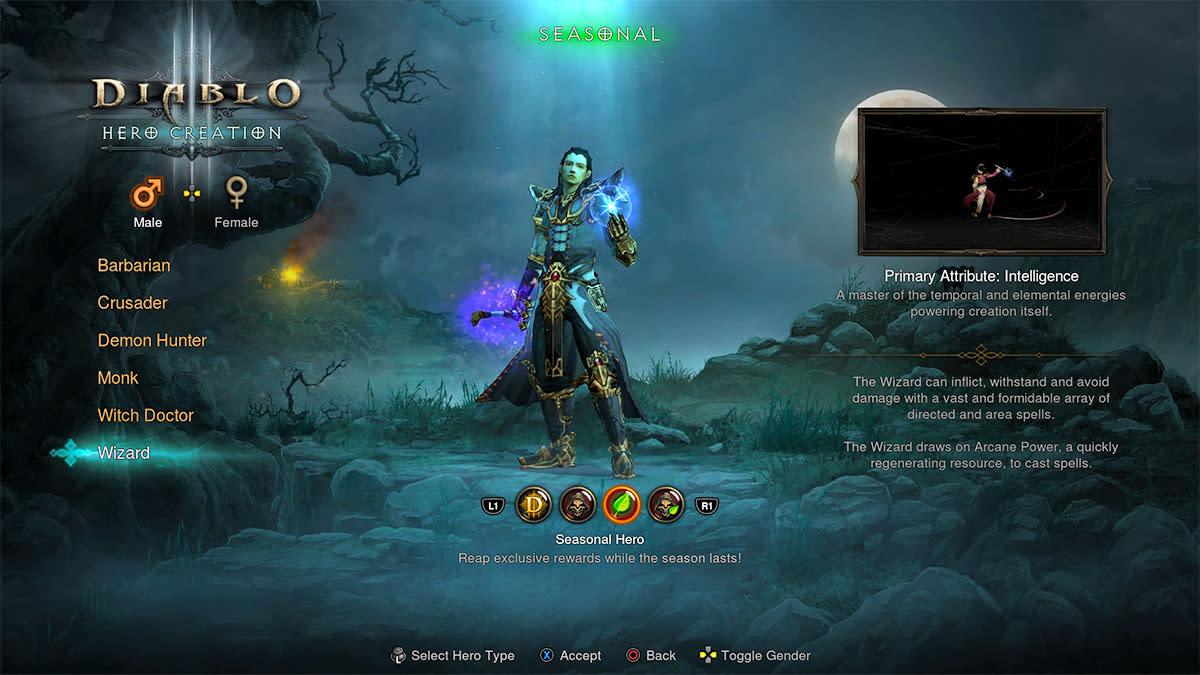 It might be time to rekindle your love for the loot-fest of Diablo III. A big new patch with a ton of tweaks for the hack and slash dungeon crawler will land on March 31st. The update finally brings the popular Seasons mode to Xbox One and PlayStation 4. Seasons has been available to PC players since 2014 and now console players will finally get to join in the fun. We've asked Blizzard why it took so long to bring Seasons to consoles and will update if we receive a response.

For the uninitiated, Seasons lets you experience Diablo III just like a new player would with a level one character. You'll level up and upgrade your gear faster than with a higher level character, which can be fun for veteran players who have to grind a lot more to see gains. It can also be a great way to take a friend through the game for the first time, since you'll both get to play with a clean slate at the same difficulty level. You can either create a new character or "rebirth" a current one, reverting it to level one and classifying it as Seasonal.

Seasons also includes leaderboards and mission-like tasks in the Season Journey, as well as more difficult Conquest challenges — both only available to new characters created for this game mode. Characters revert to regular status when the Season ends, but you'll get to keep all the loot you gather, some of which will apply to all your Diablo III characters.

In addition, update 2.5.0 brings several rewards, cosmetic upgrades and user interface tweaks, creating a similar experience across all platforms. Though, players are still sequestered to their own platform-specific servers.

The patch itself is available now, so pick up your controller and get ready to smash your way through waves of demons when Seasons goes live on March 31.

In this article: blizzard, diablo3, diabloiii, games, gaming, PC, personal computing, personalcomputing, Playstation4, seasons, video, videogames, xboxone
All products recommended by Engadget are selected by our editorial team, independent of our parent company. Some of our stories include affiliate links. If you buy something through one of these links, we may earn an affiliate commission.