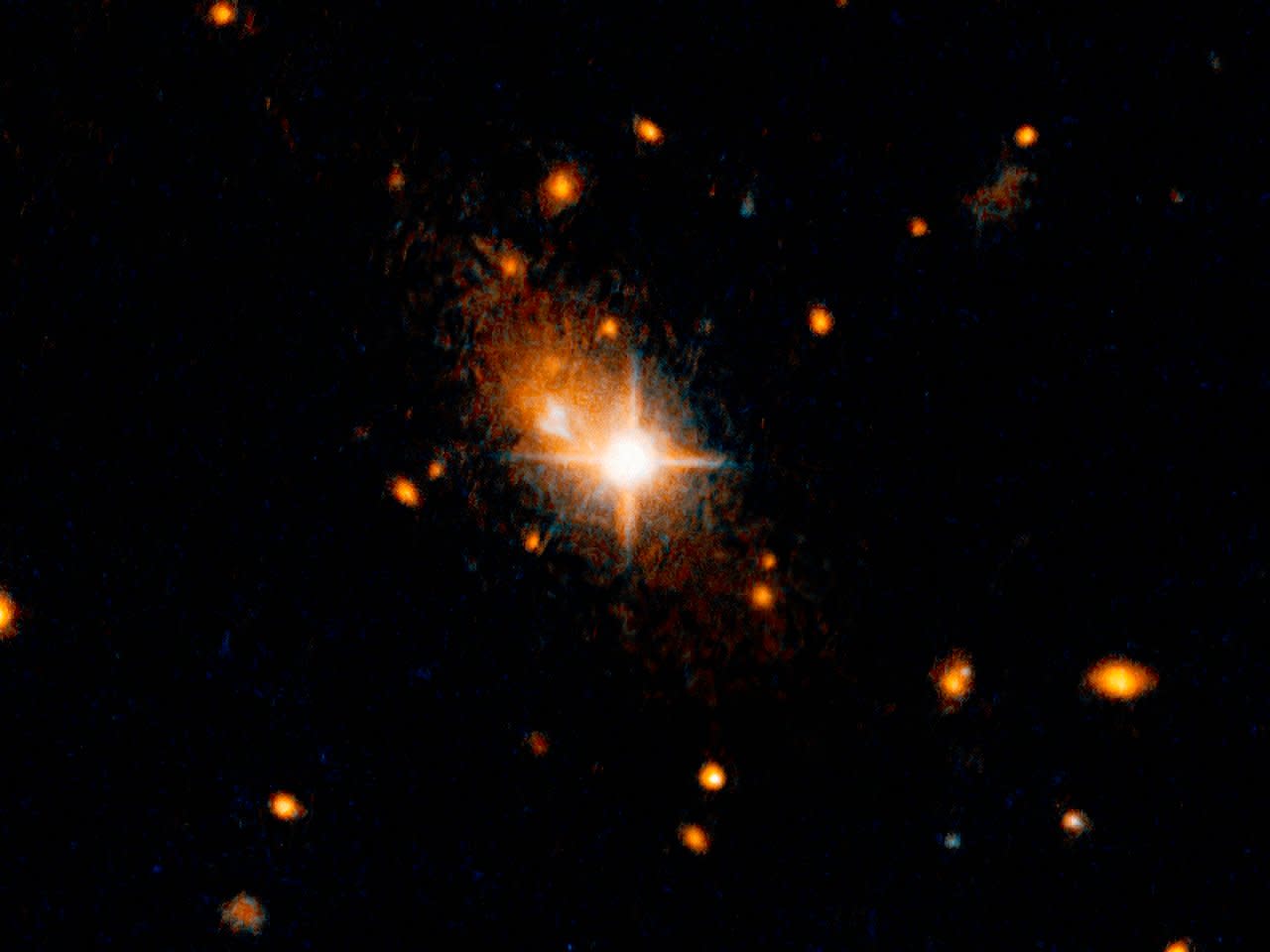 Astronomers using NASA's Hubble Space Telescope have observed a supermassive black hole with a mass one million times that of our Sun hurtling away from its parent galaxy. It's the first confirmed case out of several suspected "runaway black holes," which required an immense amount of energy to get launched from the center of its galaxy. How much?

"We estimate that it took the equivalent energy of 100 million supernovae exploding simultaneously to jettison the black hole," said Stefano Bianchi of Roma Tre University, co-author of the study announcing the phenomenon. According to their theoretical model, gravitational waves generated by two other black holes merging 1-2 billion years ago might have sent the supermassive one hurtling spaceward.

The researchers had noticed that the black hole's energetic signature, known as a quasar, was located far from its expected place at the center of its home galaxy, named 3C186. It had already moved 35,000 light-years away, the team calculated, which is farther than our Sun's distance from the center of the Milky Way. The supermassive black hole continues to move at 7.5 million kilometers per hour, a speed that would get you from the Earth to the Moon in three minutes.

In this article: astronomy, BlackHole, gravitationalwaves, hubble, HubbleSpaceTelescope, science, space, supermassiveblackhole
All products recommended by Engadget are selected by our editorial team, independent of our parent company. Some of our stories include affiliate links. If you buy something through one of these links, we may earn an affiliate commission.