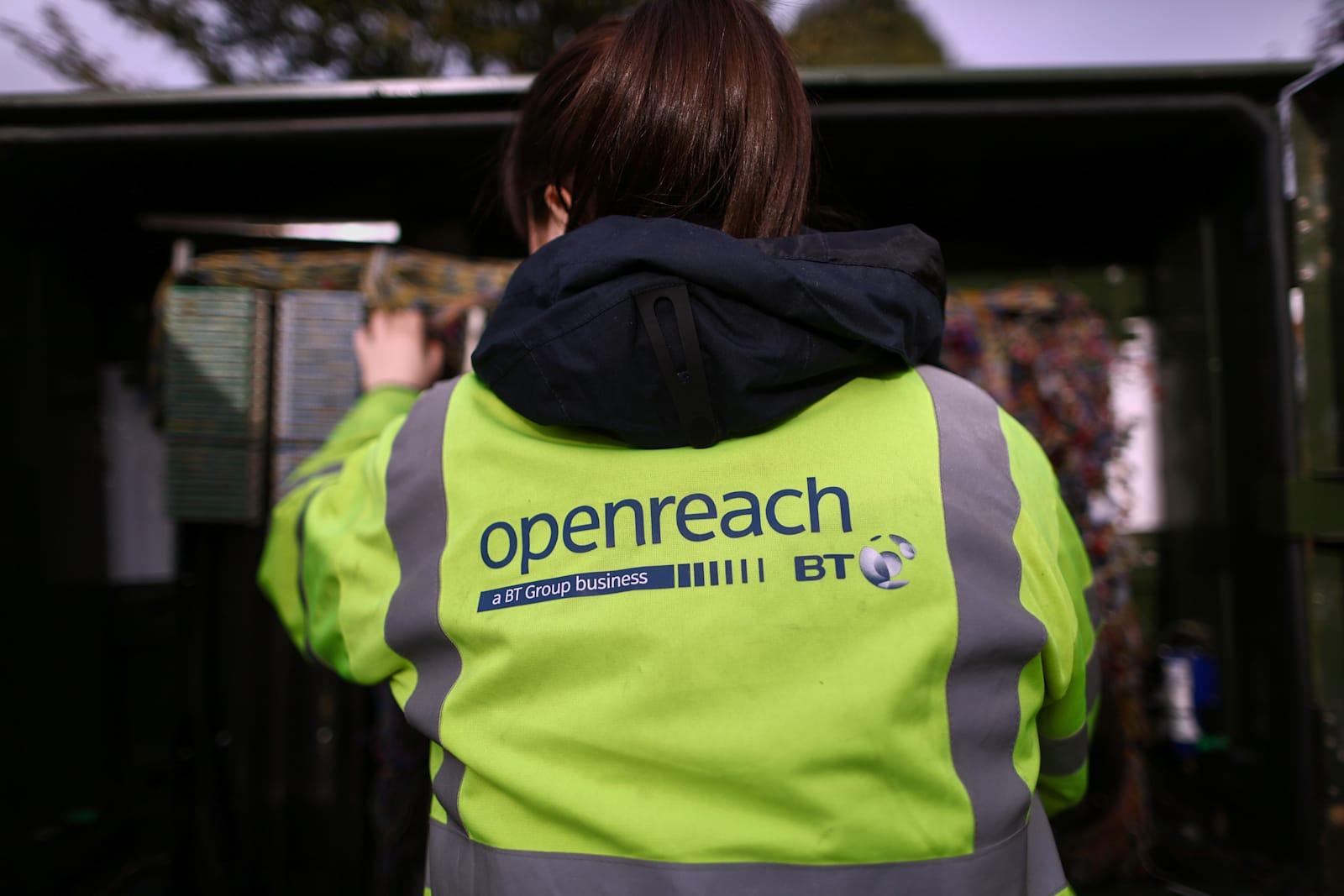 Ofcom's crackdown of BT and Openreach continues. The UK regulator has dealt the pair a £42 million fine for late broadband installations fitted on behalf of rival internet service providers, such as Sky and Virgin Media. Openreach handles the bulk of Britain's broadband infrastructure -- so to keep the market fair, it's legally obliged to set up new lines within 30 working days. Inevitably, Openreach encounters problems and occasionally can't meet that deadline. In exceptional circumstances, it can assume a contract extension by the ISP and reduce the compensation it would normally have to pay. However, Ofcom found that BT did this "retrospectively over a sustained period" to avoid fines. Tut-tut.

As the BBC reports, £42 million is a record fee for Ofcom. It would have been higher, however BT was given a 30 percent reduction because it admitted full liability, and agreed to set up a scheme to compensate the companies affected. "The size of our fine reflects how important these rules are to protect competition and, ultimately, consumers and businesses," Gaucho Rasmussen, investigations director for Ofcom said. BT has also been fined £300,000 for its failure to provide information to Ofcom, both in this case and the Business Connectivity Market Review.

BT has apologised "wholeheartedly" for its mistakes, which Ofcom says occurred between January 2013 and December 2014. "This shouldn't have happened and we fully accept Ofcom's findings," Clive Selley, CEO of Openreach said. "This issue is unrepresentative of the vast majority of work conducted by Openreach and we are committed to delivering outstanding service for our customers."

The fine is one of many measures taken by Ofcom to clean up the UK's internet, mobile and TV sectors in recent months. After a long and divisive review, it forced BT to spin off Openreach as its own, "legally separate" company. Last month, the regulator proposed plans that would cut BT landline rental for two million customers by £5 per month. The moves will, inevitably, be welcomed by BT's rivals in the UK. For the company in question, however, it's a pretty rough start to 2017. "We will make sure the same mistakes aren't repeated in the future," Selley added today.

In this article: broadband, bt, business, compensation, gear, infrastructure, internet, isp, ofcom, openreach
All products recommended by Engadget are selected by our editorial team, independent of our parent company. Some of our stories include affiliate links. If you buy something through one of these links, we may earn an affiliate commission.