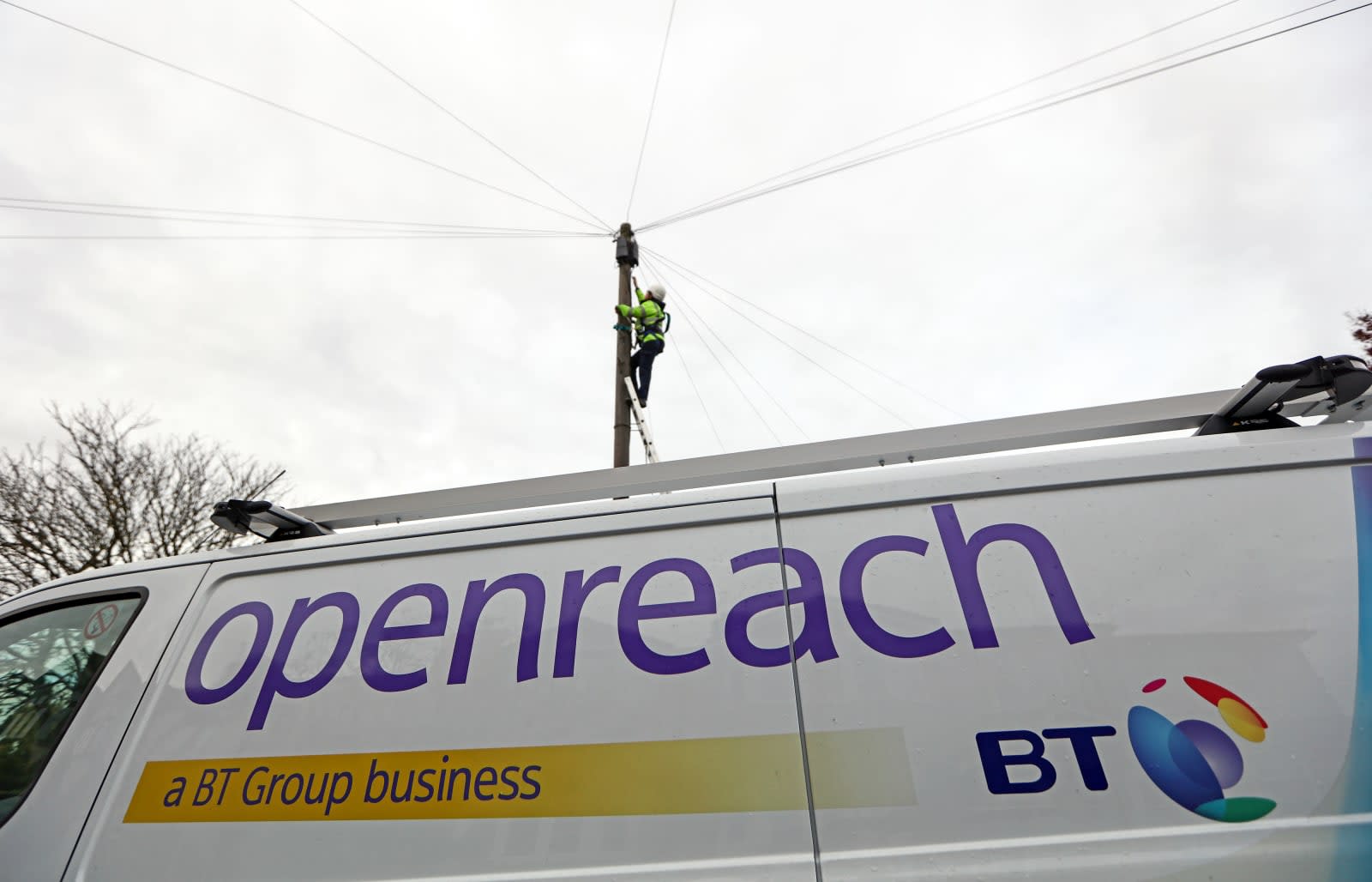 It's been a long time coming, but BT has finally agreed to spin off Openreach, the part of its business that handles most of the UK's broadband infrastructure. Ofcom, the UK's media regulator, proposed such a split last July, in a move it believes will improve competition and investment. At the time, BT offered a handful of counterproposals -- its preference, of course, was to keep Openreach under its control -- but now the company has relented and accepted Ofcom's demands. (We suspect the threat of a tussle with the European Commission forced its hand.)

The new, "legally separate company" will still be a part of the BT Group, but will have its own "staff, management, purpose and strategy." A new Openreach board has already been established; it will run the new company once the transition is completed later this year. Most importantly, the majority of the board's directors aren't from BT -- diluting the company's influence, and any potential criticisms that it's still playing favorites. The board will also choose the next Openreach CEO, who will hire other executives and shape the company's culture. BT will have the power to veto CEO appointments, but only after notifying Ofcom.

As part of the agreement, Openreach will need to formally consult with Sky, TalkTalk and Vodafone on future "large-scale" investments. The BT logo will also be removed from all Openreach branding, so the public is aware of the change.

As you might expect, BT is now playing the decision off as a victory. "I believe this agreement will serve the long-term interests of millions of households, businesses and service providers that rely on our infrastructure," Gavin Patterson, BT's chief executive said. "It will also end a period of uncertainty for our people and support further investment in the UK's digital infrastructure."

There was, however, just a hint of BT's displeasure. "This has been a long and challenging review where we have been balancing a number of competing interests," he added. "We have listened to criticism of our business and as a result we are willing to make fundamental changes to the way Openreach will work in the future."

BT's rivals are, unsurprisingly, delighted with the split. TalkTalk chief executive Dido Harding said: "The new company will be better placed to deliver the improved investment and service that consumers and businesses deserve. This deal will require robust Ofcom monitoring and enforcement to ensure it delivers the improvements the regulator expects. We hope this is the start of a new deal for Britain's broadband customers, who will be keen to see a clear timetable from Openreach setting out when their services will improve."

A spokesperson for Sky added: "This is a welcome step that we have long called for on behalf of our customers. A more independent Openreach is a step towards delivering better service to customers and the investment that the UK needs. It's important that today's agreement is now implemented by BT in good faith and without delay."

In this article: broadband, bt, business, culture, internet, ofcom, openreach
All products recommended by Engadget are selected by our editorial team, independent of our parent company. Some of our stories include affiliate links. If you buy something through one of these links, we may earn an affiliate commission.