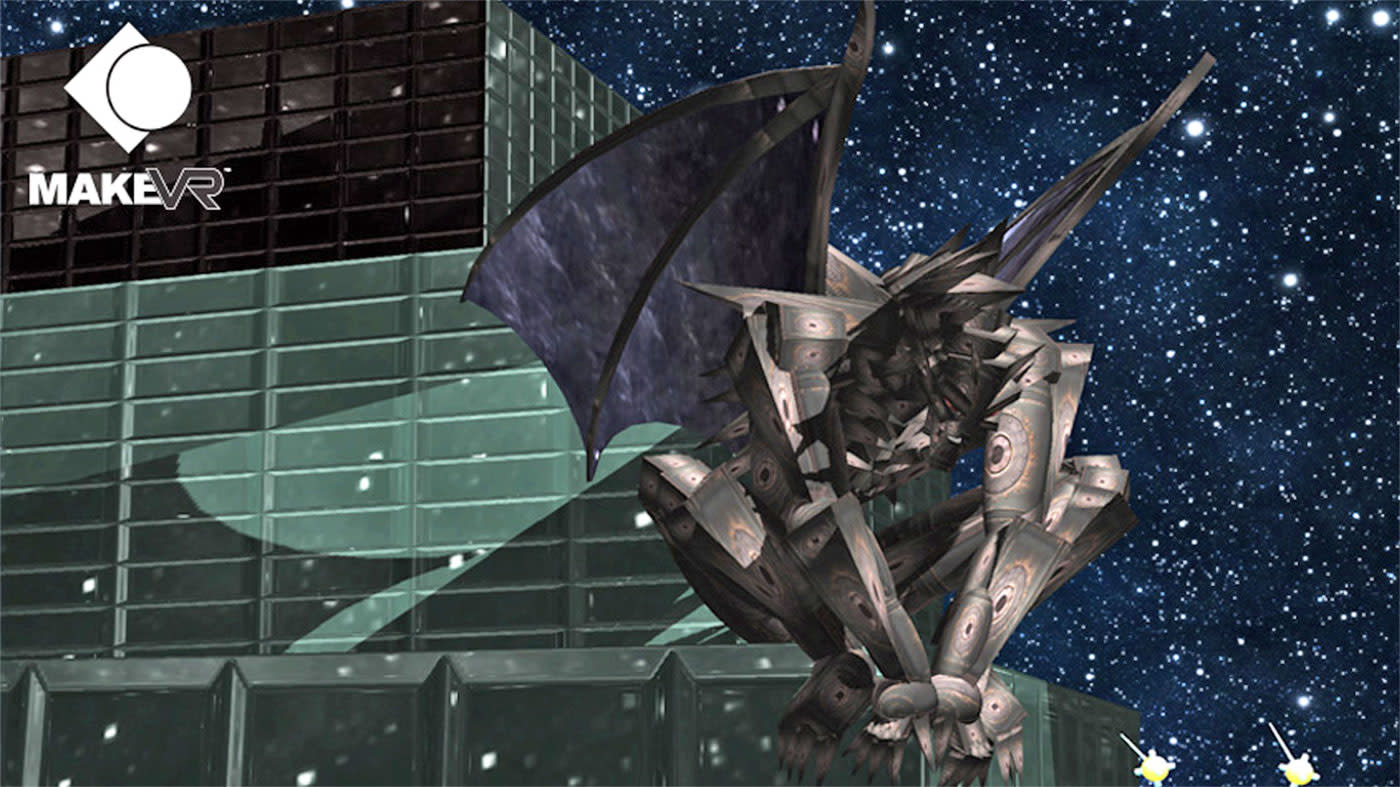 Consumers are giving the Oculus Rift and HTC Vive a tepid reception, but organizations like NASA and BMW think the VR headsets are great for things like training and design. HTC is today launching MakeVR, a program built in collaboration with Sixense that lets you do modeling and sculpting in VR, then export the results to a CAD program or 3D printer. As we saw last month, it uses the Vive's controllers (and maybe the new trackers, more on that in a sec) to let you do freeform modeling and design.

The app interface resembles a studio where you can do hands-on work with the controllers. "Room-scale VR gives creators a virtual workshop, and the use of natural physical motions brings unprecedented expressiveness and intuitiveness to object design," said Vive Studios Head Joel Breton.

A brief HTC Vive Studios video shows an artist creating a cartoon turtle's eyes, exporting the files and 3D printing a physical version. The company says the app is designed for "all ages and skill levels with a low learning curve and intuitive two-handed 3D multi-touch interface." It can supposedly help you "easily and naturally" create 3D objects on a one-to-one scale with simple physical movements and gestures. However, another video I saw the process look a little janky.

HTC further says that using the apps can give you an experience that's "more powerful and expressive" than a mouse and touchscreen, but again, it seems more like a toy than a powerful app like ZBrush. You can then send your files to modeling apps or 3D print them directly. The app is now available for $20 at Viveport, and HTC has promised a more powerful version called MakeVR Pro later this year.

HTC made a few other key announcements today. As alluded to earlier, the company has finally released its wireless Vive Trackers to the developer community for $100 each. The devices can be attached to your hands, body and objects like guns to let you incorporate props into VR play.

Finally, Vive announced that it's teaming with Warner Bros. to create VR content for Ready Player One, a sci-fi action film by Steven Spielberg "that unfolds largely within the virtual reality space." It'll release the content on Viveport "across all VR in-home platforms from high-end PC-based VR systems to mobile solutions," presumably meaning the Vive and Rift, along with Samsung's Gear VR and Google VR-based Daydream headsets. The film is set to arrive in spring of 2018.

In this article: 3DPrinting, gear, Headset, htc, MakeVR, robots, Vive, wearables
All products recommended by Engadget are selected by our editorial team, independent of our parent company. Some of our stories include affiliate links. If you buy something through one of these links, we may earn an affiliate commission.