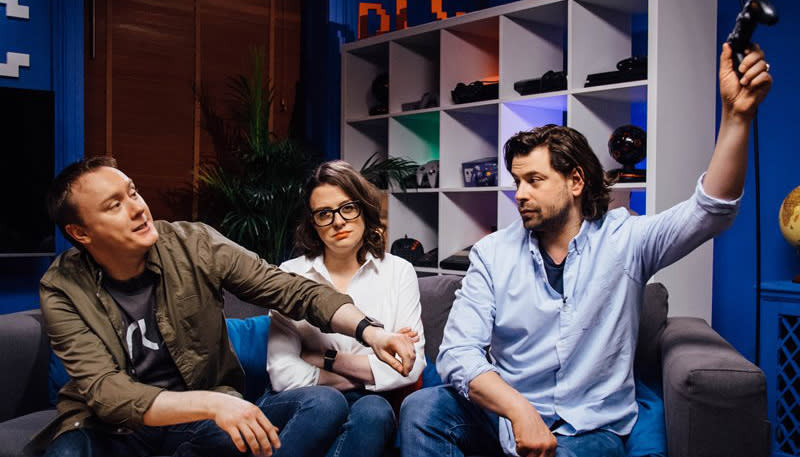 The glory days of GamesMaster might be long gone, but finally it seems there's renewed interest in video game-focused programming. Broadcaster UKTV has announced the second series of Go 8 Bit will begin airing on Dave on May 15th, and what's more, it'll be joined by a new spin-off show that takes a slightly more serious approach to games coverage. Go 8 Bit, hosted by Dara Ó Briain and games journo Ellie Gibson, pits button-bashing comedians and other celebs against each other in various video game challenges. The appropriately titled Go 8 Bit DLC, on the other hand, will complement that with "lively debates and reviews."

The half-hour show will air immediately after Go 8 Bit on Dave and will be presented by Ellie Gibson, who'll be flanked by the familiar faces of Steve McNeil and Sam Pamphilon. Celebrities will also join the discussions and Dara Ó Briain will make cameos to talk about his all-time favourite titles. "After the great success of Go 8 Bit, it's a logical move for us to further engage with the gaming audience," UKTV's senior commissioning editor Iain Coyle said of the spin-off.

In this article: av, dave, entertainment, games, gaming, go8bit, go8bitdlc, uktv
All products recommended by Engadget are selected by our editorial team, independent of our parent company. Some of our stories include affiliate links. If you buy something through one of these links, we may earn an affiliate commission.