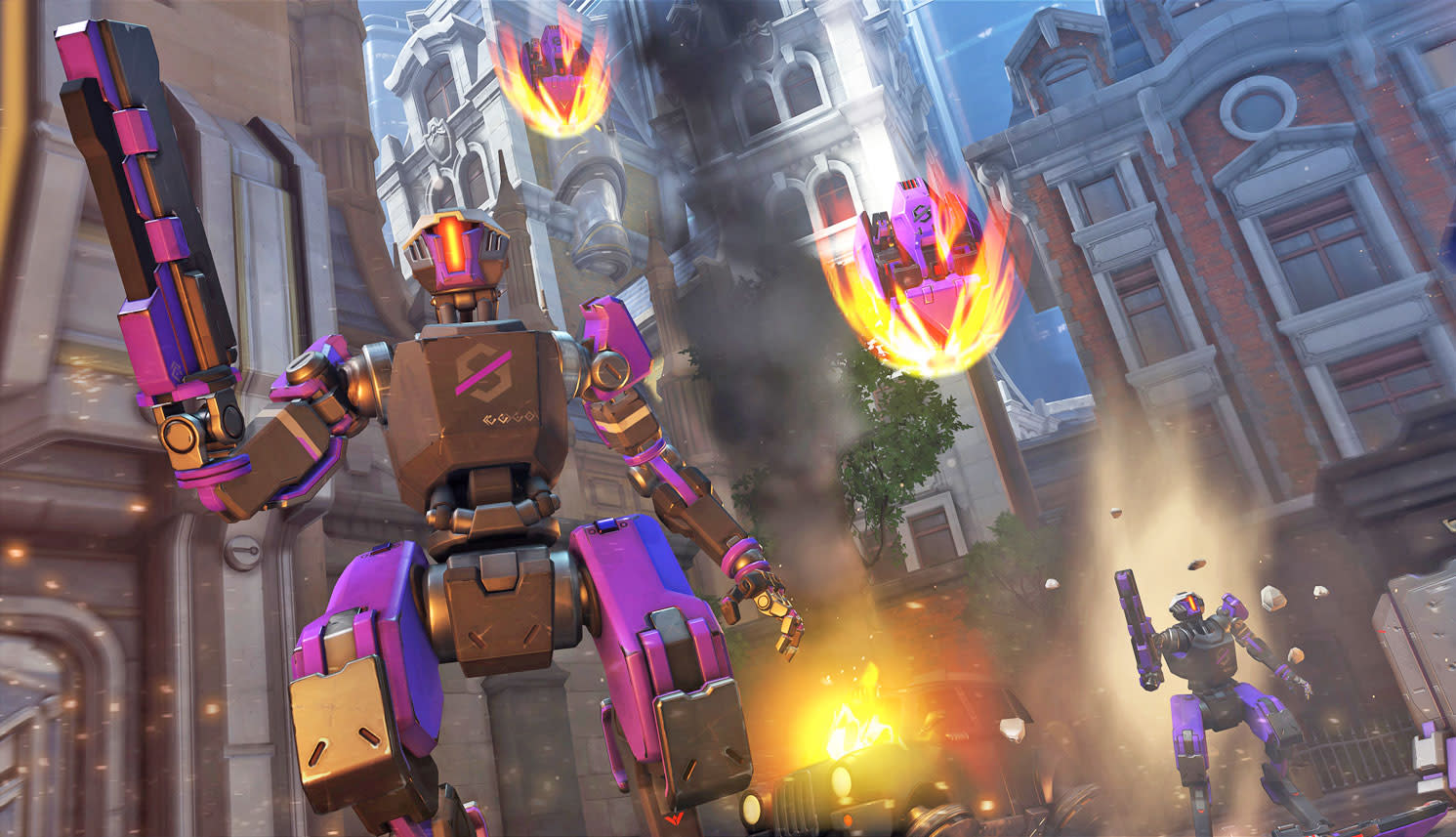 Yesterday, without preamble or rumor, the French trailer for Overwatch's next event leaked. Fans scrambling over the details discovered it would tell the story of mascot character Tracer's first mission in the form of a player-vs-AI horde mode of invading robots. A tenuous silence emanated from studio Blizzard. Was this for real? Yes, the Uprising event is happening -- and it's officially live on PC and console.

Uprising is the first event to touch on Overwatch's extensive lore, which mostly resides in the game's Pixar-quality standalone cinematics, online comics and backstory entries. It explores Lena "Tracer" Oxton's first foray on the superhero-stacked peacekeeping team, Overwatch, as they stoically resist the hordes of invading robot omnics. Appropriately, players get a new PvE game type while the event is active. Given how the Capture The Flag mode introduced during February's Lunar New Year celebration became a permanent fixture, it's entirely possible that the horde mode stays on after Uprising ends.

But it wouldn't be Overwatch without a ton of Loot Box fodder. 100 new items are getting thrown in the mix -- and, like every event, they won't be available once it ends. While missing out on the minor errata won't be a big loss, there are a few incredible character skins looped in, like Genji's Metal Gear Solid-style suit or McCree's dark ops Blackwatch outfit. Plus all the light-side Overwatch-team getups for your favorite good guy heroes. In short, it's a collector's nightmare. Get grinding. Even if you could care less about player-vs-AI modes, the event is proof the team wants to take the game into new territory. While Halloween's Junkenstein zombot brawl was a delightful twist on what had been a PvP-only game, Uprising shows that the team wants to bring the game world's whispered history out of level backgrounds and into dedicated play. Good luck knocking down those bots, Overwatch fiends.

In this article: av, blizzard, dlc, gaming, hordemode, overwatch
All products recommended by Engadget are selected by our editorial team, independent of our parent company. Some of our stories include affiliate links. If you buy something through one of these links, we may earn an affiliate commission.