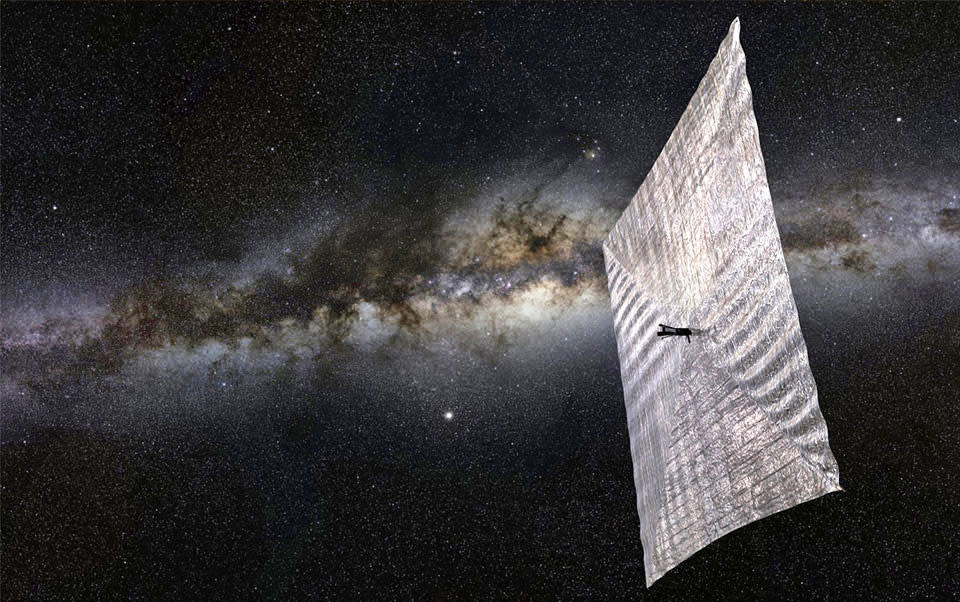 If you look at what's trending on Kickstarter, you'll see a bunch of gadgets, games and quirky knickknacks. While they all look fun and promising, it seems Kickstarter wants to see grander campaigns much more creative and forward-thinking than usual. The crowdfunding website has published its first request for projects that focus on innovative designs and revolutionary technologies. Its design and tech team is looking for three types in particular, starting with ones that push the envelope.

Perhaps the best examples for that category are LightSail, the Bill Nye-helmed campaign that brought Carl Sagan's "solar sailer" to life, and the Oculus VR headset. Oculus raised $2.4 million on the platform, which is impressive, but what the campaign really did for the team is bring it to Facebook's attention -- the social network ended up buying Oculus for a cool $2 billion. There's also OpenROV, the underwater drone that raised over $800,000 on the platform.

In addition to technologies that push the limits, the team is also looking for campaigns featuring tools that can help bring other people's projects to life. A couple of good examples are Particle's electron board that people can use to make IoT devices and Artiphon's Instrument 1, which can function as several types of musical instruments. Finally, they're also looking for campaigns that feature avant-garde designs, such as Lumos the next-gen bicycle helmet and a shapeshifting modern lamp called Lumio.

Kickstarter says it decided to publish its request, because it was inspired by Y Combinator's call for startups. It's also part of staying true to its promise to support arts and creativity as a public benefit corporation, which was also the reason why the company hosted a special STEM event for kids last year. So, what can you expect if your project fits any of the three categories Kickstarter is looking for? The company says it will work with you one-on-one to help make your campaign shine and "spotlight it for [its] community of 13 million backers."

In this article: campaign, crowdfunding, culture, internet, kickstarter, science, tech
All products recommended by Engadget are selected by our editorial team, independent of our parent company. Some of our stories include affiliate links. If you buy something through one of these links, we may earn an affiliate commission.