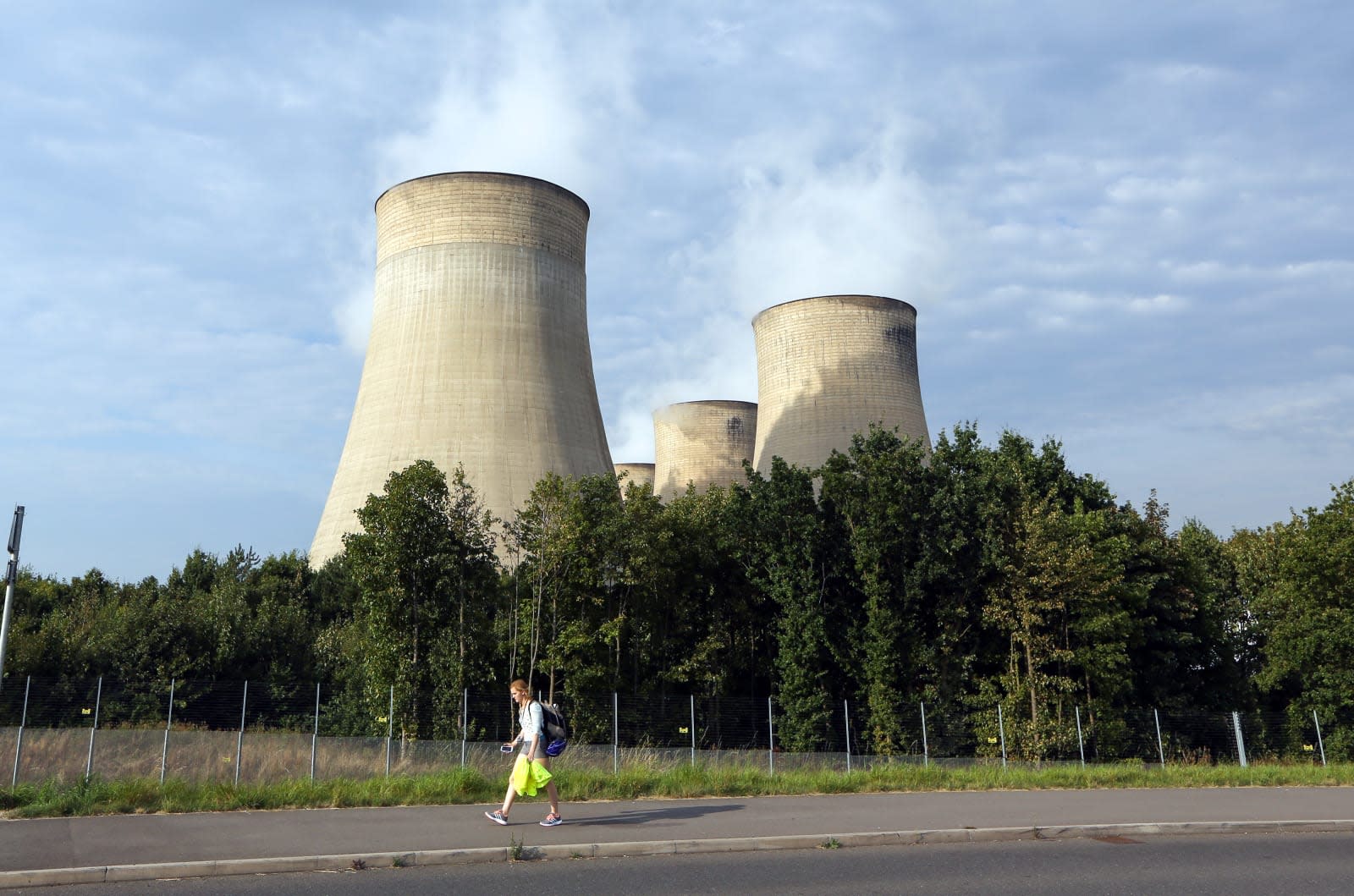 Coal power has been a fixture of British culture ever since the country's first plant went live in 1882. It shaped the Industrial Revolution (and the air pollution that followed), was involved in major labor disputes and even led to a famous album cover. However, the country is now backing away from coal -- and it just achieved an important milestone in weaning itself off of this dirty energy source. The National Grid has confirmed that, on April 21st, Britain went without coal-generated power for its first full day in 135 years. There had been relatively long stretches in recent times (19 hours in May 2016, for instance), but none as long as this.

As you might guess, the achievement comes down to an increasingly diverse range of energy options. Observers at Gridwatch estimate that about half of British energy on the 21st came from natural gas, while the rest was divided between nuclear, renewable and imported energy sources. It wouldn't be accurate to say that Britain went green for 24 hours, then, but there was enough eco-friendly energy that coal wasn't as necessary as it might have been in the past.

You can expect more of this in the future. The UK expects to shut down the last of its remaining coal power plants no later than 2025, and that means longer and longer stretches where coal is absent. Still, the celebration around this achievement sits in stark contrast to the US, where the current government is determined to prop up coal in spite of economic and environmental realities.

In this article: applenews, britain, coal, energy, environment, gear, greatbritain, green, power, TL17HOT, uk
All products recommended by Engadget are selected by our editorial team, independent of our parent company. Some of our stories include affiliate links. If you buy something through one of these links, we may earn an affiliate commission.