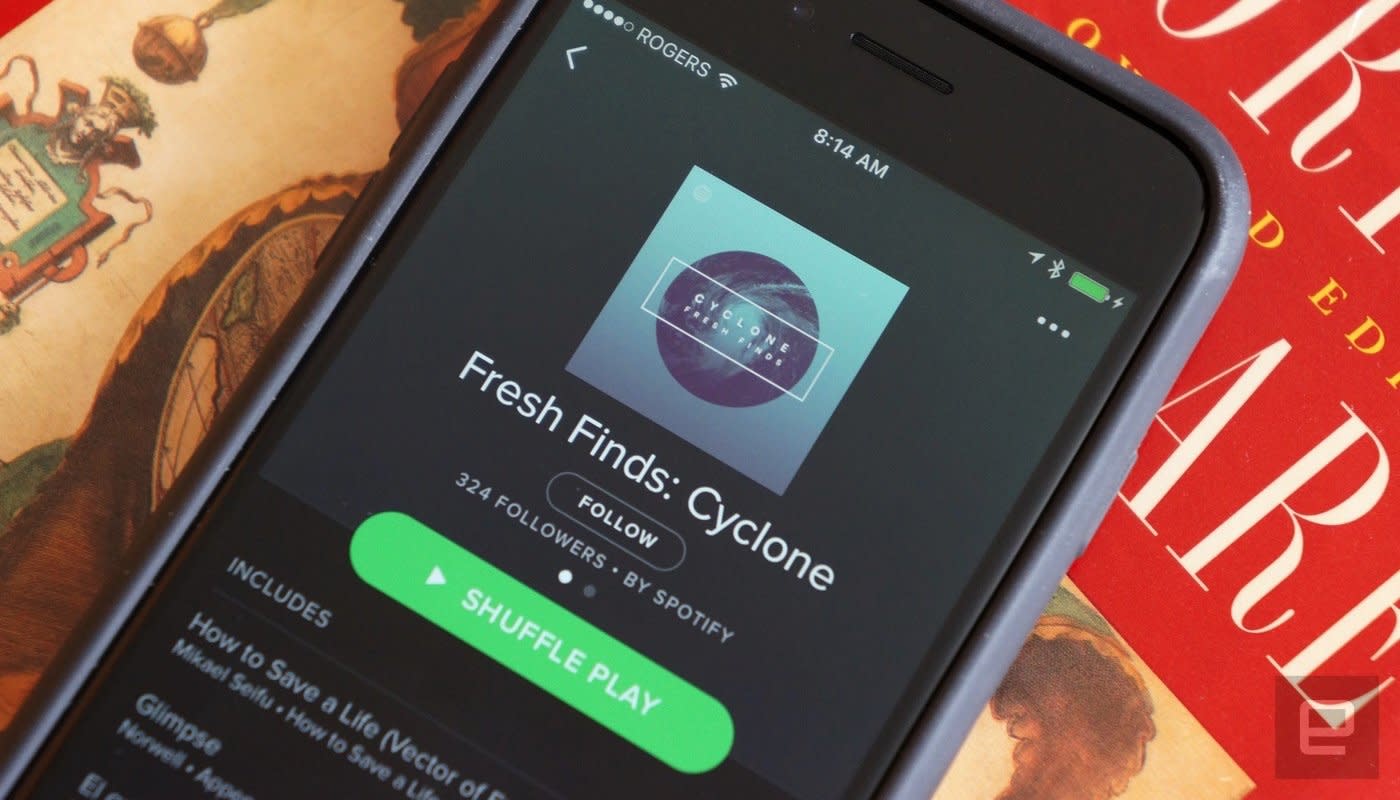 This is yet another initiative to make good on Spotify's promises to pay artists fairly. The company has tried various measures, including predicting future earnings for artists and limiting access to music in its free tier for publishers both big and small.

It's tough to know who exactly owns the rights to any given track, especially with smaller indie publishers. Mediachain helps solve this problem with a decentralized database that uses the same type of encryption as bitcoin, the blockchain. Typically, the information about who owns what percentage of a given track is scattered across "proprietary databases, spreadsheets, email inboxes and long-form contracts maintained by separate organizations," according to a Medium post by Mediachain founder Jesse Walden. A music-focused blockchain, then, gives rights holders the power to publish ownership data without having to trust a third-party.

Spotify has been acquisition-happy lately with technology companies that include MightyTV for a better recommendation engine, Soundwave for social features and The Echo Nest for its internet radio expertise. Spotify's purchase of Mediachain could serve it in good stead when trying to make sure artists and rights holders are paid fairly. Artists and publishing houses are more likely to trust a non-owned system like this instead of a single company.

In this article: av, bittorrent, blockchain, entertainment, gear, internet, mediachain, mobile, music, royalties, services, spotify, streaming
All products recommended by Engadget are selected by our editorial team, independent of our parent company. Some of our stories include affiliate links. If you buy something through one of these links, we may earn an affiliate commission.