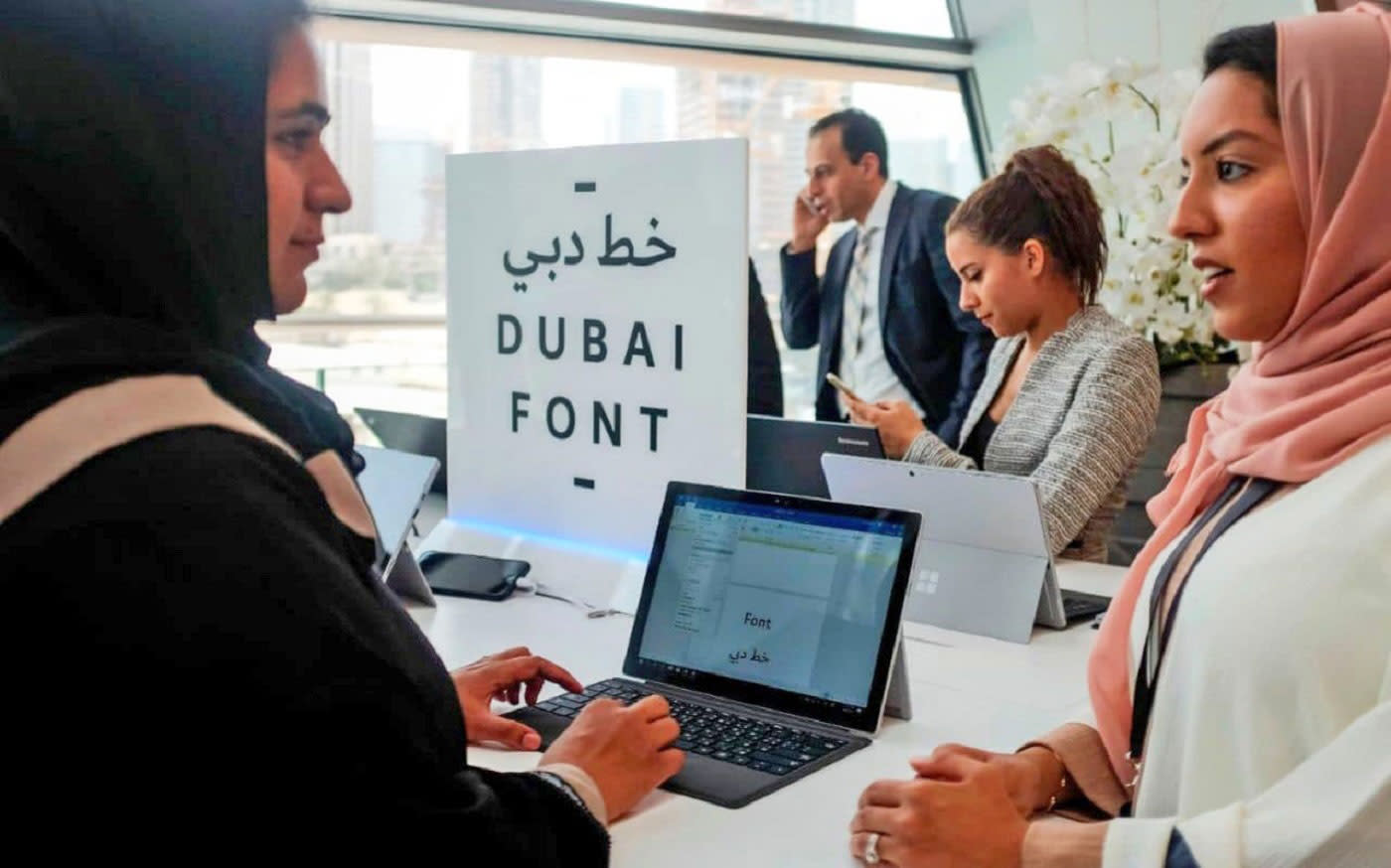 It's not as flashy as having the world's tallest building, but the city of Dubai can now claim a new achievement -- it's the first to create its own Microsoft font. The Dubai Font, which combines Latin and Arabic texts, can be accessed globally through Microsoft Office 365.

Dubai's crown prince, Sheikh Hamdan bin Mohammed bin Rashid Al Maktoum, oversaw the project and is now ordering government agencies to use the new font in their official correspondence. Prince Hamdan also shared a video on Twitter touting the Dubai Font as a tool for self-expression. "Expression knows no boundaries or limits. Expression is strength and freedom. It defines who you are," the video states. The prince concludes his tweet with the hashtag #ExpressYou.

I am pleased to present #DubaiFont to the world, a new digital way to #ExpressYou pic.twitter.com/lQcfnBnl7O

But, as The New York Times points out, there are boundaries and limits for expression in Dubai, and in the rest of the United Arab Emirates as a whole. The government restricts freedom of speech and freedom of the press. Even a YouTube sketch comedy video can land you in a maximum-security prison for nine months. "What's missing from Dubai's new motto is a little asterisk with fine print, 'Except that anyone who says something the emirs don't like goes to jail,'" Sarah Leah Whitson, the executive director of the Middle East and North Africa division of Human Rights Watch, tells The New York Times.

At least the Dubai Font has decent kerning, which is more than can be said for other internet fonts.

In this article: applenews, design, dubai, dubaifont, font, gear, microsoft
All products recommended by Engadget are selected by our editorial team, independent of our parent company. Some of our stories include affiliate links. If you buy something through one of these links, we may earn an affiliate commission.