Here’s everything Apple announced at its iPhone 12 event 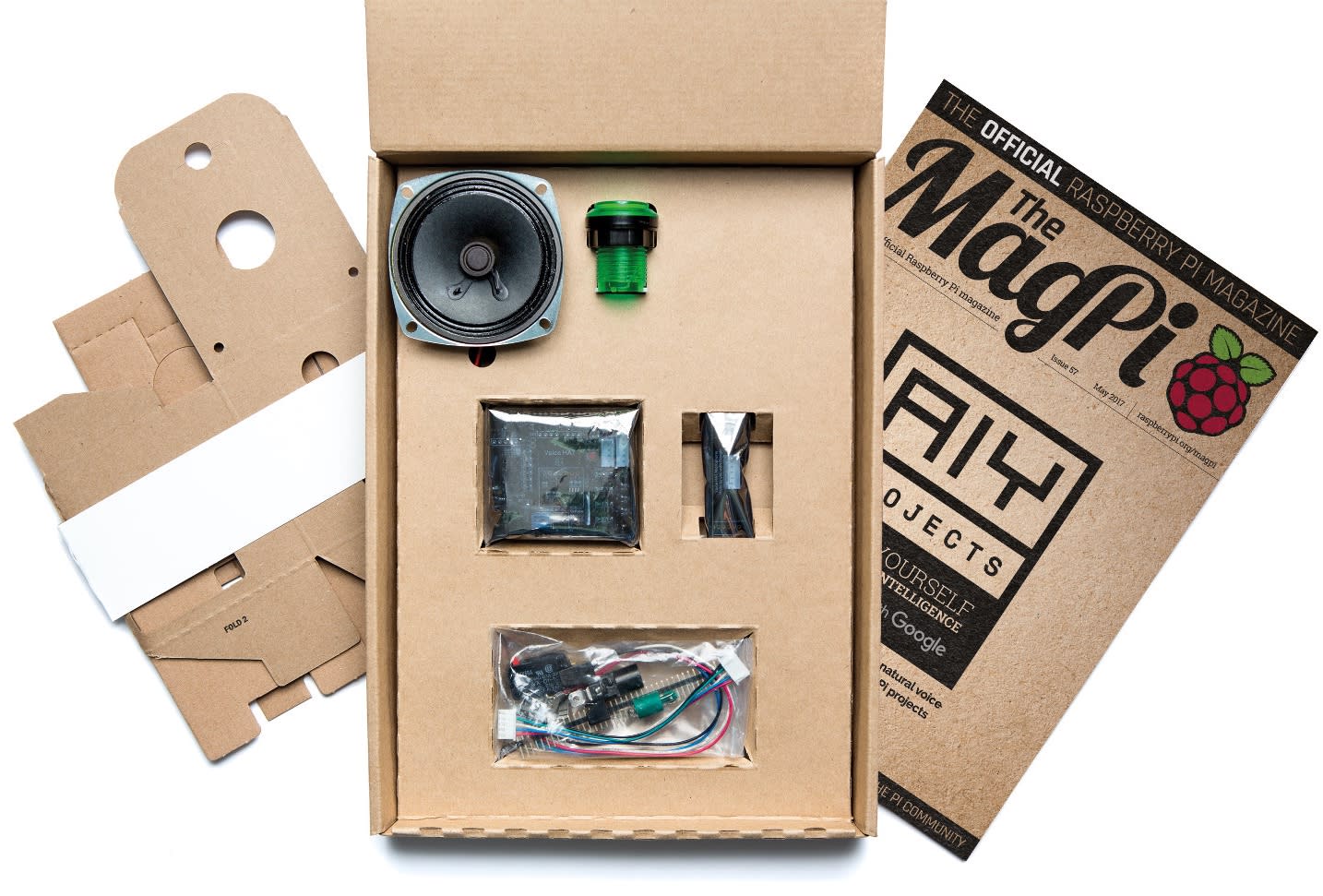 If you've ever wanted to have a conversation with your own tiny home-made computer, then your prayers have just been answered. Raspberry Pi has teamed up with Google, bringing voice integration to the Pi with a clever combination of hardware and software. Packed with the same tech that powers Google Home, the companies have released a kit that transforms a regular Raspberry Pi 3 into your very own virtual assistant. The pack contains a Voice HAT (Hardware Accessory on Top) board with a speaker and a microphone, giving Pi owners everything they need to add-in voice integration. (For the uninitiated, a HAT refers to any physical hardware that needs to be added on top of a Pi.)

Interestingly, this collaboration marks the first time that Google has produced something for hobbyists. The initiative is called "Artificial Intelligence Yourself'" (AIY), and Google's director on the project, Billy Rutledge, told Wired that he wants to create more hobbyist uses for Google software.

For those who want to build a new friend, the only way to get the board is to buy the latest issue of the company's official magazine The MagPi, where it comes as a freebie. As well as being used to lovingly make your own Alexa alternative, Raspberry Pi state that the tech can also be programmed with your own spoken commands, adding voice integration to other Pi projects.

With over 10 million Raspberry Pi's sold, it's easy to see why Google chose to partner with the company. The DIY computer manufacturer's latest release, Raspberry Pi Zero W, impressed us, offering built-in Wi-Fi, Bluetooth and a ton of programming possibilities for only $10. With products like that making coding and innovation more accessible than ever, it's clear that Google wants to infiltrate the hobbyist movement before it becomes even bigger.

In this article: AIY, applenews, gadgetry, gadgets, google, RaspberryPi, VirtualAssistant
All products recommended by Engadget are selected by our editorial team, independent of our parent company. Some of our stories include affiliate links. If you buy something through one of these links, we may earn an affiliate commission.