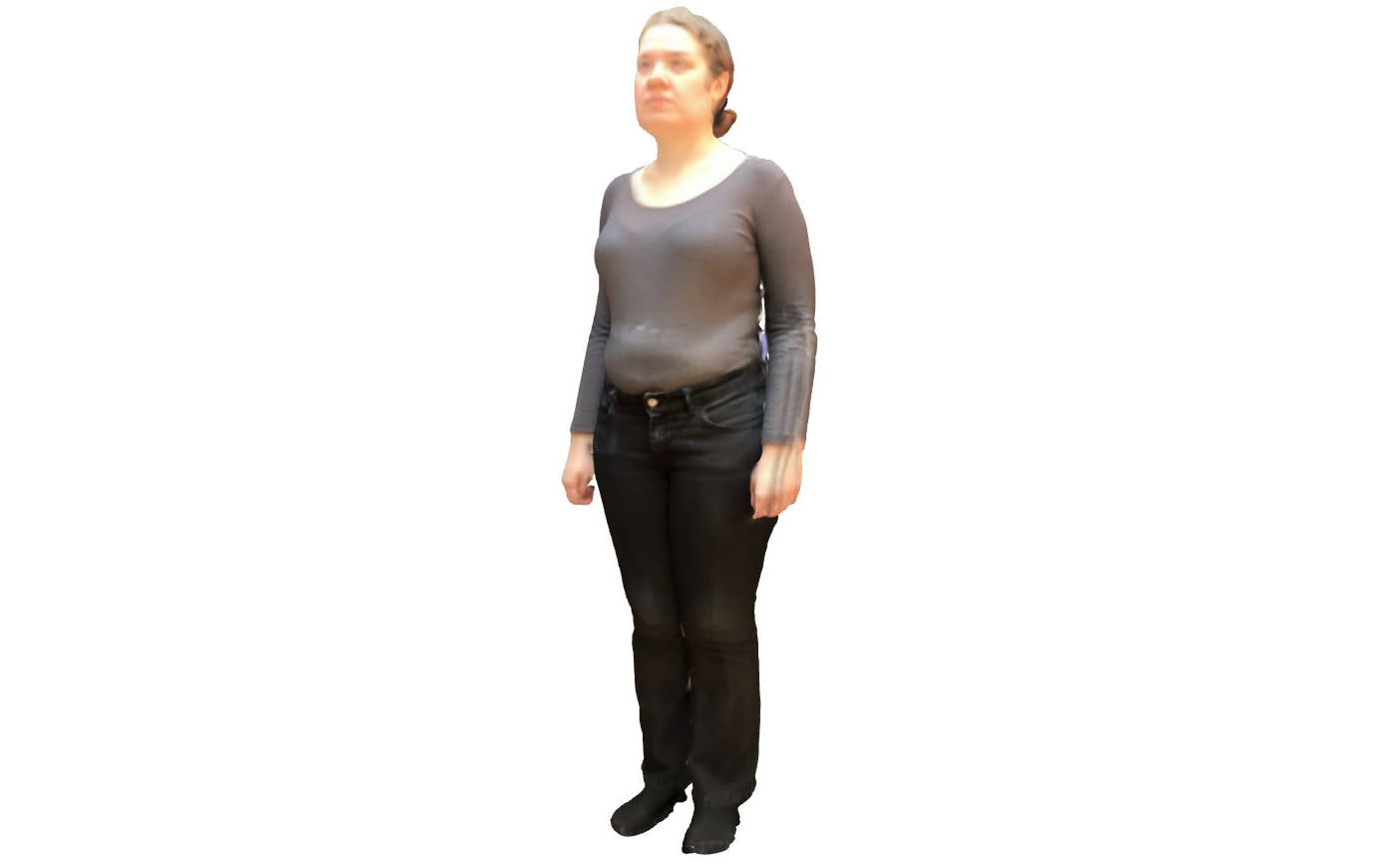 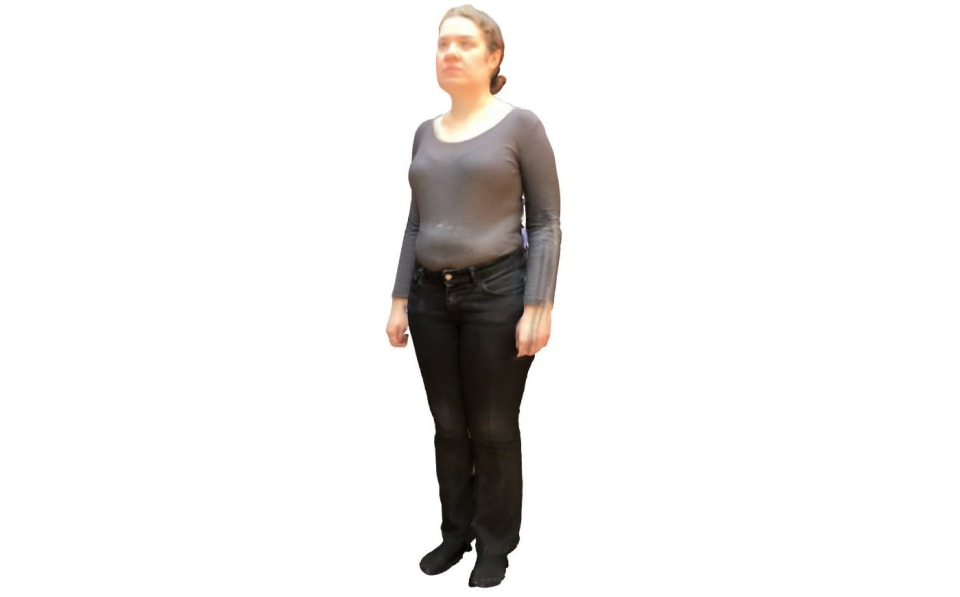 I am trying to get in shape. I work out regularly and have been eating better. But still, whenever I step on my Fitbit Aria scale, my weight or body fat percentage don't seem to have budged much. It's frustrating, even when it seems that certain parts have gotten smaller or more toned. Unless I whip out a caliper and pinch my bits of flab for precise measurements, I don't really know what's happening. The ShapeScale, available for pre-order starting today, might solve that conundrum for me. This $499 scale and 3D scanner creates a 360-degree image of a user's body, forming a colorful visual aid that highlights which bits are getting bigger and smaller. There are already a number of 3D body scanners on the market for a variety of uses, including health and fitness tracking. The ShapeScale stands out not only because it's smaller and cheaper but also because of how it operates. While existing scanners have you stand on a platform that rotates in front of a stationary camera, the ShapeScale rotates the camera around you. The idea is that if the object is rotating, the light shifts as it moves, which results in an inconsistent scan. But if the person stays motionless the light doesn't change, so everything looks the same from the beginning of the scan to the end. The ShapeScale's camera is implanted on an arm that you extend out from the platform, making three passes around the user, angling the camera further upward on each go-around to capture a person from head to toe. If the device sounds like it's filled with fiddly bits that could be easily broken, you're not entirely wrong. However, it's designed in such a way to protect the most vulnerable components. The whole rig can be folded up compactly, with the motorized parts all stored in the base for easy and secure transport. It's not heavy at all; you can carry it with one hand and easily swing it onto a shelf, under a bed for storage and maybe even into an overhead bin, if it's important that you measure your body fat on a trip. The ShapeScale takes all the information it's gathered to build a 3D representation of you. It's not a gray blob or blank mannequin, but it's you, stupid expression and all. You should be wearing tight clothes (think: gym wear) when you do the scan, so it doesn't accidentally read a baggy shirt as extra paunch. While I was wearing a pair of tight jeans and a long-sleeved Heattech shirt the ShapeScale was able to make a pretty accurate model of me, from the grayish-brown roots on my head to the bit of pudge around my waist. The ShapeScale also seems to think I'm a little cross-eyed. It's not the most flattering picture of me.

The level of detail for a home device is certainly cool -- but with only one scan, I don't have a heat map of where I'm gaining or losing weight yet. It's something you have to do on a daily basis, especially if you want to correlate your fat gain/loss to certain behaviors. To that end the app can store other metrics, but the ShapeScale data is meant to be exportable to other fitness-tracking programs you might already be using, like MyFitnessPal. I'm not sure if I'm ready for the level of commitment the ShapeScale requires. It's asking me to open it up, put on my tightest clothes (or be naked, I guess) and wait for it to do its thing every morning. That doesn't seem like a lot, but I also forget to weigh myself on my Aria sometimes, and that's literally sitting right next to my bed, ready to go. Then again, serious weight loss requires serious commitment. It requires getting more exercise, watching what you eat and maybe even having a 3D scanner take pictures of your gut every day. The ability to immediately see how your hard work is paying off is definitely a great carrot on a stick, and eventually you won't need the app to show you: You can check for yourself in the mirror.

Pre-orders for the ShapeScale start today at $499, with orders expected to ship out sometime in 2018.

In this article: 3Dscanner, applenews, bodyscanner, connectedscale, gear, medicine, scale, ShapeLabs, ShapeScale
All products recommended by Engadget are selected by our editorial team, independent of our parent company. Some of our stories include affiliate links. If you buy something through one of these links, we may earn an affiliate commission.