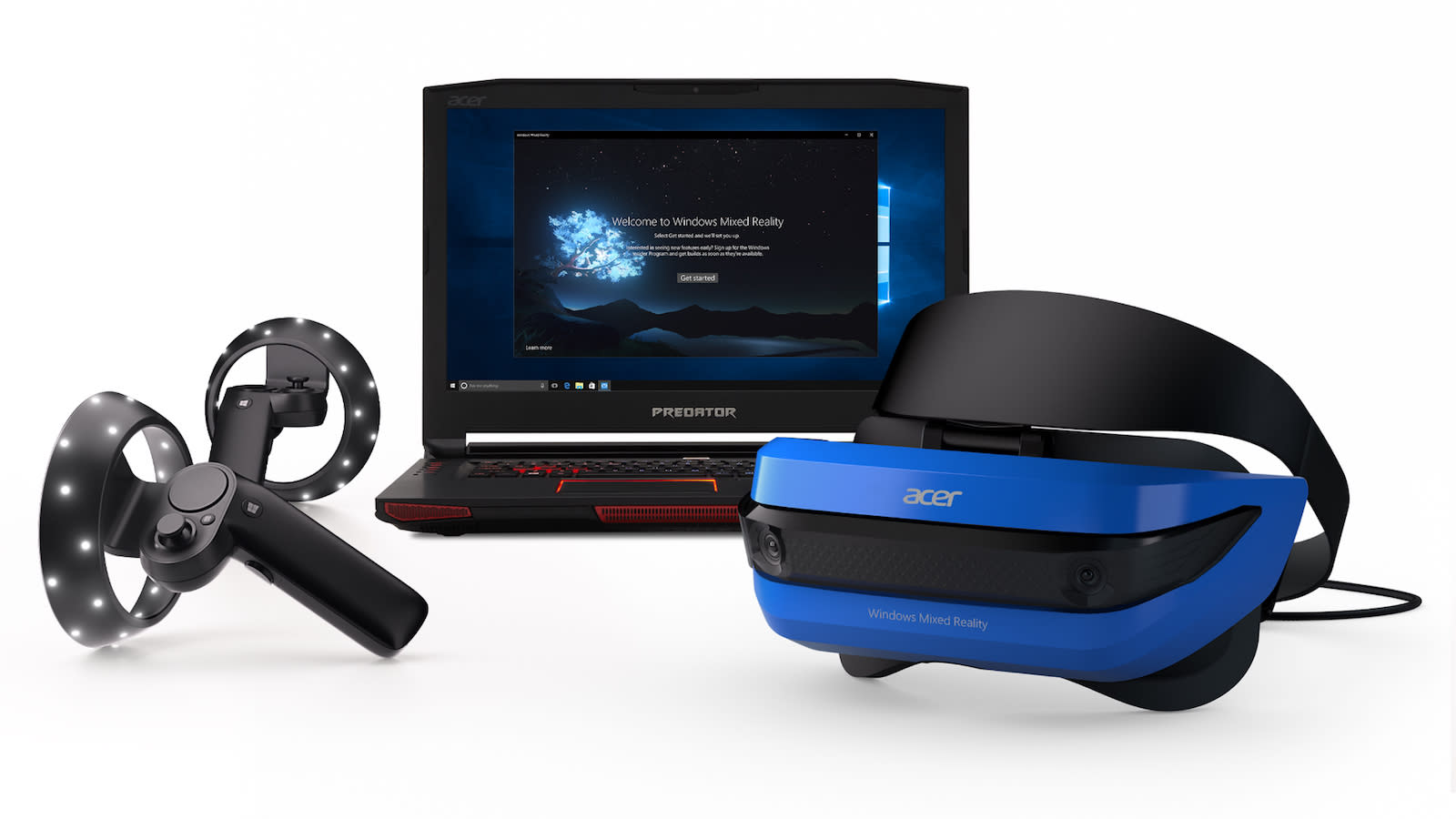 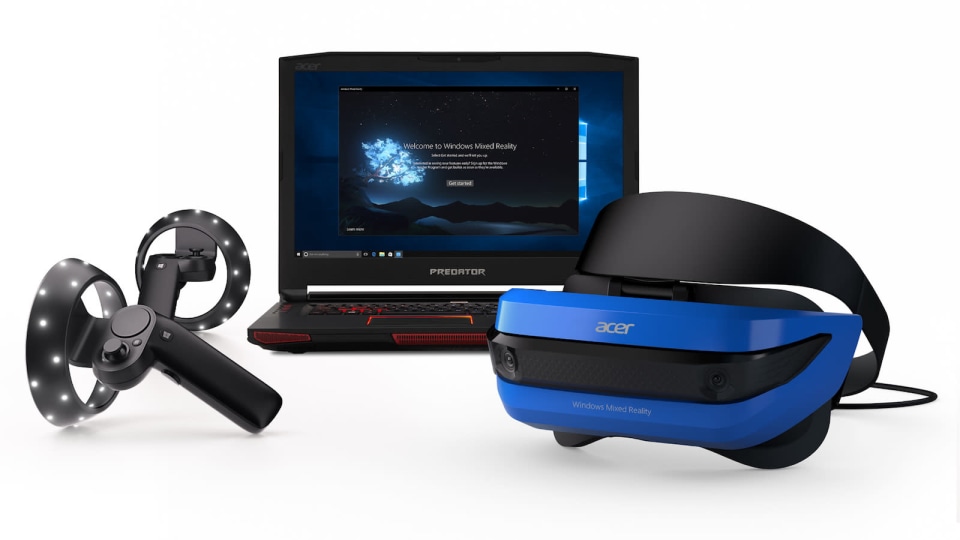 Microsoft's plan to bring augmented and virtual reality experiences to everyone is about to get a major boost. At its Build developer conference, the company announced that Acer's and HP's Windows Mixed Reality headsets will go on pre-order today in the US and Canada. The devices, which are geared toward developers, are expected to ship this summer from the Microsoft Store starting at $299 for the Acer headset. HP's, meanwhile, costs $329.

Acer will also have a $399 bundle that includes Microsoft's new, Oculus Touch-esque motion controllers, although those won't be available until the holiday season. Microsoft says it's already working with developers to come up with new experiences using its Windows Mixed Reality software kit, which will help them create universal apps for its entire AR/VR ecosystem. Of course, that includes HoloLens, the company's flagship $3,000 mixed reality headset. In this article: acer, applenews, ar, augmentedreality, build2017, gear, hololens, hp, microsoft, microsofthololens, mixedreality, virtualreality, vr, wearables
All products recommended by Engadget are selected by our editorial team, independent of our parent company. Some of our stories include affiliate links. If you buy something through one of these links, we may earn an affiliate commission.