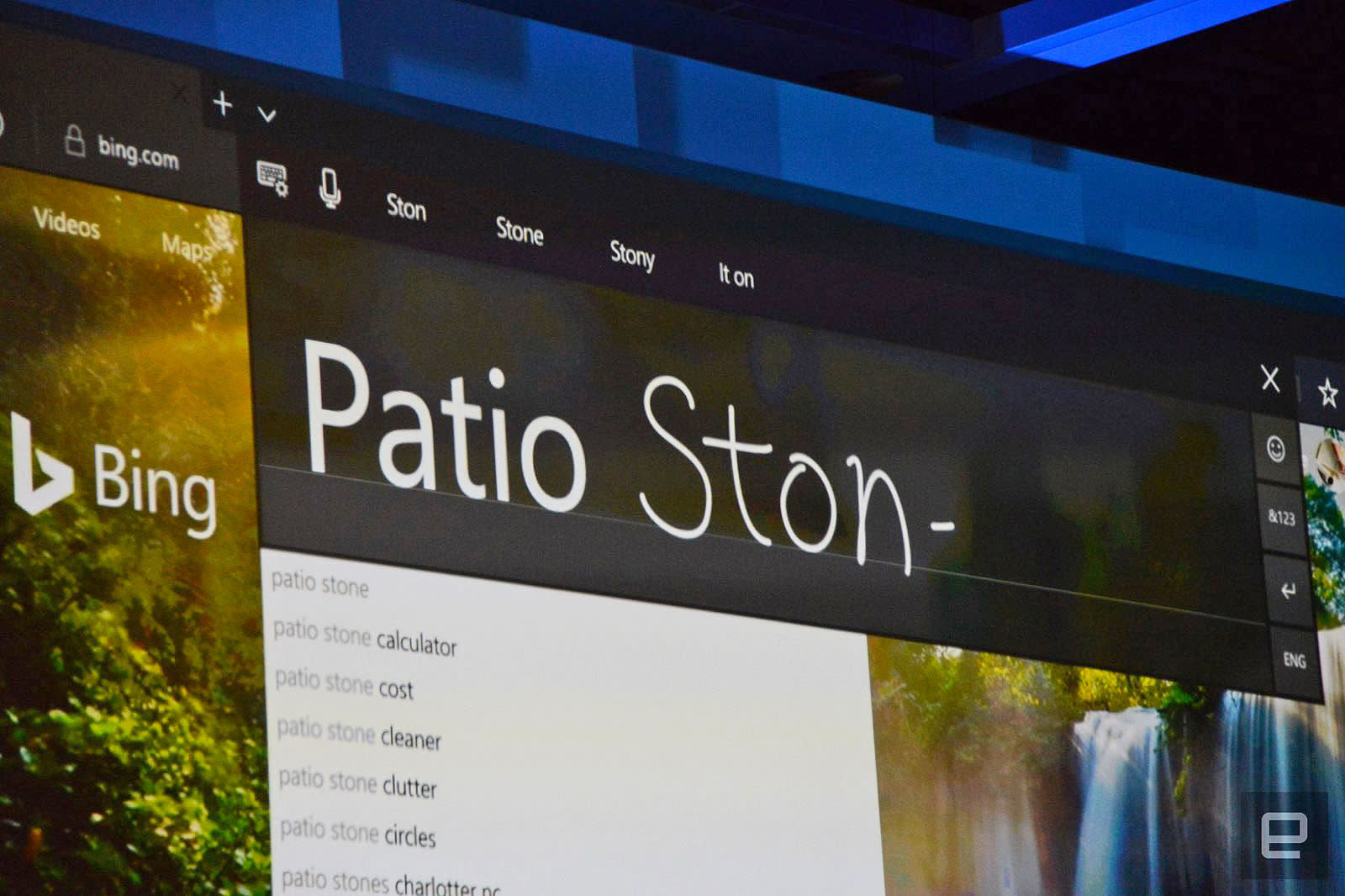 Microsoft is still keeping mum about the future of its mobile OS, but in the meantime the company is pressing forward with a plan to expand to various other devices. At its Build developer conference today, Microsoft unveiled its Fluent Design System, a framework the company says will "deliver intuitive, harmonious, responsive and inclusive cross-device experiences and interactions." Fluent Design will let developers create apps that work across "a wide range of device and input diversity." This means programmers can detect what types of input are available, such as touchscreens, mice, keyboards, microphones and cameras and integrate them into the app's functions. The system also lets developers tailor apps for devices with large screens or no screens.

The Fluent Design System is based on five key elements: light, depth, motion, material and scale. Through those principles, Microsoft is exploring the potential for input methods that go beyond a mouse, keyboard, touchscreen or pen. We're talking about things like using your voice or your gaze to interact with apps, especially in mixed reality scenarios. When all these elements combine, the end result will be software and experiences that extend far beyond your computer screen, as Microsoft explains it.

Windows Ink will also see a big upgrade with Fluent Design. Microsoft seemingly wants you to be able to navigate all of Windows with just a stylus. In the demos onstage today, examples like striking through a word to delete it in a Bing search box or using the Surface Pen to scroll a page show the potential for Ink in upcoming apps and Windows 10 as a whole.

One of the most obvious benefits of Fluent Design is its potential to make existing apps compatible with new platforms and devices like HoloLens or one of the many Windows mixed reality headsets we're expecting later this year. Cosmetic changes to the way Windows 10 currently looks are minimal, and the update will happen in stages over time instead of all at once. Microsoft says the rollout will be delivered to its Insider program users first and will arrive with the Fall Creators Update.

In this article: applenews, build2017, gear, microsoft, personal computing, personalcomputing, ProjectNeon, windows, windows10, WindowsFluentDesign
All products recommended by Engadget are selected by our editorial team, independent of our parent company. Some of our stories include affiliate links. If you buy something through one of these links, we may earn an affiliate commission.