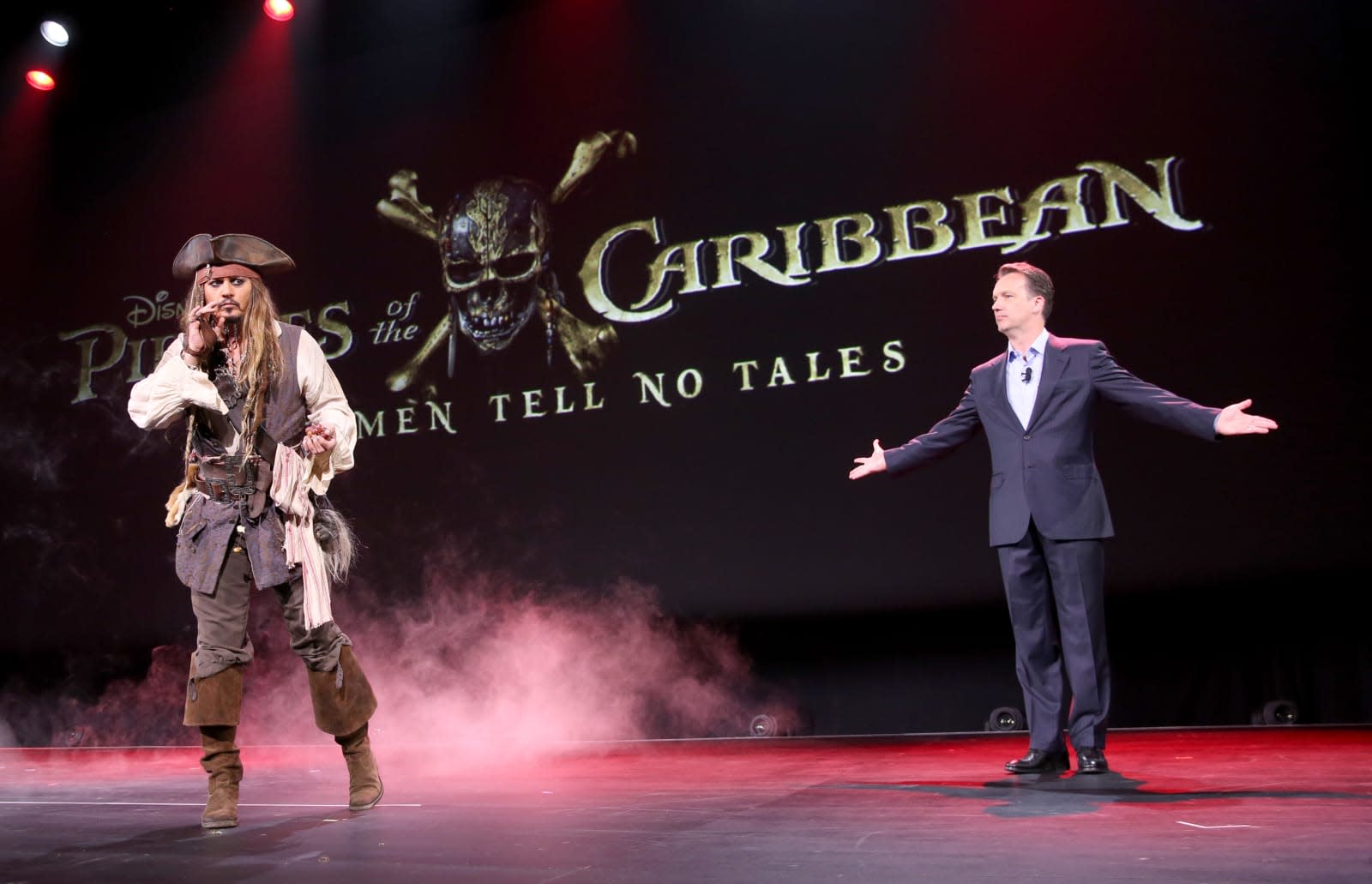 It appears that the latest studio to deal with an attack by criminals is Disney. The Hollywood Reporter and Deadline have heard that CEO Bob Iger told Disney employees that a group of hackers claim to have access to a copy of one of its upcoming movies, and are trying to charge a ransom in exchange for not releasing it to the public. Speculation points to high-profile flicks like Cars 3, while Deadline reports that it's the next Pirates of the Caribbean.

This pretty closely follows an incident where someone calling themselves "thedarkoverlord" posted episodes from Netflix's upcoming season of Orange is the New Black after stealing them from an audio studio and failing at an attempt to obtain a ransom payment. At the time, they claimed to also have content from ABC, FOX, IFC and National Geographic, but not Disney. It's not clear if that is related to this situation, but of course, it could be worse -- remember what happened to Sony Pictures?

Last week there were rumors that an early work print of Star Wars: The Last Jedi had leaked, although that appears to have been a hoax. Oddly, the details Iger reportedly gave employees are similar to the forum posts that kicked off last week's rumor, claiming that the threat is to release five-minute sections of the film unless they're paid. Disney has not responded with an official statement or comment, we will update this post if we receive one.

In this article: applenews, disney, gear, hackers, PiratesOfTheCaribbean, ransom, security
All products recommended by Engadget are selected by our editorial team, independent of our parent company. Some of our stories include affiliate links. If you buy something through one of these links, we may earn an affiliate commission.