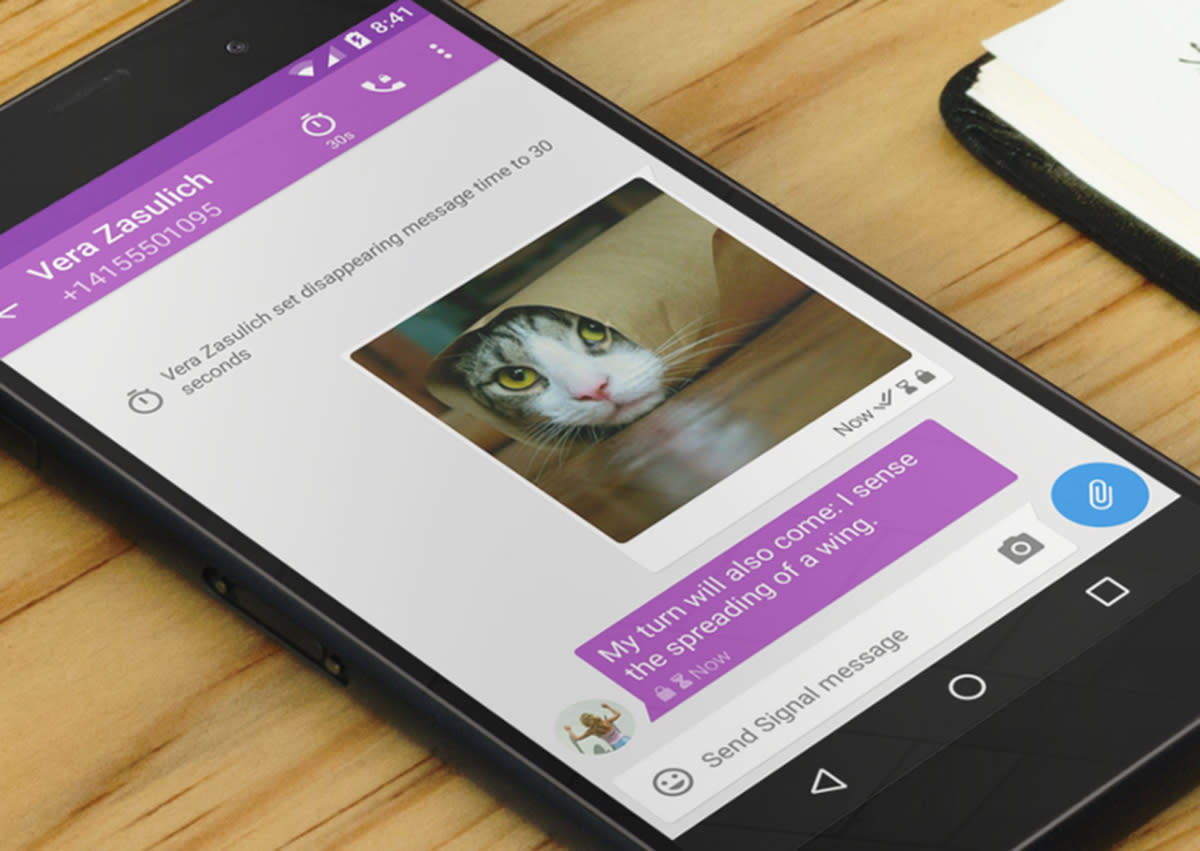 The United States Senate has been taking cybersecurity more seriously than ever before, thanks to the DNC leaks and various government cyberattacks. Senate Sergeant at Arms Frank J. Larkin and his team have recently finished encrypting all Senators' websites, and it turns out he has also approved Signal for official use by Senate staff members. Sen. Ron Wyden, a privacy and encryption advocate, has revealed that Larkin's office has given one of the most secure messaging apps out there its seal of approval in a letter thanking the Sergeant at Arms for his efforts. While the letter was sent on May 9th, ZDNet says staff members were first allowed to use the app for official business back in March.

That the current administration would approve Signal for official use came as somewhat of a surprise. Back in February, House Republicans Darin LaHood and Lamar Smith demanded an investigation into the EPA's use of secure messaging apps to secretly express their dissatisfaction with President Trump's policies. They said encrypted conversations can "run afoul" of the government's record-keeping rules. Nevertheless, Signal's approval isn't really groundbreaking. The National Archives and Records Administration told ZDNet that Senate staff members are exempt from those rules, so long as they don't use encrypted apps for anything considered "historically valuable."

In this article: applenews, gear, internet, mobile, politics, securemessaging, senate, signal
All products recommended by Engadget are selected by our editorial team, independent of our parent company. Some of our stories include affiliate links. If you buy something through one of these links, we may earn an affiliate commission.