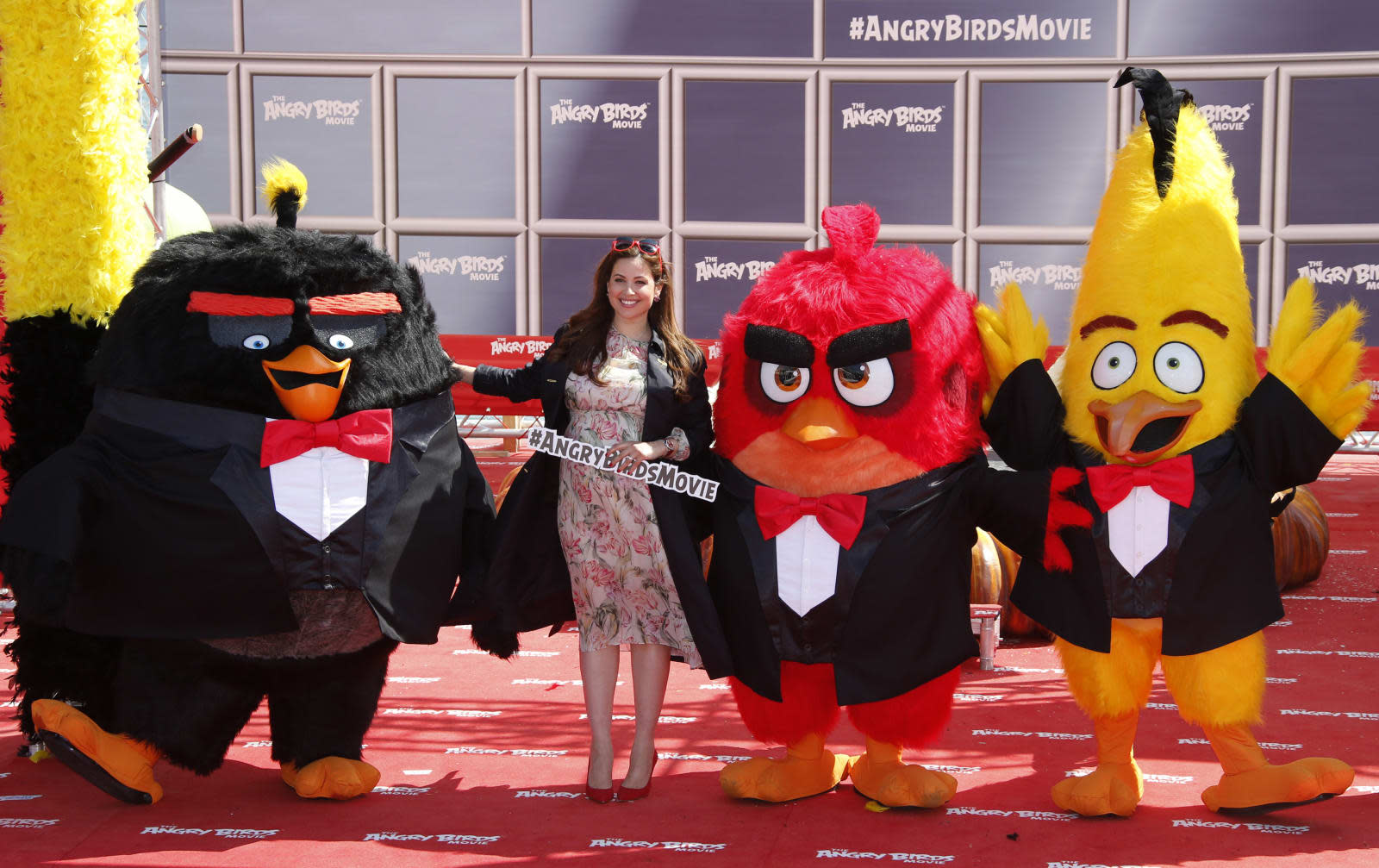 How will you celebrate the 10th anniversary of one of Finland's biggest exports? No, I'm not talking about electrical machinery or oil -- I mean Angry Birds. Well, Columbia Pictures and Sony are doing so with a sequel to the furious fowl's silver screen debut, aptly titled The Angry Birds Movie 2. A Rovio blog post details that the film will be released September 20th, 2019 and that Thurop Van Orman and John Rice will serve as director and co-director, respectively. Maybe the production team can come up with a better title in two years' time.

While those names might not be familiar, what they've worked on prior should be. Orman has a credit on Adventure Time and Rice has storyboarding for and animation on Rick and Morty and The Simpsons on his resume. Voice actors haven't been confirmed, but it's a pretty good bet that the original cast (Peter Dinklage, Maya Rudolph and Jason Sudekis, among others) will return for some family-friendly porcine genocide.

Why is this getting a sequel? Well, when the budget for the first was $73 million and it raked in $349,779,543 according to Box Office Mojo, a second installment was all but guaranteed -- kind of like the inexplicable Now You See Me trilogy.

In this article: adventuretime, angrybirds, AngryBirdsMovie, angrybirdsmoviesequel, angrybirdsthemovie2, angrybirthdsthemovie, applenews, columbiapictures, entertainment, gaming, mobile, rickandmorty, rovio, sony
All products recommended by Engadget are selected by our editorial team, independent of our parent company. Some of our stories include affiliate links. If you buy something through one of these links, we may earn an affiliate commission.