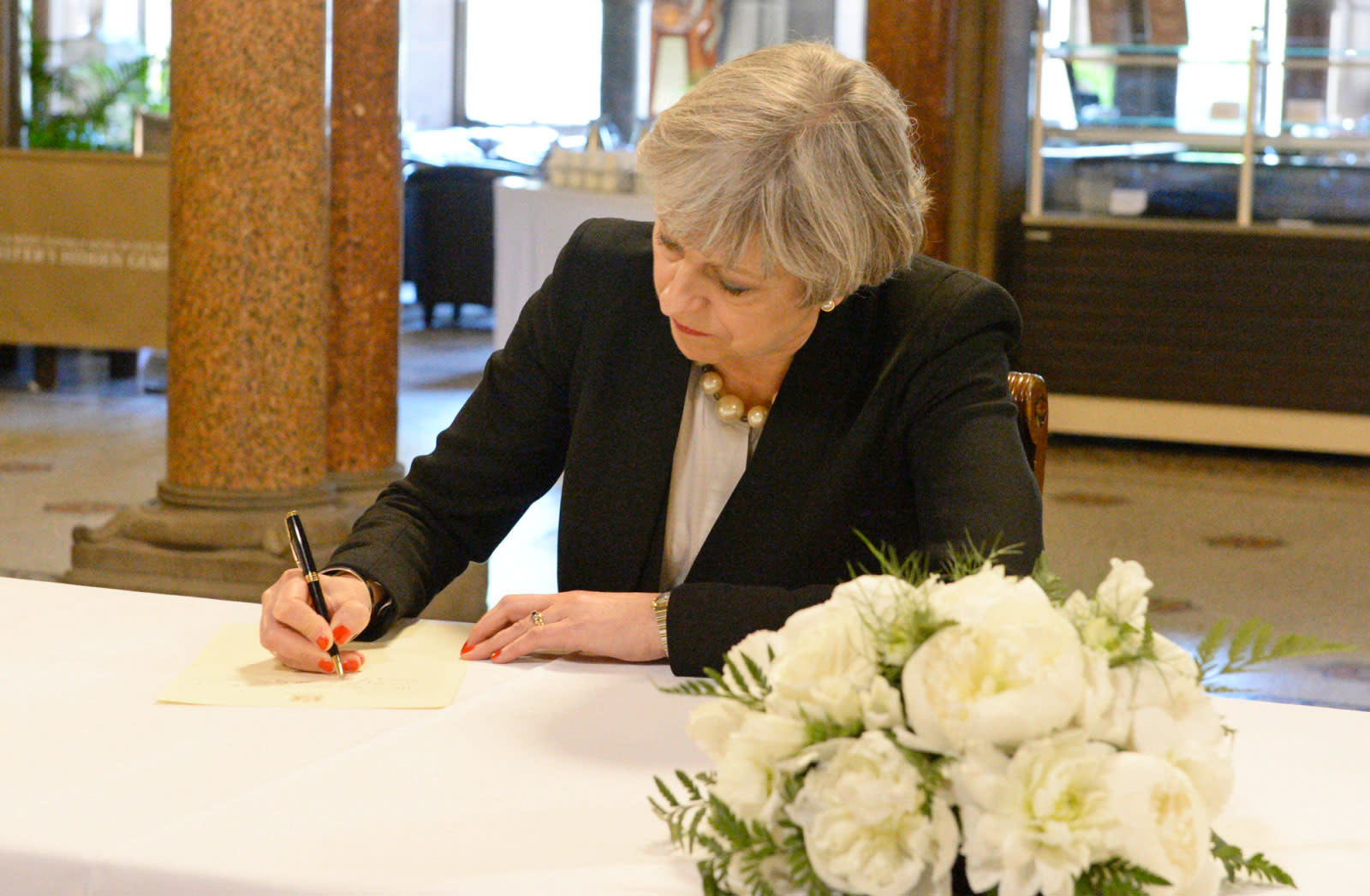 British Prime Minister Theresa May called on global leaders at the G7 conference in Sicily to force internet and social media companies stop the spread of terrorist content available online. "Make no mistake: the fight is moving from the battlefield to the internet," she said in a statement. May called on companies to develop tools to automatically identify and remove extremist materials, block the users who post it and report such activity to the authorities. The Prime Minister also announced the creation of an international forum to encourage industry leaders to share information and technologies to curb the spread of terrorist content. In addition, May proposed that regional governments cooperate by returning and prosecuting foreign fighters via improved "intelligence-sharing, evidence gathering and bolstering countries' police and legal processes. The Guardian's Anushka Asthana reported on Twitter that May's initiatives have the backing of President Trump, as well.

May's comments come just days after a terrorist attack in Manchester. Her call is for governmental action, but tech companies have already stepped up to try and curb the spread of terrorism. Facebook, Microsoft, Twitter and Alphabet-owned YouTube are creating a shared database of "hashes" for any terror-related content they remove from their services. Twitter tripled the amount of terrorist accounts it suspended last year and Google launched a series of ads aimed at dissuading would-be terrorists from joining extremist organizations. Engadget has reached out to several tech companies for comment on this matter. Twitter responded by pointing us to this past March's Transparency Report, which contains details on the company's proactive steps to curb content like this.

There is a fine line between protecting free speech and cracking down on violent groups bent on killing in the name of an extremist cause, of course. May's proposals likely have the best of intentions to protect citizens around the globe, but some administrations some administrations have a mixed history of blanket solutions that may cause more harm than good.

Update: "We want to provide a service where people feel safe," says Monika Bickert, Facebook's head of Global Policy Management, in a statement. "That means we do not allow groups or people that engage in terrorist activity, or posts that express support for terrorism. Using a combination of technology and human review, we work aggressively to remove terrorist content from our platform as soon as we become aware of it — and if there is an emergency involving imminent harm to someone's safety, we notify law enforcement. Online extremism can only be tackled with strong partnerships. We have long collaborated with policymakers, civil society, and others in the tech industry, and we are committed to continuing this important work together."

In this article: applenews, britain, facebook, G7Summit, gear, google, internet, politics, primeminister, theresamay, trump, twitter
All products recommended by Engadget are selected by our editorial team, independent of our parent company. Some of our stories include affiliate links. If you buy something through one of these links, we may earn an affiliate commission.