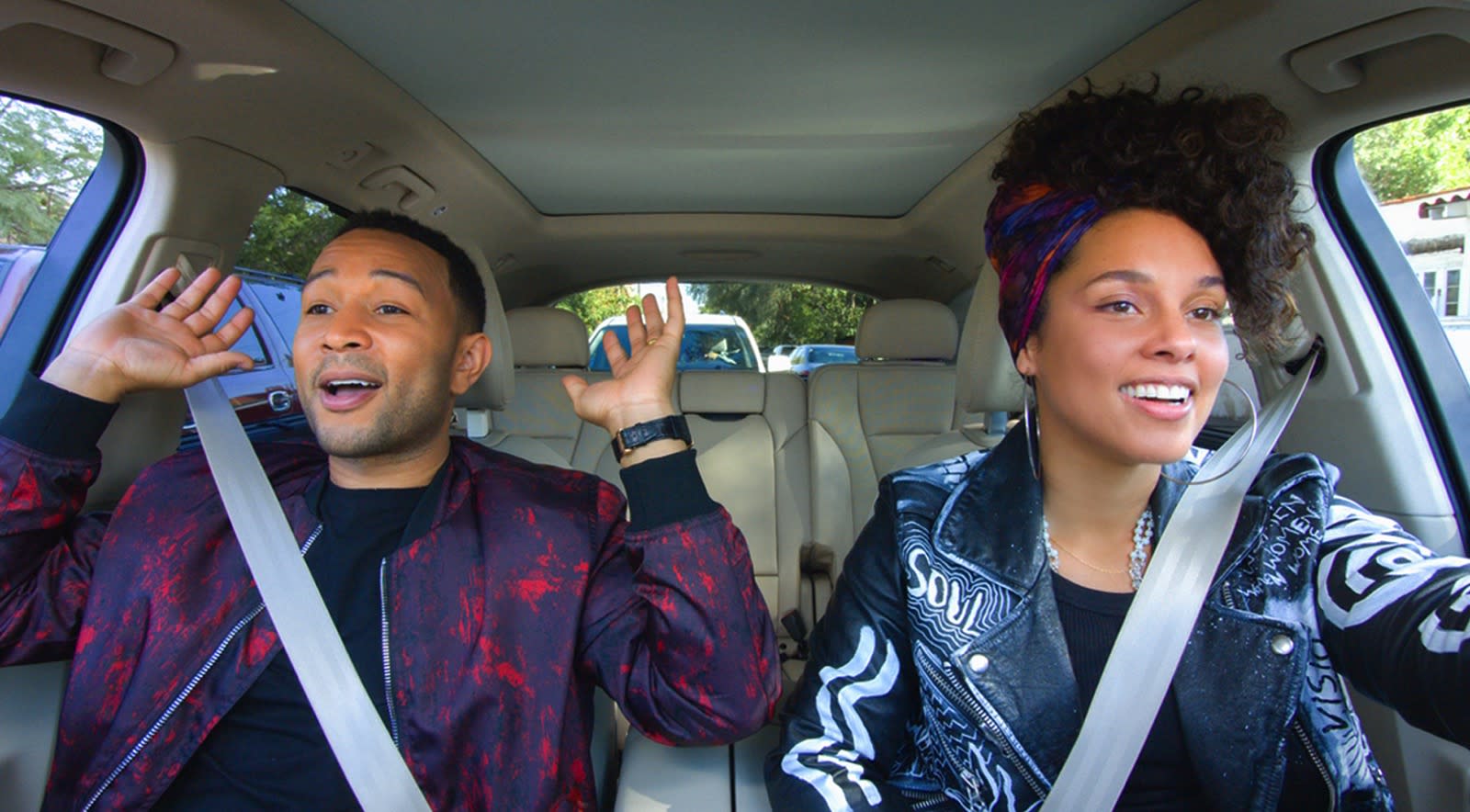 Fans of Late Late Night's "Carpool Karaoke" have a lot to look forward to. Apple's newly-acquired exclusive series has been planned for a while now (though it's already been delayed ), and will include celebrities like Ariana Grande, Will Smith, Alicia Keys and Metallica. Even with the possibility that Corden may not host, the fun-filled, joyous tone of the show shines through in the first trailer. Today, Apple's own senior vice president of Internet Software and Services, Eddy Cue, tweeted that the show's popular sing-along musical series will show up August 8th on Apple Music.

You'll need an Apple Music subscription to see the 16 episodes planned, of course, which could bring quite a few more folks into the fold. Apple promises "many of today's biggest names in music, television, film, sports and pop culture buckling up and belting out their favorite songs for a road trip filled with comedy, conversation and music."

Apple's on-demand music service has been adding various exclusives to keep people interested and paying for the privilege, with a video-centric redesign and celebrity content like Harry Style's documentary with an included haircut. "Carpool Karaoke" has a much broader appeal, of course, with episodes like the one starring Adele going viral on the internet. The segments will continue to air on Corden's own show on CBS late night, even as the network gives the go-ahead for a new faux-reality show on Snapchat. This convergence of traditional broadcast and internet-centered content is one that Apple really should capitalize on or be left behind.

In this article: apple, applemusic, applenews, av, carpoolkaraoke, entertainment, internet, jamecorden, video
All products recommended by Engadget are selected by our editorial team, independent of our parent company. Some of our stories include affiliate links. If you buy something through one of these links, we may earn an affiliate commission.