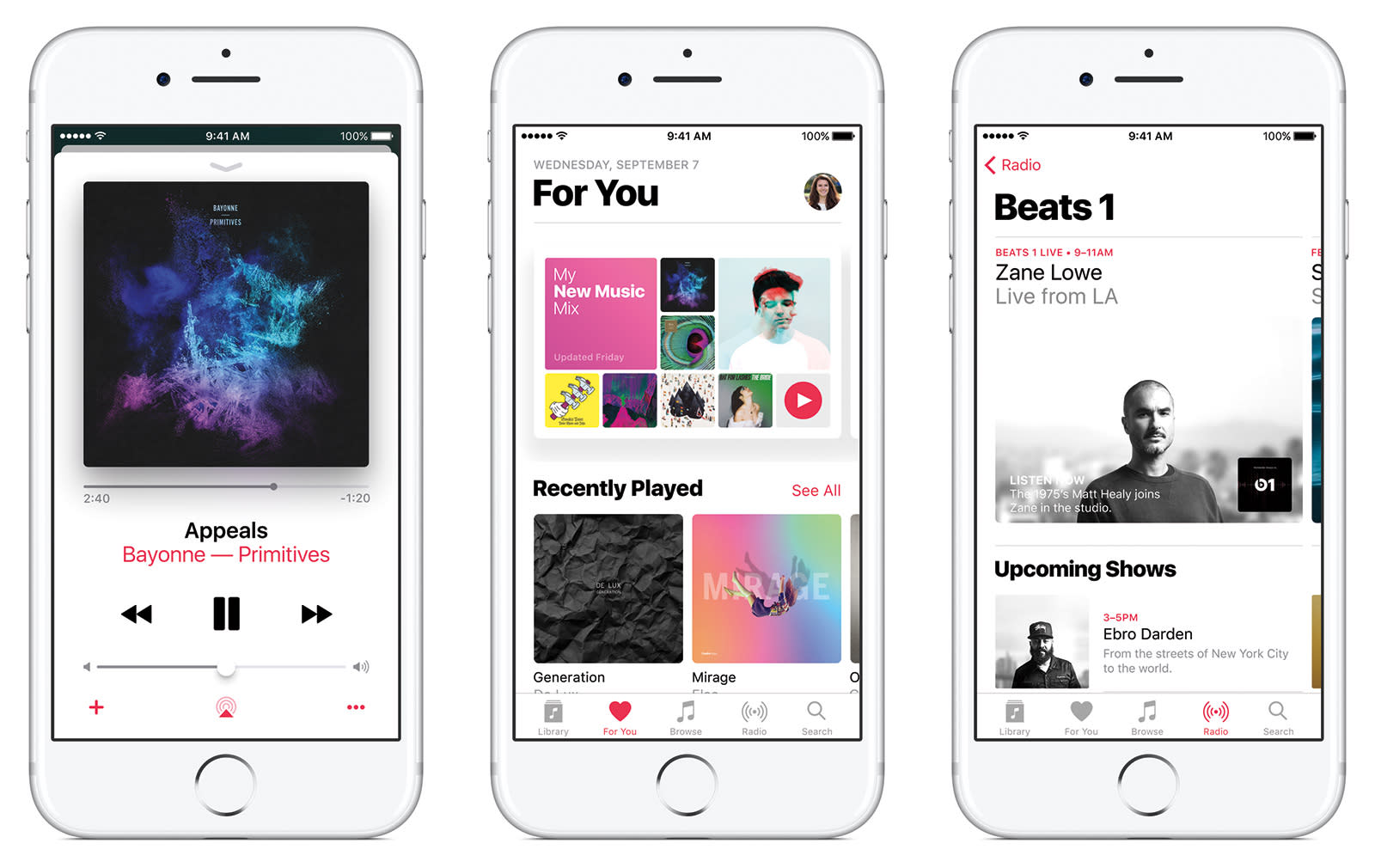 We know all about Apple's plans for Planet of the Apps and Carpool Karaoke, but it looks like the company has bigger things in mind for its music-focused series. Bloomberg reports an Apple Music redesign will accompany the next version of iOS we're likely to hear about at WWDC in June. The new look is said to do a better job of showing off video, a format Apple has big plans for moving forward.

Bloomberg explains that Apple plans to debut up to 10 different music series on the streaming service before the end of 2017. Some of those we already know about: Planet of the Apps, Carpool Karaoke and documentaries about labels Bad Boy Records and Cash Money Records. We also got word this week that a Clive Davis documentary would be exclusive to Apple Music as well as details on the Up Next series that focuses on notable new artists. However, one new item Bloomberg notes is a possible R. Kelly series. And yes, it's a sequel to the hilarious Trapped in a Closet videos from a few years back. Apparently the Dr. Dre biopic Vital Signs is still coming as well.

WWDC 2017 would be a year since Apple Music's last big redesign. The current version focuses on discovery and helping you find the music you're looking for much quicker. With Apple's focus on streaming as a key element of iOS, it wouldn't be a surprise to see more changes this year as part of the larger overhaul of the mobile operating system. Of course, Carpool Karaoke is delayed until "later this year," so perhaps the company wants to tweak the viewing experience before rolling out its jam-packed slate of original series.

In this article: apple, applemusic, carpoolkaraoke, entertainment, originalseries, planetoftheapps, redesign, rkelly, services, trappedinthecloset, video, vitalsigns
All products recommended by Engadget are selected by our editorial team, independent of our parent company. Some of our stories include affiliate links. If you buy something through one of these links, we may earn an affiliate commission.