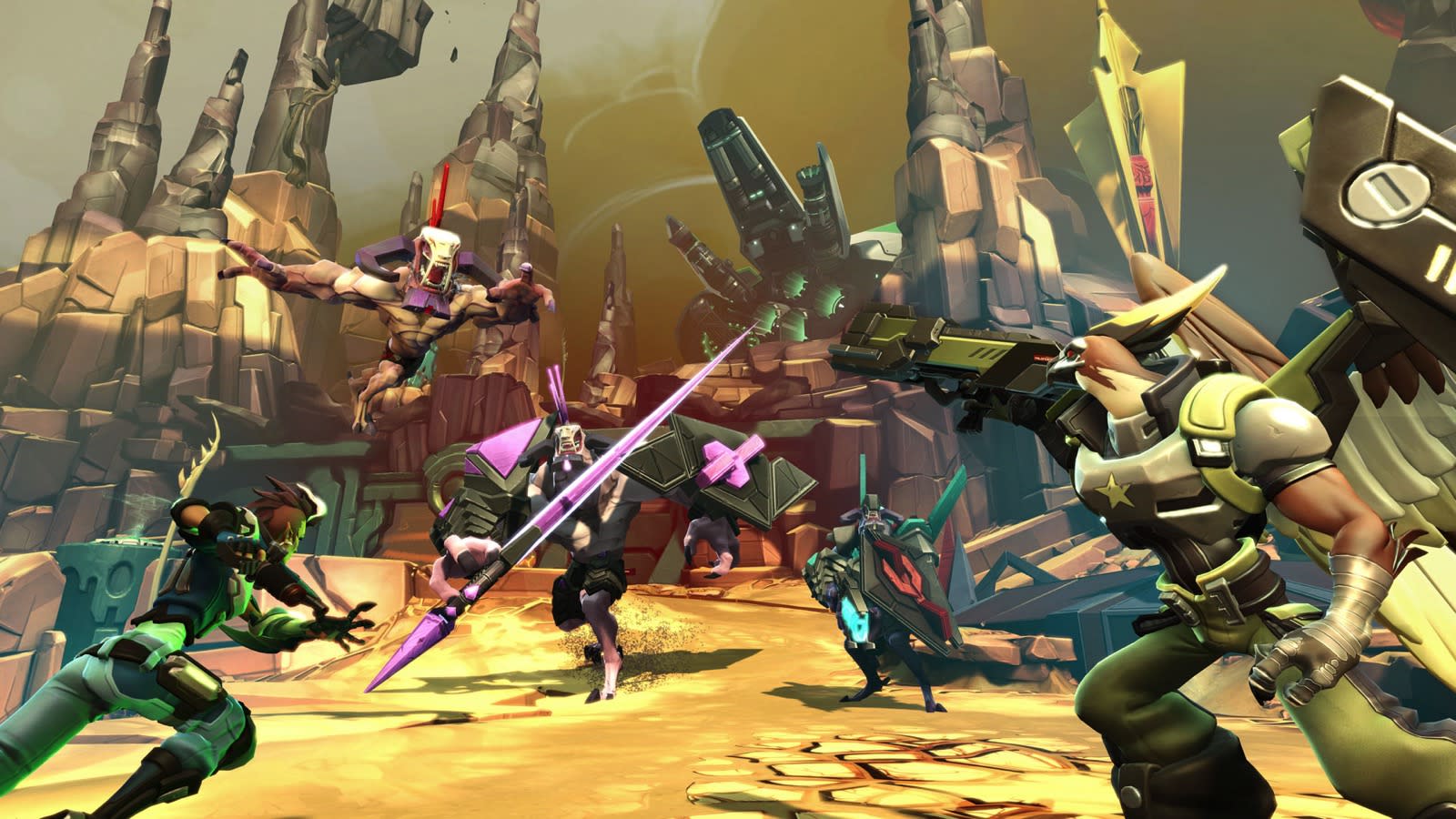 We all had high hopes when Battleborn was shown off at E3 in 2015. The first game from the studio that brought us Borderlands mixed MOBA and FPS genres to create something that looked even more dynamic and fun than previous arena-based shooters like Team Fortress 2. Unfortunately, Blizzard's Overwatch eclipsed 2K's friendly shooter and left Battleborn far behind. Last year, the publisher offered a price cut and a new hero in hopes of attracting new players and encouraging game owners to return to the action. Today, in what might seem like a last stand for the arcade shooter, Battleborn is available as a free trial for new players on PS4, Xbox One and PC via Steam.

Interested players can download Battleborn and have unlimited access to all the multiplayer modes and maps without any time limits or level caps. There will be a weekly rotation of six free heroes from the full roster of 30, letting you try out different heroes each week. Any level or hero level progression will be permanent, which is great if you end up playing the same character in a subsequent week.

If you're a new player, you'll get matched with other low-level new players as part of a special matchmaking queue. Once you reach a command rank of 20, though, the Novice Queue will go away and you'll join the rest of the players in the main matchmaking lobbies. In addition, free trial members will be able to practice their basic skills with new training modes, including an Incursion tutorial, which will show you the ropes of the player vs. player competitive arena, and The Dojo, which lets you try out all 30 heroes against AI enemies.

Once you've invested some time in the Battleborn free trial, you can unlock various other modes that come with the full retail game, like the single-player story mode, other, non-free heroes and experience boosters for in-game credits that you can earn or buy with Platinum, the currency you can purchase with real money. If you want, you can also upgrade the whole game at once. You'll get credit for any content you bought separately, as well, so there's no penalty for a la carte purchases. If you already own the game, you're automatically given Founder Status, which grants you bonus content like "Legendary" gear, 1,000 Platinum and 50,000 Credits, loot packs and a special "Founders Crown" for your heroes to represent as they fly into battle. There isn't any end date planned for the free trial and it's available now on console and PC, though you can only access the trial via the web (Xbox One, PS4, Steam); at least on PS4, the Try Now button isn't in the console PSN store.

In this article: 2k, applenews, av, battleborn, borderlands, free, freetrial, games, gaming, internet, trial
All products recommended by Engadget are selected by our editorial team, independent of our parent company. Some of our stories include affiliate links. If you buy something through one of these links, we may earn an affiliate commission.