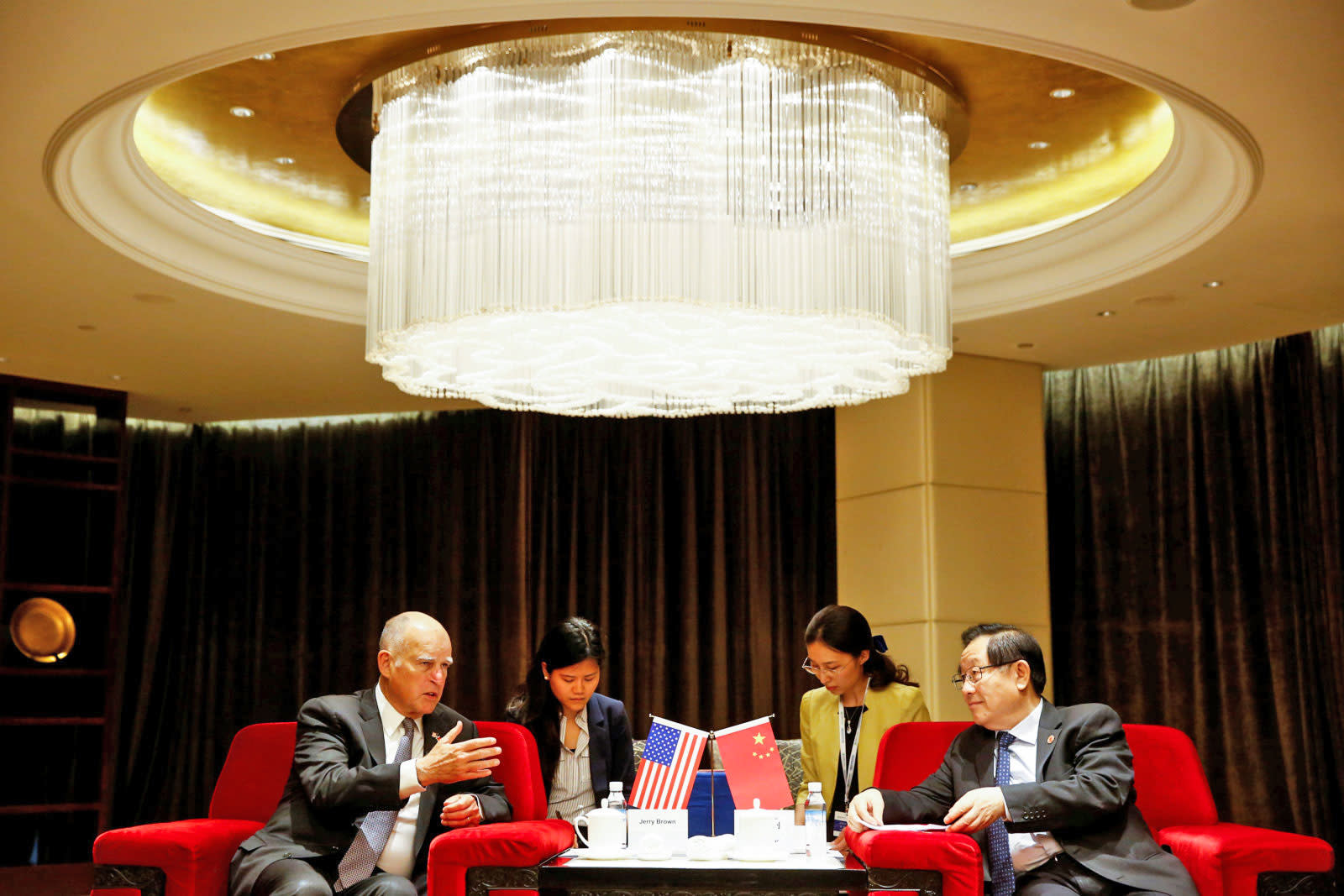 The Trump administration's decision to leave the Paris Accord has already prompted some states to forge their own pro-environment pacts, but the latest such alliance is... unusual. California and China are forming a partnership that will see the two work together on clean energy technology, including carbon capture and IT that can keep greenhouse gases in check. They'll also unite on emissions trading and additional "climate-positive" initiatives. It sounds like a contradiction to work with China when it's notorious for its pollution, but it makes more sense in light of the country's recent efforts to turn itself around.

China is in the midst of an aggressive push to become the world's preeminent source of clean energy. And it's not just for the sake of the planet -- it sees clean tech as a way of boosting the economy. In addition to the jobs that come from producing solar panels and wind turbines (it's already a giant in those fields), it could sell unneeded electricity to other countries. One of the nation's key energy officials, Li Junfeng, has even gone so far as to say "coal is over" -- a sharp contrast to the current US government's eagerness to defend coal whenever possible.

If there's a problem, it's that the team-up may take a long time to get going. You might not see much emissions trading when China is currently focused on its very large domestic market, and the deal is more than a little lopsided when the world's most populous country is involved with a single US state. Both are hotbeds for eco-friendly tech, however, so it wouldn't be surprising to (eventually) see some progress that wasn't possible before.

In this article: applenews, california, china, cleantech, energy, environment, green, parisaccord, parisagreement, politics, TL17CLMCHG, tomorrow
All products recommended by Engadget are selected by our editorial team, independent of our parent company. Some of our stories include affiliate links. If you buy something through one of these links, we may earn an affiliate commission.